Party Etiquette for the gate Crashers

Why you Encounter Writer’s Block

Party Etiquette for the gate Crashers 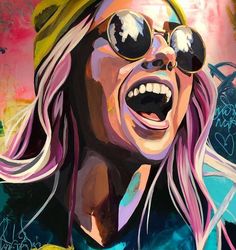 To begin with, you have not been invited to the party as a gate crasher.

And because you have no invitation, it means you were not wanted there. But you have forced yourself into the party. For some reason, you will find gate crashers having more fun than the host. And that’s the biggest rule to break at a party; you can’t enjoy yourself more than the host.

I was shocked when I came across that rule. I think I have broken it many times.

You have your place at the party, better know it and stick to it, here are some of the people in the party and you can easily pick your spot from this list;

The event planner and the service crew are not even in the party as such, they are not having fun. They are at work.

The main guests, the plus one are the real people at the party, they were expected. All they have to do is just flow with the night. The only people out of place here are the gate crashers. The fact that you are a gate crasher shows that you have no etiquette in the first place. You have crossed the boundary. However, you are here now.

As a gate crasher, you want to look as normal as you can, you don’t want people asking you who you are and how you are related to the host because you won’t be able to explain. I don’t know where a gate crasher gets the nerve to even penetrate a party he wasn’t invited. Maybe a friend tagged you along and he was told not to bring someone. Maybe you saw posters of the party in the streets and decided to just invite yourself.

What you need to know is that you have no hierarchy in this party. A gate crasher is at the lowest level of all attendees. You see the way you have the guest of honors in fundraising and we have members, a gate crasher is just there among the crowd, like a bystander. Some parties are exclusive, and you won’t even bribe the doorman to get in. however, some parties are semi-exclusive, they are like an open casting call anybody with acting potential can attend. However, there are those who are still expected to attend, and those who show up as a surprise.

Another thing you can’t do at the party is to compete with the host in any challenge and win. There are those small competitions at the party; singing, dancing, karaoke, beer pong, and even donating. You just can’t do it better than the host. The moment you win is when all the attention will shift to you. Remember I said avoid attracting any attention as a gate crusher. You will be breaking that rule by winning these competitions.

Another thing a gate crasher cannot do is crash weddings, how dare you? Crash only neighborhood parties and event launches but not a wedding. By a gate crasher here I don’t mean just a guy who goes to a party uninvited. That’s just some lame shit. I mean a guy who was tagged along. A plus one is a gate crasher, as long as the host doesn’t know you in person you are crashing.

It is the same way someone can post a picture and tag you along, you don’t own the picture. And you can’t start commenting heavily on it. That’s how you want to treat parties you have been tagged along.

You can’t drink too much and start talking a lot at the party, any form of miscalibrated behavior is a no-no. You want to just make small chitchat here and there. Be low-key, that’s the key to pulling off a gate crash.

You shouldn’t be here really but there you are. That’s what you need to remember all along. Sometimes you just find yourself in the wrong places but at the right time. I won’t mind finding myself in a barbecue cookout even if I wasn’t officially invited.

Invitations can be limited. They are always few, most Nairobians would say “I invited only my close friends”. But that doesn’t prevent gate crashers from storming into places they are not invited. Whatever you do, just don’t overstay your welcome and remember to stay in your place.

And what am I even saying, there are gate crashers who will come and take over the party. They will stage a coup like Eastern African militiamen who overthrew governments back in the 80s…they are there.