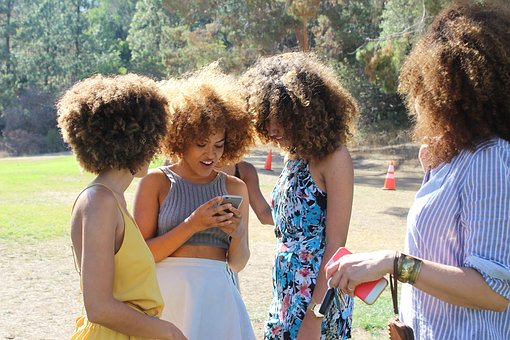 Hate or love it.

Love me or leave me alone.

Only God can Judge me.

It is this way or the Highway.

You are either with us or with them.

These are hard bargain statements not even hard sell. The person saying these things is thinking in black and white, no grey areas.

I was following an online argument and at one point, someone said “that’s the situation, deal with it, you either take it or leave it”. I don’t want to go into the details of the argument but that caught my attention, and things rarely get my attention.

When someone said, “take it or leave it”. Another person replied along the lines of “it is not about taking it or leaving it, it is about what makes a better society or creates a win-win situation for everyone”. That was a genius observation. It came from a lady.

There are sure some intelligent women out there. I felt her.

Take it or leave it is a selfish statement to some extent. I would say it is one-sided not even selfish per se. It is a bargaining tactic used by someone inconsiderate.

What if the other side leaves it and you were in dire need of what they are offering. You both walk away not getting what you want from each other. Because only a desperate person will agree to that type of bargain. That of taking it or leaving it.

You are even betraying your true feelings when you accept something you don’t want deep down.

In most instances, there is always a middle ground that can be reached. If you just deep dive the other party on what they want, I am sure you can find a level playing field that will work out for everyone without resorting to inconsiderate ultimatums.

However, if a person lacks options, and the other party is too demanding then he can tell them this “take it or leave it”.

Another crazy ultimatum is that of “you are either with us or with them”.

I have had this used on me a couple of times with callous people or guys who may be needed me on their side. And the only way to get me to support them was by saying “you are with them if you don’t agree with me”. Well, what if I don’t agree with either side?

That is a question most of these black and white thinkers don’t consider. I might be neutral.

Life is lived in the grey area and not on the extreme ends.

Being with you does not mean I will agree with all your opinions. You might be wrong on some things.

The third crazy ultimatum is that ‘Only God can Judge me‘.

Yes, people will judge you just by looking at you for a few seconds or spending a few minutes with you so don’t think how you look or what you say don’t matter.

Just stay at home if you don’t want people to judge you. Don’t go into the world, whatever you do keep it to yourself and don’t ever show it to the public. And I am sure you can see tell that kind of a life is impossible.

As long as you are serving humanity in any way people will judge what you are offering and compare it with what other people have and make a decision whether to buy something from you or be your ally based on your value.

It is the word ‘judge’ that irks many people. So as I have read in other places, it is ‘discriminate. That is what happens most of the time.

People discriminate against that which they don’t like about you or don’t want from you. It is the truth, for God’s sake you also do it. And thus don’t start saying ‘Only God can judge me’. I am sure even God is not happy with such a way of thinking. He will judge when you go to the other world but while alive and here, humans will judge or they will discriminate.

Telling someone not to judge and just accept you as you are especially if you need something from them in exchange for what you have is just bizarre. News headline, They will judge or rather discriminate.

Take it or leave it argument is used by someone who thinks you have no options at all. This person sees themselves as too way on another league far from you and you better just accept what they are giving or else you will perish according to their thinking. Otherwise, if you were an equal to them, they would have negotiated calmly and reasonably to reach a fair settlement for both sides. This person might also just be an arrogant prick who thinks only about themselves and to hell with everybody else.

It is hard doing business with such blockheaded guys. The thing to do is tell them your side and see if they are willing to reconsider this “take it or leave it” statement. If not, walk away. The powerful guy is the one who is willing to walk away from situations that don’t favor him.

You can end up in very bad deals if you just keep taking whatever you are offered. And I believe most of these people saying “take it or leave it” are just knowingly holding something back from you or just even testing you. They are not genuine in most cases. They can offer more that favors both sides but they don’t want.

These ultimatums are not deal-breakers as people who dish them out want you to believe, don’t squirm when you encounter them. Push further and you can get your way most of the time.

It is only my grandma who used to make these ultimatums when we were young, she would cook something we don’t want and say to us “take it or leave it”, African parents drives a hard bargain a lot.

Now, take it or leave it.