Pills eaters, where are you? be it PrEP or PePs…whichever is your drug of choice I don’t know. But let’s just revisit all this stuff. When P2 was introduced, girls went crazy over it swallowing it like groundnuts because apparently ladies don’t fear HIV, what they fear is pregnancy. And that was the street vibe from chics for a long time when it came to having raw sex and rushing to chew p2 later on. And of course medical experts warn chics that P2 wasn’t meant for use like that, it was just for emergency situations only. And a majority of chics stopped eating it like rabbits eat carrots and just went back to condom use.

On the other hand, scientists and researchers are quite hardworking and innovative and have tried all kinds of things to find the cure for HIV but none has been completely successful. However, they have been able to come up with all types of measures to manage the disease which we all appreciate and salute. Let’s make a toast to the great strides that have been made in curbing the spread of HIV virus in the recent years. However, just like the way many girls avoided condom use because there was p2 so have many men abandoned condom use because there is PreP and PEP pills that can be swallowed before or after unprotected sex to stop HIV from attacking. What a fallacy.

Yes, I hear it works when you swallow those PrEP or PeP pills but first of all let me start by saying that I don’t like drugs. Actually, that is the reason people avoid diseases in the first place. Having to take drugs everyday of your life for something that you could have easily avoided. So, it doesn’t make sense to avoid drugs by taking drugs. I don’t want to take HIV drugs at any point…whether Arvs or PrEP or PeP. All those are HIV drugs whether you have it or not. I don’t like drugs in my system at all and actually many people don’t, that’s why they won’t finish their dose even when a doctor instruct them to. On the other hand, I think you get immune to drugs at some point right? So I will just do the normal routine of using condoms or just chill if possible. 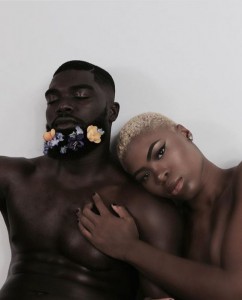 Trust me most people on drugs are on them because they chose to. Most diseases can be avoided by adopting the right lifestyle. And HIV is one of those diseases that you can completely avoid if you practice a healthier way of life.

If you work out at least once, observe your diet and have a peace of mind and avoid risky behaviors like raw sex, you won’t need drugs. How will you need drugs when you are leading a healthy lifestyle? Weed, cocaina and heroine can too be avoided if you seek better ways of solving your problems instead of hiding behind drugs every time you are stressed. Unless you are a drug peddler and you have to taste your new supply to confirm if it is legit, I don’t find a reason guys with good families and education would be engaging in drug use. Drugs are not good for your health unless you are sick of something and a doctor prescribe some medicine for you.

P2, PrEP and PeP does not protect you from other deadly STDs that you can contract by having unprotected sex. A friend of ours has recently been hooked to these PrEP and PeP pills and my advice and that of every reasonable hommie to him has been that these pills will not protect you from syphilis, hepatitis B or herpes which you can easily get when you have unprotected sex. Actually you can still get some STDs even if you use condoms but the chances are lower so either way you might want to screen for the people you jump in bed with. But of course it is way more easy picking up funny diseases when you smash raw. Condoms are not for HIV only right? It is about self love at this point if you ask me. You can’t just be careless with your body by banging strangers raw.