They do it because they can’t help it. And they are just women anyway. No matter how many times you tell them that players will hurt them, they won’t listen. That’s like telling a child not to eat sweets.

Have you heard this statement before “I knew he was a player or I just suspected from the first day we met that he is a player”. You hear these statements from a slay queen who has just been scorned. It is like she was subconsciously looking for a player. You can’t help a woman when it comes to making decisions, she will do whatever gives her goosebumps. And nothing gives a woman goosebumps than a stylish playboy. They chose players on impulse!

Players are sexual and women are sex 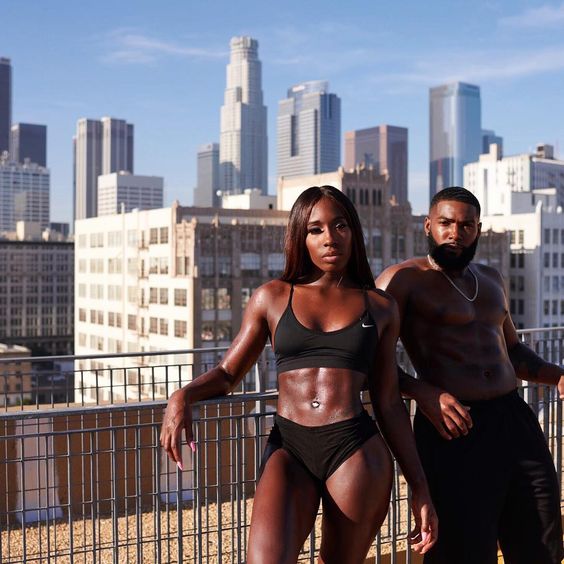 Men like sex but women are sex. And where will a woman get sex from if she is straight? Your guess is right, from a sexy guy who portrays that. You can be a sexy dude but don’t show it. I am sexy but I hide my sexiness in clothes. I don’t want to break hearts. Players are sexy and very open about it. They are sexual in their interactions with women and females can smell this in them. They show sexual confidence. And women can’t help but want to go down on them.

You can be a good man but spend all the time watching NetFlix in your TV room or the office working after hours. If you live such a lifestyle you are of no benefit to women who want to get laid. Yes, you are a good man but you are inaccessible to females, you are not out there interacting with them and getting to know them deeply. You are good for society but not for female lust.

A woman will choose a player if a good man does nothing, and that brings us to the next crucial point;

They are not afraid to go out and approach women and give them what they want. Your good boy over there might have a 1st class in Landscape Architecture from the University of Nairobi, and make a clean six-figure salary but he ain’t just making a move. He knows about landscapes but he is not a lawnmower. It is the same way good citizens who don’t vote end up electing bad leaders unknowingly. It’s the same case with dating, players will play the game and win as opposed to the good boys who stand by the sidelines and watch.

And women are always in a hurry, they will pick however is doing what is supposed to be done as other slow men dilly dally around sending them useless emojis. Men have to show up and play or else there will be no game. And playboys do play.

Players are good in bed

Experience is still the best teacher. You will not be magically just good with women in the sack unless you’ve been there countless times. And yes, playboys have had women come to their beds several times. By player I mean a guy who is very good with women, I wish I clarified this in the beginning so that you don’t get confused about what I am talking about. I don’t mean some guys who play around and do nothing in the end, those are jokers. Suckers.

Back to players being good in bed, it’s because they have been around the block. He is not even a player as such, he just happens to be good at shagging girls. A man is limited to his abilities and options.

They are not bad people as they get portrayed in social media. There are good players who genuinely just love some female warmth next to them, and then there are heartless playboys who dupe women with love. I don’t like the heartless ones too, a good seducer seeks to leave a woman better than he found her. And seduction is not bad. Women want to be seduced. And players are just doing them justice. Women like men who like women.

And if you are a player just keep it to yourself, I don’t want you going around showing all that playboy vibe because of what I wrote in a blog, keep shit in-house, no bird shit.