Okay, it is very strange that this group among the female species is crazy football fanatics. Yesterday Manchester was playing with Liverpool and I was getting all the highlights from my female friend’s status. None of my male friends had anything about sports on their timelines. I was shocked. All over Whatsapp and IG, I saw lots of emotions from the female fans of these two great teams. I am not a football fan, I can’t remember the last time I watch a full 90 minute game. However, I am a blogger and I notice patterns around me. And I have observed some unique things about ladies who follow the premier league more than drama tv series.

They feel like there’s no man in the house. The moment you tell your gal that you don’t watch the weekend games with the boys, they feel like you are less of a man. That’s when they decide to be the man in the house. You will find that as much as they like sports, they don’t want a man with the same knowledge in sports like them. A man who is into sports will start trying to convert them into supporting another team they don’t like. However, most of their male friends and brothers watch football.

You can’t be a girly girl and still like sports, the feminine type is busy watching the Kardashians in the evening and not even concerned about football transfers and off sides. All the girls I have known who liked football are tomboys. I know this because I have been very close to this group of females. I don’t know why all females I had a fling with were football fanatics, remember I told you that they like men who are not into football? That is why.
If they are not tomboys. They are slowly turning into that, trust me on that. I like tomboys, they are endless fun!

It takes great loyalty for a female to support anything. Women ain’t loyal (Chris brown voice). And if you see a female backing up Arsenal or Manchester despite their losses for years, then she must be one loyal ass chick. Women don’t like losers either, I don’t know how they survive with these teams that take a beating every weekend. It must be hard on them. If it was me supporting Arsenal or Manu, I could have jumped ship by now. I can’t stomach losses for long…hell no! 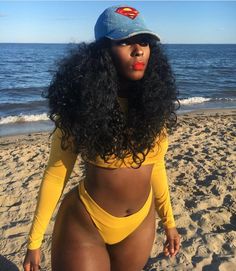 They can surely compete, sports are very competitive. And only the most aggressive females who are confident enough to compete try to keep up with sports. They can tell you all the weaknesses of other teams, and why they are bound to lose in the season run for the English cup. It is only in sports that you can learn about competition and how to win and lose. This is one of the traits that make women who love football quite attractive, they can equally compete in life and win…continue going girls.

They can handle heartbreaks

As much as they are loyal, sometimes their teams disappoint them. There is nothing that hurts a woman as a man who doesn’t deliver. These football players and coaches who promise a game or a season of a lifetime only to end up not scoring even a single goal breaks the hearts of these female fans. They are not different from men who promise women a night of a lifetime only to give a sloppy performance. They are a bunch of frauds. Game after game, we see these teams lose but their fans keep hoping for a better outcome next time. You are truly tough when it comes to handling heartbreaks.

This is obvious, it is not even a point and that’s why I said 5 things on the title. The last point is usually just a takeaway. There is no way a fan who shouts like that when her team wins cannot be noisy. I can assure you that just as they shout in the living room during Arsenal games, so are they in other areas of their lives, I can even add that they are screamers.

How do I conclude this; I don’t know how you females came to love football, and it is none of my business. However, you are all welcome to be part of the cheering team.