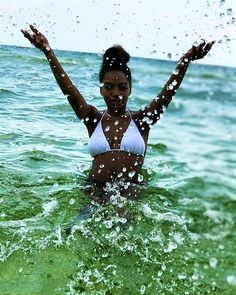 Nice men are considered boring because it’s said that being ‘nice’ is just a bare minimum and anyone can be nice. It is not a quality to brag of. And thus, people cannot want to be loved for being nice. You would rather be kind. All that nice gets you is a small ego boost and lots of smiles, like the one you give a puppy.

You wonder what is nice and what’s kind…the two seem kind of the same…I watched this YouTube video by the Style OG which broke it down to details;

Kind comes from an abundance mindset whereas nice is not necessarily from a position of abundance. A kind person knows there is more where that which he is giving came from whereas a nice person just offers things for a show. Nice people are thus considered showy, and thus nice might be fake.

Kindness comes from a position of authority whereas nice comes from a position of weakness. Imagine a new shy intern at a firm; he is nice to everybody at the company because he fears being fired or rubbing off anyone the wrong way. Now, imagine your CEO, he is rather kind because he holds so much power over his or her people. I can even go further by saying kind is the responsibility of strong, powerful individuals.

Nice people do something expecting to be rewarded for it in most cases, whereas kind people do something good and walk away…even forget about it. A kind person will forget that he did something kind a long time ago. In fact, he will be shocked when you remind him of what he did for you. He doesn’t keep track of it. That’s why kindness comes from an abundance mindset.

Nice is common, whereas kind is rare…there are so many pushovers, whereas legitimately strong kind people are rare. Nice people are all over because as I said, it is a regular quality. However, kind people are hard to come by.

Kind is humble, whereas nice is sneaky. Nice is meant to get something out of people, whereas kind is just humane.

Nice people are gullible, whereas kind people are not. nice guys get taken advantage of…you see the men carrying handbags, paying unnecessary bills for people, being overly helpful, those are nice men. However, kind people will be good but not be turned into doormats.

Nice people end up bitter whereas kind people are happy. This is because nice guys think that by being overly accommodating and too friendly, the world will reflect the same back to them. Well, it doesn’t happen like that…nice people realize the world is cruel and doesn’t give a shit about their niceness…they get screwed a lot. However, kind people will be good and at the same time expect a certain level of respect. They will set standards for treatment and are willing to walk away if those standards are not met.

Kind people have value, nice people don’t. In most cases, a nice person doesn’t have much to offer and instead chose to be nice whereas kind people have something substantial and does not really depend on the gratification of others.

Nice is selfish, kind is generous. Nice is for self…whereas kind is selfless.

Kind is good, nice is too good to be true. Nice is like selling out, people have flaws and when you are acting too good, people don’t really buy it. It is like there is something you are hiding. The kind can thus be trusted whereas nice is hard to trust.

It’s not a good thing when a girl calls you “nice”…there might be something you are not doing right. I don’t know about you but the moment a woman refers to me as a nice guy, I always know that’s a nail in the coffin. Every time they call me an asshole, it means I am winning…I might get some.

Nice is flattering, kind is a genuine compliment. As I said, it is not a good thing when people see you as nice, there might be a weakness in your armor. However, if you get called kind then you are legit, solid but still considerate.

You are programmed to be nice, deprogram yourself, change that code. It is not good for your survival in this world system. You were told to be nice to people but don’t die trying to please everybody. Nice people think they can make everyone like them. It is not just possible, and that’s why nice guys end up bitter. They think being nice shall pay but they later realize when it’s too late that it doesn’t work like that.

Nice people lament how the world is cruel, tough kind people don’t. Nice people expect so much from people, they lack outcome independence in situations. Kind people know that nobody owes them nothing, and they remain solid no matter the outcome.

Nice for what? Be kind instead!