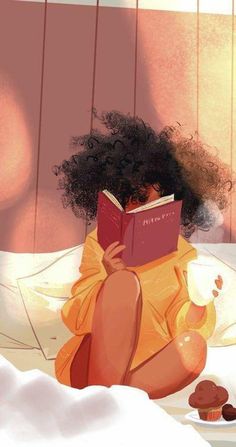 Everyone says that they can work under pressure when interviewing for a new job. I tell you the hr guys hear a lot of lies. I think they even know you are lying when you say some of these rehearsed things. After two weeks into that job, you will be complaining that the heat is just too much. Don’t ever say you can work under pressure…it is a very ambitious statement, you won’t be committing, you will be incriminating yourself.

Telling an employer you can work under pressure is like approaching a girl with a cheesy pick-up line, she can see right through your bullshit. You are just joining the chorus of many people who have told them before that they can work under pressure. It is nothing new to them…instead tell them you can manage a tight schedule, that’s better!

When I was writing an article for some guy I came across a certain law on pressure called the Yerkes-Dodson law, this law states that pressure leads to arousal that boosts performance to a certain point. However, too much pressure has a negative impact on performance. And thus moderate pressure is what is required for optimal performance. But this law also stated that if you are performing an easy task like washing a car, then too high or too low amount of pressure has a minimal effect on performance. It is only when executing complicated tasks that you need to regulate the pressure…regulator!

When you are working out at the gym, to grow some muscles you put them under tension and too much tension can tear up the muscles and make them repair and even grow bigger. Think of it that way.

I am not into laws, I like being free of them, but if you put heat on some things, they melt. I was watching Devils’ advocate and there was this scene I like, where Al Pacino who is one of my favorite actors was trying to hire a young lawyer to join his firm…and then he said “there is one thing, pressure, some people you press them they fold”. However, I like the reply from Keanu Reeves who played the young lawyer role, he didn’t reply. No reply is one of my favorite replies. The guy couldn’t afford to talk about pressure when he was being offered a $400/hr job.

When the offer is too good, just don’t even talk of pressure. What are you even talking about really? Are you talking money or you are talking nonsense. There is more pressure if you don’t have money so don’t mind working under pressure.

That movie was quite crazy, it is a horror movie. It got me thinking if lawyers work for God really, I think 90 percent of lawyers are people who gave up on heaven at a young age. They are going straight to hell if hell is even real. It reminded me of my lawyer friend’s desk. Whenever I pass by the office to say hi to him, I usually find piles of files to be cleared all over his desk. I ask him how is work? And he usually tells me “you can just see”, he doesn’t have to answer it. It is so clear he is under pressure. However, lawyers make big bucks so the pressure is quite worth it. There is useless pressure, being under pressure for nothing.

If you can work under pressure, it is a good thing, as for me, I don’t like pressure…what I can do is work continuously for long hours but not under pressure. I am a workaholic but the pressure is a different thing, I have been asked by people many times to write out a thousand-word article in 2 hours and of course, I did that. I have been writing for over 5 years now so that is a light one.  My typing speed is also off the charts. However, what motivates me here is the money…there is money at stake so I will just have to get it no matter what.

The best way to make people work under pressure is to put money on the table…just put your money where your mouth is and see people scrumble to get it. Don’t have people working under pressure just for the sake of it. They will stop and ask themselves “what are we even working for?”. We need pressure for nothing. Of course, you will realize that most people who demand others to work under pressure usually have nothing much to offer. They are all but pressure people…

Pressure makes you feel under siege. The worst type of pressure is social pressure…they say you can feel it all around you, and there is nowhere to escape. It is like a fly trapped in a spider web. You don’t need social pressure.  The pressure to look good and act right all time, hey let me tell you that even if you wear the same shirt every day nobody in the streets will notice. People are busy in their worlds out here to notice what’s going on with you.

If you think all eyes are on you, it might not be the case, you are not Tupac or some Hollywood superstar who gets stalked by paparazzi all the time. One of my blog followers lives in my hood and he told me he has seen someone like me around several times but he said I look too simple for him to even believe that it was me…he later bought me a drink and said that he didn’t imagine someone like me would be that creative…huh you got no idea!

This is the problem with a little internet fame, people think you have money that you don’t. Is this what makes celebrities go into depression and kill themselves?

Let me telling you something another friend of mine told me about your icons, if you are to meet them, you will be disappointed. They are far from what you expect. It is not because they are lairs but because you have unrealistic expectations of people. They are just regular people like you with byronic flaws. They are portrayed as picture-perfect in magazines and show business but they are not. Just approach them on a personal level and they will be happy to meet someone who at least treats them as human. Next time you are talking to your boss, ask him about the cologne he is wearing, the artwork in his office…do not talk about those excel files only, he is already under too much pressure from work, be a refreshment.

If someone was to notice something is going on with you, they must be crushing on you so hard or just a busy body. Social pressure sucks, I would rather deal with work-related pressure than social pressure, however, I don’t feel much of social pressure, it disappears as you get experienced with social settings. I think societal pressure is also useless; the pressure to get married, have kids by 30, make a million dollar, buy a sports car at 40 is not just needed. It is good to have a little bit of it as that law said, it will give you the arousal to perform. It is hard performing when you are not a little excited. However, too much of it is poisonous.

Do you think you can work under pressure? Or you don’t need unnecessary tension…let me know! I am out of this pressure.