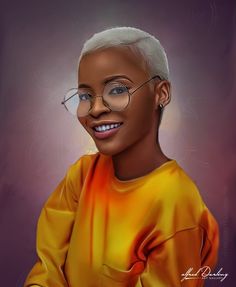 So sometimes back I learned that PR was heavily influenced by an agriculture graduate from Cornell University back in 1912 called Bernays, and the first successful Ad he executed was a cigarette Advertisement…the Ad showed women, who at that time were not smoking, smoking cigarettes in the streets as a sign of freedom from a male dominated society. It was a great work of reverse psychology, a genius marketing idea or was it deprogramming? I don’t know. All I know is that since then, women started smoking and cigarette got a new market, and pr and advertising even got better with women picking up a lot of male products from the shelves.

If you are keen on consumer behavior you will notice some weird trends that leave you chuckling at times. I like observing things that females do and I keep wondering why they are even doing that. I was staying with my sister a long time ago and I noticed she buys men’s cologne instead of women’s. I dismissed her as a tomboy considering that she grew up with boys for a long time.

One day I just asked her why she prefers men’s cologne, and she told me it sticks longer, fair enough. I moved on from that. But it didn’t end there…a female friend of mine was hanging out with me and I noticed she has good skin so I asked her what she uses on her skin, she told me she uses milking jelly, the solid petroleum jelly men in the village use on their cracks…she was a slay queen so I didn’t expect her to use that.

She said that lotion clogs her skin pose. Well, the right lotion leaves your skin moisturized, but that’s women for you. another female friend of mine told me she uses bar soap to shower…men she is light-skinned and she looks fine as a dime, I can’t imagine her using bar soap.

A few days ago I was talking to some chic and she confirmed to me that she also uses that men’s roll-on that my sister liked using. Now, that can’t be a coincidence…too many females using men’s roll-on, petroleum jelly, and bar soap to shower. They have moved away from a milk shower, lactic acid is great for the skin.

It is not weird that women like using men’s products; they wear blazers, shorts and play football. Men’s lifestyle must be very attractive to females.

I like drinking wine but when I tell people that I do a lot of wine, they ask me if I am a woman. Of course, I am very male.

Let me tell you something else a lady can do, she can go to a bar and sit at the counter, and that is a very alpha move. The counter is not a women’s place at the bar. And women who do it like feeling dominant, or rather they crave dominance.

Welcome to a man’s world

If females want to try men’s things they have to be aware of some things. I have no problem with women drinking beer, drawing tribal tattoos, and using men’s cologne and doing push-ups…those things make them have a masculine approach to life.

A man’s world is very competitive ladies, men have testosterone which is the male hormone. And we fight and try to dominate each other because we are exposed to a lot of this hormone when we are in our mothers’ womb.

A woman’s world is equally highly competitive; in fact, women’s competition is even worse. Unlike men who will compete on level ground, women resort to some dark tactics when competing with other females…they are merciless competitors. They put each other down like doormats…sigh!

Are you ladies competing with men’s products? Men’s items are very expensive, you better have some money spared if you want to use our cologne and wear Nike sneakers. It is not like women’s shoes which are sold at a throw-away price of Sh. 200 by the roadside in the evening.

Men don’t bargain as such and that’s why our suppliers make a lot of money. And men don’t binge shop like females so our items stay on the shelves longer. Sellers are very happy when you buy men’s products.

One thing I want to put out in this discussion is that it is not advertisements that lead to women buying these men’s products. Females just come to your house and start wearing your t-shirts, timberland shoes, and using your roll-on. It feels too good for them and then they start shopping for these things next time they go to the supermarket.

When it comes to trying new things, most men will hesitate. But most women don’t, they easily go with trends. It is very hard hooking up a man with a new lifestyle. I have been using the same body lotion brand for years. Just because they said they are made of black, however, the cream is white.

What I am even saying here, next time you see your gal shopping for men’s items don’t be so excited that you are receiving gifts, they are buying those things for themselves. And the next time you notice your roll-on is getting finished at a high speed, don’t be surprised, she might be sharing it with you unknowingly.