You can lose weight by eating less junk 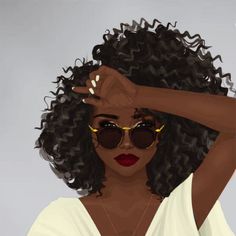 Sometimes you will just be chilling on your Zen seat when your gal or female friend brings gossip. We men are not supposed to gossip but once in a while, you find females around you start telling you how their friend is fighting with her boyfriend, or how she did something sneaky to get something and how some guy has been hitting on her funnily of late.

As a man, you are left wondering what to do with such information, most women enjoy drama, celebrity gossips, and talking about the things in their lives. It is hard getting men to open up…boys just want to act tough all the time.

I like talking about celebrity topics with girls; they know who is dating who in Hollywood, who cheated on who with a stripper, and how she would not date such a guy on tv. It is good for you as a man to watch red carpet news and the grapevine for relatability with your female friends. Women don’t enjoy most men’s topics of conversation. Don’t talk about politics and football with the ladies.

If she starts gossiping to you, consider if it is a juicy topic…when she starts talking about how her friend is cheating yet she just got engaged, pick a hot celebrity gossip with the same issue and replace it with that. You want to be relatable to her topics. There is always someone cheating in Hollywood.

Every urban lady has a celeb crush in Hollywood; even men have favorites in Hollywood. I am a Jennifer Lopez fan. I have always liked her story…she started as a dancer, became a singer, and eventually became an actress all successfully. It is her inspiring journey that I like but again she is Latina, with that sexy body which man won’t like her. Anyway, we are talking about women and celeb gossips, not me.

When she starts talking about Justin Bieber’s marriage, just listen and comment on how JB got married at a fairly young age and how it might just work out for him. You want to keep things on the positive, fun side when she brings a hot topic to the table. Celebrity gossips should be fun; you can even turn on E-news and catch up on some latest entertainment palaver.

Gossiping is different from spreading rumors; the latter is kind of crazy. Even too much gossip shows that a gal is nuts. I am talking about the kind of gossip on Tmz or the Guardian. I haven’t checked Tmz in ages but if someone was to tell me some celeb is dating, or some footballer is getting married, I will be interested to hear more. As a man, I have no idea how to gossip but I will hear it out if you start talking.

The gossip just has to be positive; if there is something like that…you don’t need weird conversations with your females. You have the Wendy Williams kind of gossip, which is debauchery. But then you have E-news, the Oscars and BET performances. I want you to talk news, Kanye’s presidency, and not Nicki’s pregnancy. Although the females will would rather talk about Nicki’s pregnancy.

I was asking my female cousin why every gal is posting Nicki’s pregnancy on their status, and she said she looks so good with that bump. Okay, I don’t look at bumps so I can’t really know what a good bump is. However, the boys have been all over Kanye’s presidency. All the good YouTube influencers that I follow like Russel Brand have touched on Kanye’s presidency and the negative effect of fame.

I am yet to see the most gossiped about topics like dating. Any gossip your gal is going to bring you has something to do with dating; maybe she wants a relationship like the one she is talking about. Don’t just dismiss these small gossips women bring you, they leave hints in them. You know they say people don’t just talk about something or someone for no reason

Above all, women like talking; they enjoy talking about nothing. And if she was to be allowed to talk about anything, she can go on and on for hours. Just let her talk about Jada and August if she wants to. Let her tell you how her friend just got a new sponsor. It is their nature to talk. A quiet woman is rare, I am yet to meet one.

Till next time, Slade!