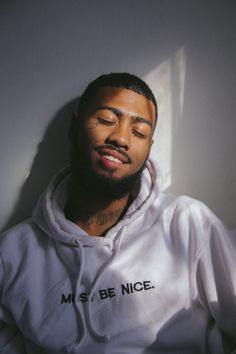 I am sure you wonder how artists put things together. How does someone think of something like that? That’s the first thing in your mind when you hear a song, or see a piece of painting or read a poem. It is genius; people say it is not normal to be so ahead of your time.

If you are keen, you will notice actors are pretty depressed in their lives off-screen, famous rock stars end their lives. Or most comedians commit suicide, despite making people laugh and feel good.

It is said that comedians have a higher suicide rate than normal people. That’s crazy.

Is there something wrong with your favorite rapper, or artist? You will notice that most artists are very talented in speaking to people and influencing them but they are quite bad at speaking to themselves. 2pac said in his songs that he contemplated suicide many times, and Pac sounded like a very strong guy. Even his death is something he brought to himself, it wasn’t an accident.

I won’t say that creatives are messed up; they are just seeing life from a different perspective. There is a book called the ‘Denial of Death’ by some radical professor known as Ernest. I haven’t read that book but I came through a part of it on another website. I haven’t read many books I tell people to read. In that book, it is said that people have their immortal projects. Things they work so hard to leave behind that they can be remembered with…it can be a masterpiece painting, a book, an invention, etc.

Who leaves things behind more than creatives? It is them who create great songs, movies, and pieces of art that last centuries. We will probably never forget Bob Marley or Picasso or Michelangelo. Once you get obsessed with leaving a mark to the point that nothing else matters, it may seem crazy to the ordinary mind.

I was in some discussion with a senior creative and a certain lady asked whether creatives are weird and of course, the guy agreed that some creatives are off their rockers. I think it is a stereotype. It is like believing lawyers are crafty. Yes, a majority of lawyers are kind of nasty in their approach to things. It is the same way scientists have a blunt way of communicating, but not all.

There is always a problem with generalizing. Calling a noble professional like writing weird is just disturbing to some of us. There are crazier accountants and pharmacists.

Genius is close to madness. To a normal mind, some things are just incomprehensible. But to a creative mind, it is very possible to put pieces of the puzzle together and find meaning in even the most absurd things. And what is weird to one person is completely normal behavior to the next person.

I think there is a weird-shaming culture. I hear my friends call something weird every day. If you don’t understand something it doesn’t make it weird. If you are to go to cultures where people don’t like wearing shirts and they walk around the beach shirtless or almost wearing nothing, it doesn’t make them weird. If you go to Thailand and see all kinds of tourism that goes down there, and so many transgenders, it is just their lifestyle. It is nothing awkward.

You might need more exposure if many things seem weird to you. Many creatives I know enjoy smoking, drinking, and a lot of hooking up. Yes, they are a little awkward but we are all crazy to some extent. It is just that creatives are a little bit overboard with it.

Creativity can never be in a polite zone. It is hard finding creativity in the obvious. You can’t state obvious things and call that genius. The bad ass rappers are the ones who say things you’ve never heard before. You find yourself thinking how does that guy write those things or what was he thinking when he said that. A certain famous rapper once said that, “he is not a star, and he has a chopper in the car”.

The guy is clearly famous, why was he saying he is not a star. He meant that he is invincible if my IQ is good. Most creatives tend to be in their own world, and they are introverted. And thus their awkwardness is mostly lack of social calibration. However, you can’t ignore their artistic talents. Kanye might be acting crazy to many but the guy is a darn genius. He has made some great beats and worked extensively in fashion. Few black people have had that kind of success in fashion. I got to point out that he can be a bad communicator at times but he flows so well in his songs. His early works are masterpieces.  And who am I to even call out Kanye with all that success.

Even among creatives, there are some really cool guys; not all actors are weird, Johnny deep might be eccentric with his finger movements and strange persona but George Clooney seems very cool in person. Women still want to date him even at almost 60 years. The guy looks solid. All my female friends like him.

When you say creatives are weird it depends on whom you’ve been watching or listening to. Young thug might come across as strange to many but his fans find him quite creative. I can even say that weird is the new cool in music. Rap just sounds totally different with these trap rappers. Whereas guys like notorious BIG spoke realness and wore leather jackets. Young thug and Migos talk of booties and wear some clothes I can’t even name. I still have to say I like the music they are putting out. It is not easy to mumble and make hits like Future or young thug. It is just a new style of doing music.

Lil Wayne might look like he is on some hard drugs but he gave us some good music, he sounded so good on many songs for a very long time. It is said that no one sounded that great in that too many verses. He is a legend to music fans.  In all these I want to say, take the good leave the bad. There is always something good in someone, and there is always some craziness in everyone.

And what’s your weird habit? Collecting old shoes or counting coins or buying two pairs of the same item just to store one. Let me know your weird side. I know you have it.