A man can never be ugly

Why you Encounter Writer’s Block

Overconfidence (too much of Something good)

A man can never be ugly 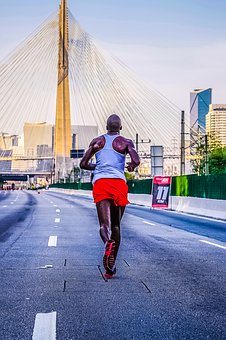 There is no way a man can be ugly. It just can’t happen. I don’t even look at men but I just know that ugly is something you can’t call a man. I am not saying this because I am a bad looking man, I look okay but since the days of Samson and Julius Caesar, there has never been an ugly man.

There is nowhere in history a man has been described as ugly. Men are described as either strong or weak, that is it, nothing more nothing less. Do you want to call a certain man ugly? Go ahead but it won’t hold water. You will look dumb calling a man ugly.

Many people have tried calling some men ugly, but it didn’t work out because it is just not possible. The moment a man becomes made and has some money in his pocket, that’s when we say he is now a complete man ready to conquer the world.

Beauty is meant for women, it is strange when a man brags of his looks. All a man can say is “I have long beards”, or “I have a lot of strength”. That’s how a man can brag of himself. A man can’t say I have a pretty face. He just can’t say something like that…we will laugh like “what is he even saying?”.

When someone tells a young man that he is cute, I cringe. He should be telling him different things like “you are so hard-working” or “you look tough” not cute. Cute is for pets. My little sister is cute but I won’t use such a word to describe my small brother. It is just not how we see men.

How you carry yourself as a man is what matters. For a man to be considered ugly, he has to be very ugly. And even at that point he just needs to dress a little better and develop good posture and he will be like the rest of the men, we will forget that he was once ‘ugly’. It is hard to be ugly as a man I tell you.

The most beautiful women don’t date these so-called pretty boys. Because most pretty boys don’t come across as men. A man is supposed to be rough looking with veins and muscles all over his hands. These pretty boys who do manicure are just more feminine and not manly. In fact, a man should be ‘ugly’.

No woman will refuse to date a man solely because he is ugly; it is because of other reasons not related to his looks. Male models might be called handsome but that’s just for work, out of work they will be called fashionable men or men on billboards. Not handsome men.

I am not ragging on looks in men. I am just saying it is of the least importance. It is the woman who is supposed to look good and wear makeup. Women don’t give a shit how your face looks like. And even if you have a pretty face as a man it becomes useless the moment you say “hi”. When you open your mouth and say some dumb shit, it is when you start being called ‘ugly’. It is not because of how you look.

A man will never be ugly. Beauty was not just meant for us. During the cavemen days, nobody cared whether a man looked good. But the beauty of women has been praised for decades. No man in history is remembered for his good looks. But so many women are remembered for their stunning beauty even if they contributed to the social wellbeing, all we can say is “princess Diana or Marilyn Monroe was such a striking woman”.

During the 16th century, all they cared about is whether a man can throw spears. In ancient days, it was the man that could plow land, battle in the field, and kill animals for meat that was attractive to the women. It didn’t matter what he looked like. It is just recently that the mainstream media tried promoting the physical appearance of men.

A man’s face never mattered before and it still doesn’t count as much. If you appear strong as man, let’s say you walk with strength, or you move your shoulders in a confident way then you are a good looking man. If you walk like you are going to die the next second, then you are a very weak looking man and thus not good looking.

Ask male models, they don’t get paid as much as female models. This tells you how less beauty matters in the world of men. You don’t even know these male models as much as you know female models. In fact, any man can be a model if he wants. I have tried commercial modeling and I would see all kinds of guys there; short, tall, slim, fat, good faces, average looking faces. And guess what? All those men could get jobs and get paid. It didn’t matter how their faces looked.

All they had to do was dress well, get a nice haircut, and talk confidently in front of the camera during auditions.

If you see a man being called ugly, just observe keenly, there is usually something else bad about the guy and not really his look. Your mind and money are what make you handsome if you ever feel ugly as a man. Just have a good mind.

Ask the ladies, they will tell you all men are handsome. Ask them what they like in a guy they will say caring, strong, confident, and such things. It is only one lady who ever told me she wants a hot guy. And she didn’t mean looks; she meant personality; kisses, lots of touching, and a nice vibe. That’s what makes a guy hot.

As I said before, I don’t look at men but a man can never be ugly, there is nothing like that…