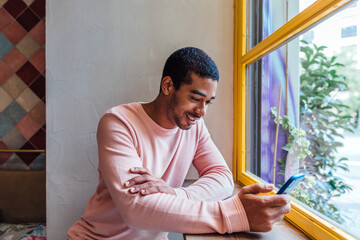 Many men have said it to me “I suspect I have kids out there that I don’t know about”. Then they add on top of it “I only know of those I was told of but there are those I am suspicious I wasn’t told about that I might have fathered”. It is okay to have your suspicions; we are always suspicious of something as men. Most men have conspiracy theories in their heads.

I am in my late 20s but I don’t have a kid, and when I talk to men who are fathers they tell “maybe you have and you don’t know”. It is only the women you have been with who knows, anyway I am into condoms and thus I am cocksure that I haven’t fathered a kid out there. On the other side, some men are damn sure they must have fathered babies out there during their wild days that they might not be aware of.

It is a funny suspicion to have because you are just paranoid. There is nothing like suspicious parenthood because one, if you were in a long term relationship like many men usually are, you would have seen the girl pregnant. And if it was a one night stand, it is very rare to get someone pregnant in a one night stand because for a woman to get pregnant by you, she must be really in love and excited by you, yes you can get her pregnant in a one-night affair but it is very hard. One time things are not usually because she is in love, it was just fun you were having. And in that, girls don’t get pregnant easily. Pregnancy happens mostly where the in-love feelings are involved.  It is a biological thing I read on some website.

Anyway, despite all that biology behind pregnancy, there are still cases where girls get pregnant in casual encounters and don’t tell the men. It is very possible especially when they consider him a loser, they see no need of acknowledging him as the dad of the child. This is the perfect example of deadbeat dads. If you were a bonafide male, she would have told you that you are a father but since she sees no daddy potential in you, she would rather shut her mouth about the pregnancy.

I was reading a story about a guy who got arguing with his dad one day and the ‘dad’ dropped the bomb on him “young man I am not even your dad”. The guy was shocked, he thought this man was his dad all along. He told him your mum came with you when you were a baby. Well, the mum never bothered to tell the boy who his biological dad is, and I am thus sure he never told the child’s real father of the baby. This is because it was at that point when the boy started locating his father who happened to be some celebrity. And yeah, the celeb was indeed the dad after a DNA test.

Who cares whom you fathered? That’s another crucial thing in this debate. Who gives a shit how many women you got pregnant. You were not told so you are not an angel to know, and even if you were told and you decided to become a deadbeat, you failed your generation just like that, by being a coward and just irresponsible.

The point I want to drive home is that getting a woman pregnant is not a big deal, it is just getting intimate for like 10 minutes and she will be expectant if you are both fertile and she happens to be ovulating. It is not really a job to be proud of.

Anyone can get a woman pregnant, even some lazy bum who hasn’t held a job for 10 years can do that. However, very few men are strong enough to stick around after knocking up some girl. And especially if he is not married to the woman, very few men want to take responsibility.

It is okay to fear parental responsibility, kids are a big deal. Now just wear condoms. If you are allergic to condoms and you still don’t want fatherly responsibility and you want to go raw in women, I don’t know how I can help you. You will have to resort to the withdrawal game or watch her monthly clock. However, you still have Stds to deal with. At the end of it all, you are just forced to use condoms.

Most men I know don’t like condoms, even some females distaste them too but it is not about what you like or you don’t here, it is about what is safe for everyone. If you want kids sure, go ahead. It is wired in you to reproduce but just be ready to buy Weetabix and nappies.

As I finish this, I think most men overestimate themselves, they think of how far they could spread their wild oats and make false beliefs in their heads, humble yourself you are not such a stud. Men with 20 kids just know, they don’t think they know.