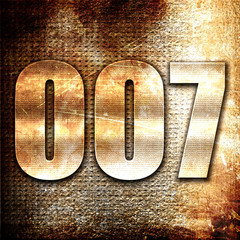 The most real James Bond actor Sean Connery passed away over the weekend in his sleep in the Bahamas. The guy was 90 and had lived the perfect life according to my friends’ description. They even said it is wasn’t a sad death considering that he had achieved all the success and passed all the wisdom he had to the new generation. Sean had one kid who is around 54 years. If you live to see your son get into his 50s, and you still had a great career spanning over many years, you are more blessed than many men in this world. You are more blessed than you think. How many men live to see their kids get into the 50s?

If his son is in his mid-50s and he died at 90, it means he had him when he was in his mid-30s. You see what I have been telling you guys all along, men who get kids in their mid-30s onwards always have it right. Anyway, his life was just an exceptional one and I can’t tell every young man to live like Sean Connery, he was James Bond after all.

It is always hard eulogizing men, I have never done it, and as much as I wish I could eulogize Sean Connery, I didn’t know him on a personal level and I have to rely on the internet to collect information about his life. The information I find might not even be concrete at all because I don’t know which type of food Sean Connery liked eating or what he liked drinking, well on the drinking I know he liked a Martini, stirred not shaken. But again, in every bond movie, all the James Bond actors order that, so it might have been scripted.

He was from the land of Scotch, and I thus bet he was a whisky guy. Scotland is known for some of the best brands out there. How he ended up being a Hollywood star only God knows but he must have been a hustling immigrant like most Americans are.

One thing about Bond is that he has never died in his films, he might just get knocked and pass out but not die. And Sean Connery passed away while resting in his sleep. It is the dream death of many people. At the same time, I fear sleeping because you are not sure if you might wake up. They say sleep is the cousin of death.

James Bond was a tough guy, he was smoking and drinking and lived 90 years. How many people get to live that long with such a lifestyle? He once said in his interviews that he is a very strong person even physically. Back in Scotland, he was once a target for local gangs but he ended up beating the shit out of the hoodlums who tried attacking him. He wasn’t even Bond yet but he was acting the part even in real life.

I don’t review movies a lot, I am not a screenwriter but I have covered Game of Thrones before. Now, I am here trying to eulogize Sean Connery. After the first bond which was Dr. NO they just knew they wanted him to continue playing the role because he had the Bond charisma. And there is always an argument which is the best bond movie, Skyfall or the Goldfinger? As for me, the best bond undisputed is Goldfinger. It is a classic because the villain Goldfinger had as much charisma if not more than Bond.

I am used to the hero being the star all the time but, in that movie, the villain was quite good. I almost started rooting for the bad guy but my moral compass kept pointing me towards the hero. And one thing about Bond in his movies is that the guy never laughs, just a hint of a smile. It shows you he is a man with great control of his emotions as opposed to the new generation of actors who cries a lot and brings lots of bad emotions to the screen.

I am not saying the guy was not flawed, he was in many ways. You could see him falling in love with ladies in line of duty and it almost sidetracked him from work. However, he was always smart and cunning enough to finish his operations before indulging in pleasures.  Bond was very unprofessional I must say, always mixing work with pleasures but whenever he did that it was to convert those ladies who were working for the villain to his side of the story. It was to help him win. He was using his body to seduce enemies and I can’t blame him for that, any good spy will use whatever he has at his disposal to gain leverage over the opponent. They say sex is a weapon, even the KGB would do that back in the days.

He was also very convincing onscreen. I have a hard time accepting some actors as Bond because they were not convincing as much as they were delivering on the role. I can tell they are acting but who cares what I think? Sean was Bond both on and off-screen.

The last thing I remember from all Sean’s movie is the wry sense of humor. He was playful in his roles. Even his fight scenes were always kind of original and fun to watch. He would kill men with cables and ropes. He was having fun with his job. That is one the most important lesson you can pick from his film, he is always enjoying the field assignments he is sent on.

It is not the end of Bond, just a tribute to one of its best actors. Bond is an immortal character that lives forever.  Rest with the angels Sean, he had fun indeed, travelling the world seducing beautiful women and killing all the bad guys is a thrill to die for.