Every man got to watch game of thrones

Dating Rules Means Nothing (In my 20s)

Every man got to watch game of thrones 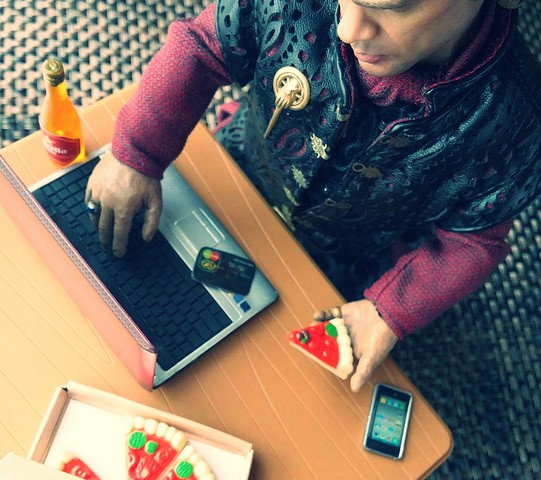 GOT as it is usually reffered in movie shops is one hell of a series. We’ve had great series in the past like Spartacus, Gang Related, Breaking Bad and of course my favorite ‘Boss’. I know majority of guys reading this never even got a glimpse of it but ‘Boss’ was a masterpiece. It spoke to me. Actually I didn’t finish watching it, I should try and catch up where I left. The first season was just well played. Even its ratings are good on ‘Rotten Tomatoes’ with a 79 percent score. That is quite high considering how selfish they are with ratings. I will definitely look for ssn. 2. I also learnt that it was cancelled after the second season despite all the writing and creativity plus the awesome cast it had. Each cast just executed their role perfectly.

And that is my problem with movies again, despite how great something is, I take too long to be hooked. I blame it on my personality though, I rarely get obsessed with something no matter how good it is. I can say I am hard to please or rather it is hard to get through my armor. And so when I started watching game of thrones, it didn’t hook me immediately and I rarely paid attention to it, I would hear guys talking about it and I would just be like whatever, it is just another series. I still see it as a normal series until today but with some manly lessons.

That series is so honest about human existence. First of all, I wish I came to life during those days when the world was still trying to get civilized. It was do or die. That kind of society shown in game of throne is raw and just too real. You either kill if you want to see another day or your throat get cut if you hesitate. And there are no guns, so you have to be good with the sword or just have a keen intellect and be the King’s hand. I don’t know which role I would be playing in that society. You had to be living for something or just surrender to death. You fight for your existence in that movie, you just don’t live by being there…it is that raw. So I got my first lesson from that movie, to live for something i.e have a purpose. I think I would be writing letters with feather and ink. I can see not many characters there can write like me. I also saw a library there, I would definitely be working in that library considering that I am a knowledge seeker. But at least we don’t have white walkers nowadays so I ain’t scared of getting killed at night.

Damn, I must admit game of thrones has some of the strongest characters that I can just relate to. Those guys survive no matter what shit. They fight wolves and white walkers and are just happy with living in constant danger knowing they could be attacked anytime. Despite the adversity that surrounds them, they still live like it is normal. I don’t know how many men are comfortable with being surrounded by death every single second. And that is bravery. In Al Pacino’s speech on ‘any given Sunday’, he says that “in any battle, the guy who is willing to die is the one who is going to win”. He is saying this to a football team that is just about to face a strong opponent. It is one of the most inspiring speech I have ever watched. And it so well reflected in GOT, you got to be willing to fight your circumstances if you want to survive. I like that scene in season 7 where John snow and a bunch of guys go to hunt for the dead just to prove that there is an army of the dead that is lurking out there waiting to come for those who are still alive. It started as a scramble for ruling the seven kingdoms but it has reached a point where it is a battle of life and death. That to me is a better purpose to fight for as opposed to just controlling the seven kingdoms.

There is so much distrust, betrayal and savagery in that series. Every man encounters that in his life and I like how some of the kingdoms are able to let go of their mistrust and feelings just to join forces with each other and fight that army of the dead. It is quite a macho movie and it might scare you if you are soft-hearted. Don’t watch it alone if you easily get scared. I like how the characters are just fearless and bold in their moves. I still wonder if there was such a society at any given time. I just don’t think I would be ready to fight wolves and dragons. I would fight to live though.

DON’T BE A DEAD BEAT 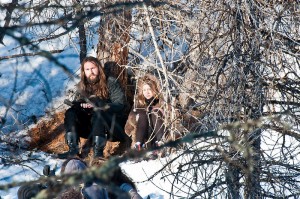 There are no dead beats daddies there. I mean you just have to take care of your children or else they would be called bastards and treated like second class citizens. It is hard to gain social status if you are considered a bastard in that movie. Although John Snow is able to overcome that ‘bastard’ stigma and rise to be King in the North, he faces a lot of obstacles on his rise to the throne plus he at times doubts his ability as a ruler because of that stigma. Most men without strong father figures struggle with masculinity, movies and even life has shown us that. That is something I don’t like about that series or many movies I have watched. Sons cannot be made to pay for the mistakes of their fathers or ancestors…eish. Actually it is misplaced anger. I also saw that in ‘Godfather’ where Don Corleone is forced to flee his hometown as a young boy because the local mafia had differences with his father. After the local mafia, known as Don Ciccio kills his father, he comes for the son fearing that the boy might grow and avenge the death of his father. On that argument he was right because when Don Corleone grows into a powerful mafia man in New York, he goes back to his old town to avenge the death of his father by killing Don Ciccio. You can see how kids who grow up without fathers can end up being so powerful or even dangerous at times…so don’t be a dead beat..lol.

All in all, it is a great story-line, as a writer I enjoy the flow and words used to create meanings, how characters are created and whatever else. It is definitely not for people below the age of 25. It is some grown up shit. Kids should be watching some family stuff and playing play station. The characters are just awesome, some are even extreme if I could use that word and that is why I won’t advice people below 25 to watch such scary things. It is cold as a Wednesday. But if you are a curious kid as they all are then check it out. And you can let me know who your favorite character is…don’t say SpongeBob, there are no funny characters there.