Simple Tips on Being Carefree 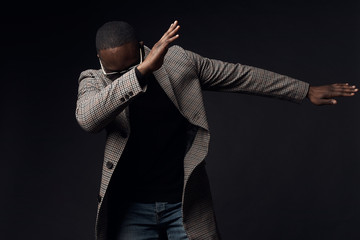 Charisma has many definitions in the worldwide web;

And then one of my favorite, too much of something good.

There are folks whom things seem to go their way and you can’t just put a finger on why. When you go out with them, they get all the luck. Lady luck seems to smile on them a lot.

Well, those guys are not lucky or on some voodoo. They are just charismatic.

Everyone wants to be charismatic, even me want to ooze charisma like those Hollywood heartthrobs. James Bond is a charismatic character, in all the sequels he survives almost everything and always comes out victorious. On top of that, he is always having fun at work.

In all the James Bond I have watched, it is only Goldfinger who came close to James Bond kind of charisma. Actually, in movies, it is the villains who are usually charismatic. Villains are described as charismatic evildoers.

Why do you think when you watch movies, you sometimes root for the villain like Denzel in ‘Training Day’? They are very charismatic. They can teach you something about charisma.

You don’t want the villain kind of charisma; you want the James Bond charisma. The guy use anything around him to work in his favor. James Bond could fight with anything, even a cable, and use it to win a fight.

Most charismatic people are like that, they can be cutting onions in a very unique way. They can be speaking with an untraceable accent that you can’t easily place. And when you inquire they tell you they have never left the country.

You cease to wonder where they learned to speak so elegantly.

Charisma is just sophistication at its finest; it is hard being a charismatic individual in the village. What will you do with charisma in some remote part of Africa? You don’t need it there.

When you walk into a room it stops. That’s the kind of effect charisma has.  At the same time, you don’t want to deal with all the attention charisma brings someone. In other words, you own the space, man it is quite hard to define something like this but I hope I am painting a picture in your head.

By now, you have an idea of what it looks like, and if you want to have it, you will have to work on your presence. You need to make a strong presence on people. Okay, that’s vague, work on your masculine vibe, walk like Bond. Talk like a radio host and keep good eye contact. Wear interesting pieces of clothing.

It is all about commanding your surroundings and not the other way round. The way rappers rock the show. Rap stars are some of the most charismatic individuals we have in this life. Biggie, 2pac these were very flashy and well-spoken guys.

Now, that doesn’t mean you have to be a rapper, wearing gold chains and leather jackets to shine. Even if you are black and in some remote part of a third world country, you can still be charismatic. Black can still shine. Pac and Biggie were both black guys.

A charismatic person refers to people by their names; not calling people YOU.

They speak with clear diction and use beautiful words. They have a style of speech. 2pac words were so elementary but when he spoke them with his big voice and delivered them in a song, you felt it. And many rappers are like that.

The second tip is being unaware of your surroundings, don’t be so present. You don’t have to be responsive to everything that happens around you. You see a cockroach running around, let it be. You see a dog barking, let it bark.

You respond only calmly to the important things, pick up calls though. There is nothing charismatic about ignoring significant calls and messages.

Don’t try too hard. Charismatic people don’t have to put a lot of effort. However, when you are starting, you will be faking a lot. It is okay to fake until you master the art.

I think most charismatic people are just very outgoing and socially winning. However, even if you are introverted you can still learn to be charismatic. You having a quiet chilled back persona do not excuse you to be a boring guy. There are quiet, cool people who ooze charm.

You don’t have to be loud to make a strong presence; George Clooney is not loud but he seems very charismatic from his movies. In fact, quiet guys are more intense and charming than loud guys.

Another important tip is to be jovial; there is no charisma in being gloomy and bored.  Most charismatic people are happy. If you are not happy you will be a downer to those around you and that’s not so charismatic. A charismatic person has a good effect on other people’s emotions.

Work on your energy, be in good spirits. I don’t think charisma is necessary for success but it sure helps. It gives you some appeal. I think I am a very charismatic writer.

Some people would argue that charisma is inborn but I don’t remember being charismatic when I was young. It is something like intuition, some people have a strong intuition from a young age, and they even develop it as they grow. I would say some part of charisma is genetic but you can learn it.

You can follow these tips to get more charisma.