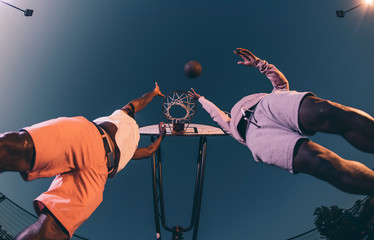 If you don’t know, you start by finding out what might be the solution or cause of the problem to whatever you are facing. The truth is that many people are as lost when it comes to life. If you see something unfamiliar, just say “I don’t understand that but let me try figuring it out”. And you will find out that there is a lot you don’t know.

The problem is that many people assume a lot. Assumptions can lead to all wrong conclusions. I can’t count how many times my friends told me “I thought it is like this, turns out it was that way”.

There is so much you don’t know even if you are a professor, people have different realities out here and mental perspectives that if you just listen to them, you will realize we are all looking at this life so differently. It is like some people live on Mars and others on Earth.

You don’t know what someone is thinking, sure you can guess from what they are doing but you don’t know. Even if you know, you are not 100 percent sure of your stand on many things because whatever you know, you were also told or learned somewhere.

However, there are facts you can rely on. Many fields have not been properly exploited that’s why the research will never stop. People are always exploiting new fields.

There is nothing like you know too much; the average person is contented with whatever he thinks he knows. A curious person will try to dig deeper into things.

Those guys who think they know are the worst. And this is the second part of an article I did a few days ago, if you missed it, check it out here. I have also watched a ted talk video on it.

In education, there are three types of students; the first group knows what the answer is. The second group doesn’t know, and the third group thinks they know. Damn, I think I know but I don’t know a lot as I learn new things every day.

When you think you know, you get surprised by life every day. Life will never stop throwing some new experiences your way each day. But there is a level of confidence you can have on something that you know you got it figured out. And even then, don’t ignore new information. It might open your eyes.

It is said that a person or an institution that is willing to change their stand on a particular issue in light of new information is more trustable than one that is stuck on the wrong assumption.

This means you shouldn’t hold strong opinions on things. Your worldview might be wrong. And constantly seek knowledge. Good is the person who revises his mindset every day. Test things out if you are not sure. It is not enough to read, go out and try some of these things you are reading.

This is why science has advanced. They are all about testing and finding different angles to things each day. And so is life, there is no final product, nothing cannot be improved. There are classics but even those get replaced by other versions, they get improved on with time.

You never know what you will find out; continue looking into whatever you want to know. Even if you know, continue digging deeper. It never stops at what you know. Damn, I am being poetic here like Walt Whitman. Hey, I am just saying it is okay not to know. It is not the end of the world if you don’t know. I also don’t know a lot but I keep trying to know more. I know it all attitude will get you nowhere but into a lot of energy-draining conquests and arguments.

However, sometimes you just know. You know that paper is white and Africa is full of blacks. You can’t argue that. It will be illogical. In fact, you will be living in denial if you say the paper is blue, but hey there are colored papers like the green.