How to Take Great Photos for Your Online Profile 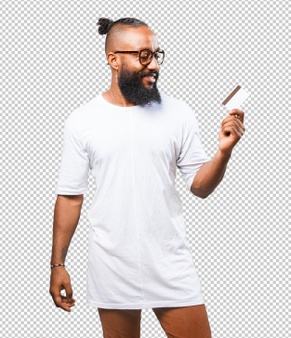 How do you know what other people want? The answer is you don’t know. All you can do is guess using your gut instincts. But still, people are more complicated than you think. It is one of the biggest eye-openers you will have as you grow up, that it is hard telling what other people want sometimes because it is not even money.

All you can do is guess, is it this or that?

You can also ask people or do research. That’s why scientific research is still one of the most valuable sources of information for anybody who is interested in what other people want.

The modern society which is heavily influenced by the mainstream media has people believing all kinds of things about human beings. You think women just want money in a man, or you think the only thing men care about is beauty and sex. You offer a woman money and she still rejects you. You give a man mind-blowing sex and he still doesn’t date you, and you are left there scratching your head…”what the f**k do people want”? The answer is you don’t know.

It is only entrepreneurs who are able to tell what people need and develop products that satisfy people’s wants and needs. And even they are wrong most of the time. I think most entrepreneurs are geniuses, they are not only good scientists but also great observers of people.

And so unless you are an entrepreneur or a behavioral psychologist, you might not know what people want as you think you do. All you can do is ask people “do you like apples or oranges?”.

“What’s your favorite delicacy?”. Food is one area where you will find people showing different tastes. You can cook Ugali and Omena, but that friend just wants to eat boiled eggs with salt. Don’t be mad, you don’t know what other people want. I mean it is not your call.

Who are you to start dictating what other people want? Nowadays people use machines a lot, you can search for the best restaurants in town or what to look for in a (put whatever you need there). And uncle Google will give you a lot of information. Hey, don’t be surprised when you try those restaurants you Googled and you don’t like them.

The truth is that most people desire things subconsciously, and even if they were to say they want one thing, they will end up choosing something totally different. That’s why observers are good with people. If you spend time with an observant person, they will tell you things about yourself that surprise you a great deal.

It is thus always good to suggest things to people and not just give them. I didn’t know I liked something like working out till I tried it a few times and got hooked. You don’t know if you really like a thing before trying it. We can excuse those who say I tried that and I didn’t like it but not those who say they don’t like something they’ve never tried.

Now, this does not mean you try dangerous things because you want to find out if you like them.

It is very common for people to try something they thought they liked and realize that they don’t like it after all. And then they bump into something totally different and come to like it.

When someone acts weirdly around me I always ask myself “what’s this person’s motivation?”. What moves you, bro. and if you can tap into people’s motives, you can learn a great deal about them. Motives can help you realize what people want.

When you see a guy working his ass off, you assume the guy wants money, and that might be one of the motivating factors behind his hard work, to make more money but don’t be shocked if the guy is just rich but is just working hard to avoid idleness. He doesn’t like looking lazy. Some people pride themselves in hard work.

I on the other hand can work very hard but I like being smart about things. I have come to realize that hard work does not necessarily give me money or the success I want. It is good to work hard but don’t do things blindly, work with finesse and you can see more results. It is the results that matter not the amount of effort you put into something.

People assume a lot. When you assume a lot you can be wrong on many things. If you go back to our example on that guy working hard, he might be working hard just to master that skill first before he considers money. And so his main motivation is not money as such…it is to master a skill and then, later on, sell it or use it to build something. The money comes later.

I have to also admit that it is hard separating hard work and money. Many people just want money.

I don’t know where money came from but as much as I am here saying you don’t know what other people want, guys just want to be paid. It is one of the main motivating factors for most people.

However, it can be very insulting when you think that everyone just wants money. Yes, they care about it but not as much as you think. You really don’t know what other people want. Some people just want a peace of mind, others just want to watch the beautiful sunset in the evening.

As for me, I want money, for now, you won’t be wrong if you say “Slade just wants money”. What about you, what do you want? Because there are people who want nothing in this life, it is strange but some people just want to live, have a little fun and that’s it. They are not motivated to conquer mountains and expand their business or upgrade their education.

Not everyone is you and what you think is of the utmost importance to you might be the least exciting thing to the next person.