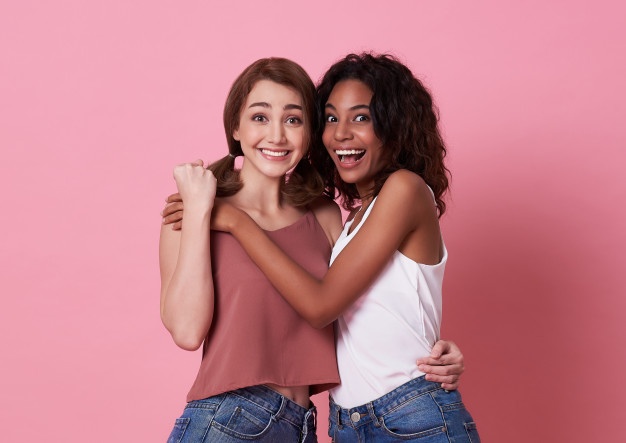 A doctor and a tattoo artist.

A politician and a preacher

A pilot and a hustler.

A rapper and a teacher.

Can you picture these friendships? What will they be talking about? And here’s another difficult one.

A broke man and a rich man.

You can’t just wrap your head around some unions. Two people who are from different worlds happen to be friends, maybe they were childhood friends and continued the friendship into adulthood even as they pursued different interests.

It’s all about compatibility; they might be having the same underlying personality traits. Or they are naturals, a social rock star who will talk with everyone, doesn’t matter who they are. What happens when you are in unlikely friendships? The friends you keep around you reflect on who you are. However, there are guys who seem to have friends from all walks of life.

If you are not obsessed with the status you can have all types of acquaintances, and you will end up developing different reference points. I am not telling you to drive your nice car to the ghetto to see your friend there; they might even steal your side mirror.

If you have some friends from the hood, just walk on your way there. Or meet them in a public place like rich people always say, “we can only meet outdoors”. This is the problem with befriending wealthy people; they have a lot of standards that a hustler might not catch up with easily.  I also prefer outdoor meetings; my house is my private sanctuary.

I still don’t know what to make of these types of friendships. You always that type of friend you think don’t know people till they introduce you to someone you didn’t expect and you are surprised “you guys know each other, how?”.

I have a friend who is close to one of the biggest rappers in Africa, he also used to be a rapper a long time ago. He knew this famous rapper when they were still underground artists battling in street cyphers, however, he lost interest in rap and pursued other interests, and this rapper friend of his went to become a very successful rapper. That’s how he has known this today’s biggest star. And that’s how you sometimes end up with unlikely friendships.

It is always interesting when you see friends who seem like they have nothing in common, and you think “only God knows what they get from each other”. It is like a mismatched couple situation. A very tall girl walking around with a short guy or a very big guy dating a slim lady. May be their personalities blend despite the different outside look.

The world doesn’t work how you think cousin, you might expect a doctor to be friends with only nurses or radiologists but that’s not your call. There are politicians who are friends with teachers, and there are teachers who later become politicians. You don’t expect such a transition in someone’s life but it happens.

You can also be Kenyan and your friend is Ugandan, or you can be black and your friend is French. I prefer inter-racial friendships because they open your eyes to other cultures you didn’t know about. It is more relatable when your friends are from the same profession or culture but it is even more enriching when you have a German or Italian friend. You only know your culture but what about others? Your culture might be wrong on some things. The more friends you have from different backgrounds the more knowledge you collect and become a socially highly developed person.

Next time a bartender tells you he is friends with a gym instructor, don’t be shocked. They might have contradicting careers but they still have some love for each other. I hope the bartender don’t try giving the instructor some whiskey or beer. Too much liquor might affect his workout.

Who am I friends with? I don’t like talking about my friends, they don’t like being mentioned. They prefer to remain anonymous or rather discreet. They do sensitive jobs; it is like those guys in national intelligence. They don’t want to be known. In fact, my friends believe that being famous is very psychologically harmful…sigh!

I am just pulling your leg, they are cool cats…