5 Ways to Write Better Blog Posts Than Mine 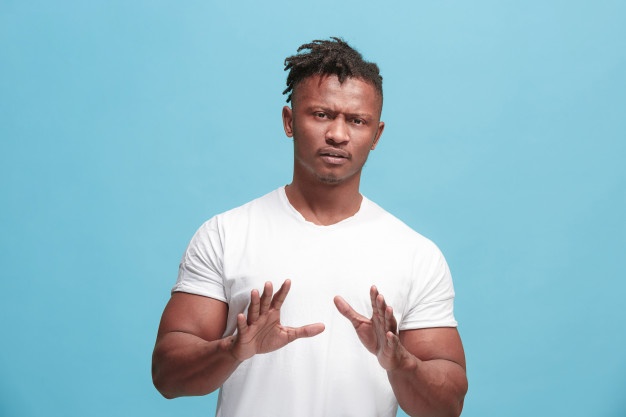 In one of my articles, I taught you how to reject people and you responded well; now let me show you how to smile through rejection like it’s nothing when you are on the receiving end. It always sucks when you are on the receiving side of things. I will start by saying that rejection is part of the game, and it happens to the best of us. It’s like pain; life has some pain in it as much as there is joy and pleasure. If you don’t want to feel pain, you shouldn’t be living really. And if you can’t take rejection, you shouldn’t be playing this game of life. So you got to deal with it in one way or another.

Strong men have no problem with rejection, they don’t take it personally. However, soft-hearted people let rejection sting them, they are not carefree, they lack an abundance mindset, and thus outcome dependent. In extreme cases, there are guys who try to hurt those who reject them, which is insane but it happens. They take ego hits whenever a rejection comes their way.

Before I tell you how to handle a situation, it’s good that you are able to recognize it when you face it. Most men are not good at recognizing real situations; they would stay in bad environments where they are not wanted for long. At the same time, what you might think is a rejection may just be a little resistance that you can overcome with a little persistence, and that kicks off the list of how to handle a NO.

Just ask one more time. Don’t beg. Ask confidently and with a different voice tone, explain yourself further.  Try a different angle. People will tell you to stop talking but I tell you to continue talking, you can say something that will make the person rejecting you change his or her mind. I can’t count how many times I board a bus and I find it empty, when I try to alight to get into one with more people the conductors at my stop would hold me back and tell me “don’t go, man, we are almost leaving, even those other buses were just filled by people, who will fill this one up if you alight?”. Most of the time when I am not in a hurry I would oblige and continue waiting on that empty bus. Another silly conductor would rather insult me for alighting from his bus. Same rejection but handled very differently.

I don’t trust that what you consider a rejection is really one, that’s why I want you to persist by asking again. People would say they were rejected simply because they didn’t get a quick reply.  Well, it takes time to get a Yes some times. Don’t get into ‘rejection’ mode so quickly.

Hover Around When Rejected

I think you are leaving too early when the night is still young and gaining momentum. Just stay a little bit longer and find out what might happen. Just stick around and see what people are up to. This is in the case of a date or a group selection. When someone tells you “Arrgghh you just go”.

Don’t really go. They don’t really mean it. You can reply with “Okay, I will go later but for now, I want to be around”. Trust me in most cases they will change their mind.

Don’t be blockheaded though, if they chase you like a dog, just excuse yourself. Check their tone. I don’t want you catching feelings too early and neither do I want you living in denial. And if they push you away so hard, it is just a No bruh, sign out.

Be Random When Rejected

If you make a call to one prospect and he says not now, all you have to do is try a different one. However, randomness is more about preventing rejection. But it is still helpful when you are rejected. Just make a 360 change of plan and see if something comes up. Let’s say you were to go for a meeting with a prospective client at 11 am and they cancel on you last minute. Well, instead of feeling demoralized, just email other potential clients and see which one can be willing to meet you. One or two might reply.

Don’t be fixed on one prospect, that’s not smart at all. You will get so blinded that you don’t notice other potential opportunities around you. Rejection can lie to you that you have no other way out when you actually have a lot of options. Chase many leads.

Having many options will just give you an abundance mindset, and thus even when rejected, it won’t hit hard.

Just take it When Rejected

Life goes on. It is not always a yes all the time. And neither do you want yes people around you all the time. You are human and you can’t be everyone’s cup of tea. Anyway, that sounds like those things girls write on their status when a man ignores their message. The right angle is just to understand that even the most prolific people were rejected at one point. These celebs you follow on Instagram were once rejects, but they didn’t take it personally. One problem with most people is that they think they are special and they can’t get rejected. So they go crazy and start doing weird things when rejected. Well, don’t be like them.

You will always have to put on your best foot forward but expect anything, if you get rejected there is always next time. There are other opportunities if you keep looking.