“I Will Hurt You” is a Genuine Concern

What Makes a Man Boring?

“I Will Hurt You” is a Genuine Concern 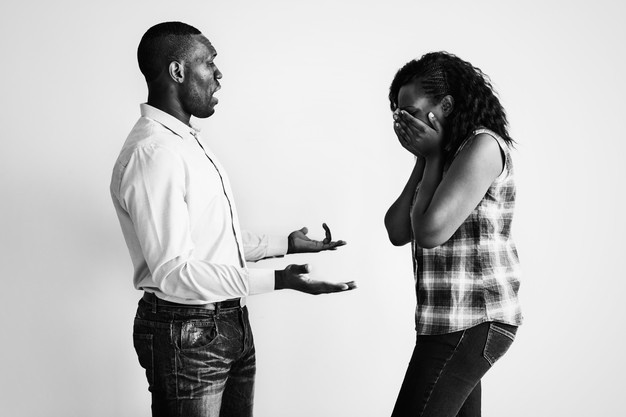 I know a guy who says “I am scared of soft women, I might hurt them”. Or another line “I won’t sleep with a woman if it will hurt her”. Do you think you can bruise her or her ego….lol!

The “I will hurt you for nothing” vibe might be a genuine concern. And thus someone sees no need of dating a person if they will hurt them.

I was following an online discussion of people saying the silliest excuse someone has ever given for not dating them and “I will hurt you” came up.

I don’t think that is a silly excuse. It might be a real concern. If you consider the other person soft or too innocent for your mannerisms, you might just ignore the relationship altogether.

You know yourself better. And no one should tell you otherwise.

If you think or feel like you will hurt someone by bringing them into your life then there is no need.

You can let it go before someone gets hurt.

The truths of life are ugly, and sometimes you would rather avoid them. And the truth is that some people get easily hurt, they are rather soft. And if you are too macho, you can easily hurt them or hurt them unknowingly.

I am a tough nut to crack. I have always been. I look soft on the outside but if I tell you the things I have survived, your jaw will drop. However, that’s a story for another day.

Heartache comes when expectations are not meant or promises are not kept. Some people have a naïve outlook on life. If you are to deep-dive them on what they expect of a man or a woman or a friend, you will realize that they are going to be disappointed.

When I listen to breakup stories, I am always looking for genuine reasons that soured the affair. However, some of the things I hear are absurd like;

He didn’t like traveling like me, or he bought me a smaller gift for a birthday, or she is always late.

If those can end your relationship then I don’t know what can’t. Such things shouldn’t bother you but if they can cause heartbreak, then you can easily get hurt.

This life can be tough and it doesn’t need softies who get easily hurt. It needs toughies who can stand hard times.

Tough times are ahead for you who easily get heartbroken.  If you are the heartbreaker, be easy on people. It is not an excuse when you always say “I will just break your hurt”. It is assholish behavior. You can learn to be more careful with people’s emotions.

People who have been hurt can in return be the heartbreakers. They can get broken and never love again or never trust again.

That is one thing to keep in mind before becoming a heartbreaker. However, you can’t completely avoid hurting people. It doesn’t sink with some people when you tell them “I will hurt you for nothing”.

They are overconfident and think they can handle heartbreak.

“I will hurt you” is not the right thing to say either. Maybe “I might disappoint you” can work.

If the person you are dealing with has high expectations, then go with “I don’t want to disappoint you”.

Disappointments are a normal part of dating. People expect them here and there unlike being hurt.

No one wants to be burned in love affairs. In fact, no one goes in expecting to be hurt.

A person who says “I will hurt you” is a low empathetic individual. You don’t consciously hurt people unless you are a sadist who enjoys seeing people hurt.

The person who constantly gets hurt might be too emotional and poor at choosing mates. You can’t love heartaches and bad treatments unless you have very low self-esteem.

The other version of “I will hurt you” is one I usually get once in a while “I will snub you or ignore you for nothing”. You get the latter when trying to get a contact from a snobby chic who feels too cool for life.

No one ignores people’s messages or calls intentionally to feel good about themselves unless they are narcissistic or they like artificial attention.

If you are genuinely over occupied, that will tend to happen naturally, you don’t plan on snubbing people unless you are very egotistical. That is trying too hard.

All in all, you can be better, don’t say you will hurt people unless you like seeing people suffer. No one does something like that. And if you sense you will be hurt in a situation, you better stay away from it.

I believe it some time when someone tells me something like that. Maybe they are serious. It might not be an empty threat.