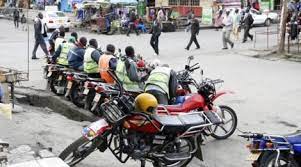 The incident happened on Forest Road, let me call it Forest Hill Drive, it is an album by J. Cole that I am a big fan of, it has tracks like ‘Wet Dreamz’ which is one of my favorite hip hop tracks of the 21st century. However, that is American Forest Hill Drive, it has good vibes all over it. Our Kenyan Forest Road Drive is a nightmare of hooligans that parade as Boda guys.

Let’s not be so quick to condemn those guys, I have no idea of the context of the situation but no lady ought to be treated like that no matter what. Even if she caused an accident, there are many ways of handling things instead of going psycho on our women. Boda guys are out of control.

A week before the video of Boda guys harassing a helpless lady went viral, I was talking to a neighbor of mine about Boda Boda incidents and he didn’t have good experiences. He told me of a story of a guy who was driving home and stopped at the sight of a crowd to see what is happening.

Apparently, some Boda Boda guy had been hit by a runaway car that fled the scene, he started sympathizing with them and the guys turned on him that he is the one who had caused the accident. He noticed them getting more animalistic and fled the scene only for them to follow him to his house and tried to give him shit. I would rather not explain what happened after that but the guy is currently on remand facing a false murder charge. That is one crazy twisted story.

I was hit by a Boda Boda guy while in college, I was just walking by the roadside minding my own business when a Boda guy who could not stick to his lane hit me and scattered my shopping all over the road. I wasn’t hurt, just a little bruising. The guy didn’t run away though, told me sorry and I accepted the apology. Accidents happen I understood. I am a very calm dude and am always willing to let things slide. If it was the typical Kenyan campus student, it would have ended up badly.

On the other side;

My friend told me he was driving and accidentally hit a Boda Boda guy, he gave him 1K for his troubles and the Boda guy told his colleagues to just leave. The case was easily settled.

It is an example of moral decay in society, if you accidentally hit someone what is the right approach? Should you report to the nearby police station or should you ferry the person to the hospital and foot his bills or it depends.

I would say it depends.

I have seen even minibusses hit a Boda guy or hit a saloon car in traffic and speed of the scene fearing the consequences. And then the saloon guy would speed to catch up with them and block the road in front of them. The rest of the situation would lead to nasty arguments and cops getting involved.

The lady in that video could not escape or maybe she slowed down and that is how they got a hold of her. If you are a lady and you hit a motorbike guy and they are in a group, it is safer to report to the nearby police station as opposed to trying to reason with them, those guys can’t think or are afraid of thinking apparently.

Even the one that hit me while I was on campus gave me a half-assed apology and fled the scene asap. I didn’t bother either because I don’t like ugly scenes and silly confrontations.

I either don’t like involving authorities especially if it is a small situation that could be settled out of the law. If you accidentally hit a motorbike guy and he is not in bad shape, you can just ferry him to the hospital if he is alone and is reasonable and understandable or just compensate for the damages on the spot.

If a motorbike guy hits you or hit your car and they stop to apologize, you can negotiate and come to an understanding (that is my advice for men). For women flee the scene if you hit a rider and he is in a group, go report to the nearest station and come with cops to solve. You can’t trust how those guys will react. It is a chance you don’t want to take.

Ambitions as a Rider!

The sector has employed millions of Kenyan youths that don’t have employment. Not every rider is a hooligan, and we are not even sure if all those guys who were harassing that lady in the video were riders, maybe they were just a bunch of hooligans parading as Boda Boda guys and gave the entire sector a bad name.

There are so many riders and a few of them are bound to be bad people. There are good cyclists and there are thugs like the Mayans, how do we differentiate who is out to just make a living and who are the bad apples camouflaging as riders?

That is not mine to answer, I am not an investigator, my dad was one many years ago and he didn’t pass the skills to me. These Boda guys need a union that shall hold them up to standards and strict measures before they hit the road. Proper training and checking of license ought to be a regular thing. That might keep them in check!

If you want to watch the video on what happened, check it on YouTube, search for “Forest Road Kenya Video” something like that. I won’t share such kind of stuff on my blog. I don’t like being a deliverer of bad news. That is why I took long to even respond to that incident.