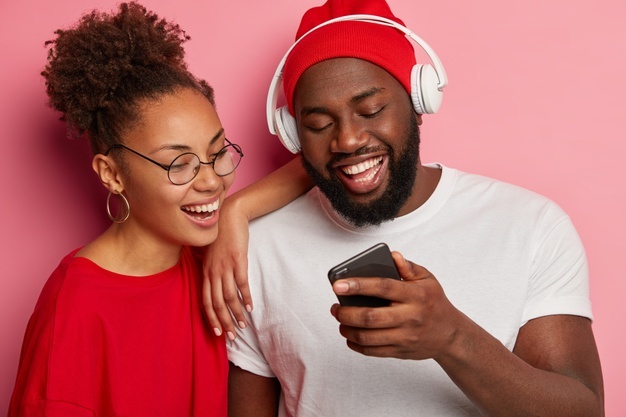 Don’t call 911 yet. No bad boy is holding a helpless princess captive. It is just a headline for an interesting article.

Set a bird free and if it comes back to you, it was yours. I grew up with that saying being hammered into my brain by many teachers.

Most of my teachers in school would take a mental break during the lessons and say something about dating or relationships. And as boys we would be told that, set the gal free, don’t be needy.

I read in a certain newsletter that I have subscribed to that men who are successful with women are the ones who set them free and allow them to feel things other men and society restrict them from.

I didn’t look much into it. I have always thought women are free but it seems they are not. I have always known at the back of my mind that you can’t tame women. And thus when random people on the internet, dating coaches, and psychologists talk about setting women free I wondered where they are coming from.

I came across another article that drove the point home well. Several ladies detailed their experience dating bad boys and one thing that kept coming out is that women are attracted to the bad boys’ “freedom”.

These are a bunch of guys who possess a devil may care attitude. Apparently from the articles, several women grew up being warned to be careful with things and when a rogue guy with no respect for following societal norms shows up in their lives, they desire that feeling of freedom and a fresh break from the normalcy they have been accustomed to.

One particular psychologist from the article puts it down by saying “you desire in other people traits you wish you had”. Women wish they had the spine and balls of a bad boy.

Contrast bad boys to nice guys or white knights who think women are delicate soft beings who should be handled with gloves and protected from the harsh realities of life.

Bad boys do quite the opposite of that. They take women on wild exhilarating adventures and give them a roller coaster of emotions that a nice guy is not able to because of how nice guys view women.

It is not about safety for women. This is something that nice guys don’t get. Women don’t necessarily feel safe around bad boys the way they feel safe and unchallenged with nice guys. However, they trust a bad boy’s intentions and believe that a bad boy can protect them from real harm if someone was to attack them.

On the other hand, women don’t trust a nice guy to protect them from harm. On top of that many nice guys tend to hide their intentions.

One crazy thing I read from that article is one a lady who said she grew up with strict parenting and later on in adulthood went through a period of dating drug dealers because she wanted to shed off her good gal image and embrace her freedom.

As much as women may be consciously aware that bad boys are bad news and not necessarily suitable for long-term dating, they are biologically attracted to men with masculine traits during ovulation. Women thus unconsciously would want to be impregnated by a bad boy. It is an evolutionary or biological drive which tends to be stronger than logic.

Bad boys are a break from normalcy.

Bad boys are forbidden and considered outcasts at times. Women like taboos it seems. Tell them not to touch something and they will get curious. They will touch it and maybe even get burnt.

The last reason women are into bad boys is because they are “projects”. It seems the ladies don’t want a perfect man. Perfection is something very boring to a lady.

They want some fault in a man that they can fix or rather nurture. This is one part of being a bad boy that I usually don’t subscribe to as much. I wouldn’t want to be someone’s project.

You can be better than a bad boy if you reading this and you are not a bad boy who still wants the gal. There used to be a dating service sold to men a long time ago known as “better than a bad boy”. I never looked into it and I am thus not aware of the details but I know you can be a genuine man. And actually, that is what bad boys are, genuine men with real intentions. Nice guys don’t tend to be genuine because they hide their intentions and thus don’t seem real to women. It is not bad having intentions with women, but it is bad having hidden agendas.

On top of that, no one is that good as nice guys would want everyone to believe they are.

The bad boys and nice guys topic is rather cliché and I wouldn’t want to delve so much into it but I have come across it of late. I have been thrilled by the fact that women get a lot of freedom from dating bad boys because I thought women are very free especially in this generation that is persistent on women’s empowerment and freedom.

In case you are wondering if I am a bad boy myself. Let me answer that I am not. I have never been. I have had a few gals describe me as a bad boy but I don’t fit the perfect description of a bad boy. There is no limit to being ‘bad’. Some guys have done prison stints, got into several street fights, broken a lot of societal rules, and are suffering from unnamed sins. I haven’t been around the block like that and I don’t intend to.

One thing I know I am is “naughty”. I can be very cheeky.