He’s out of Your League 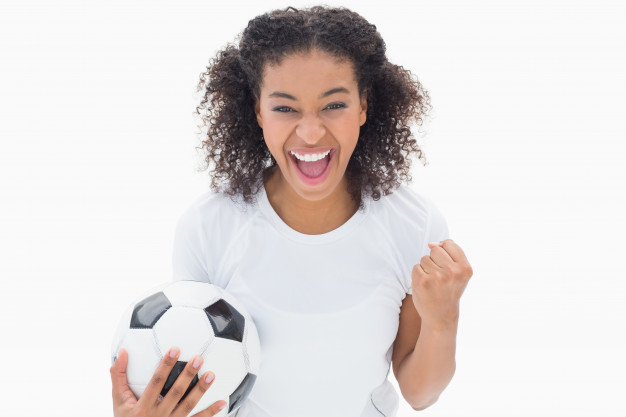 Y’all ladies are married to the game right now!

Don’t even think you are married to a man during this world cup season.

Please don’t…you will be living in denial. Do you know how some men are obssessed with football? It is unimaginable.

Football is like a religion to some niggas, as other men dream of socialites and celebrity divas, they dream of Brazil and Germany. That’s how serious this shit is.

Back to our ladies, this is the time for you to accept defeat against football. You have been fighting for his attention during premier league season, now you will be crying for it but you still won’t get it.

I have never been a football fan. That game looks like a joke to me plus it takes too long, 90 minutes eish. I prefer a fast-paced game like rugby. It is more entertaining.

So how do you deal with men who are fanatics during this world cup season? I have a recipe for you.

Simple, you think men don’t like attention? They do crave it like a cocaine addict, in a different way though. If someone is ignoring you, just give them a sample of the same. And he will say you poisoned him. I have seen hommies call me when they don’t hear from me in a week. Just a couple of days and he will come around.

In fact get an activity, join a sports, even better join a gym and squat. There are some athletic men there who will give you all the attention you want. But don’t cheat because of world cup. It is just a month I guess. That is bearable, you ladies can do six months without it…y’knahmean. 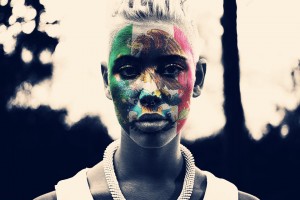 THE REAL HUSBANDS OF THE GAME

So you enjoy soccer buddy! cool, nice game, it is like a drug for you I understand.

The real soccer season is here and I have to help you avoid heartbreaks….so how do you manage it and still continuing with your normal life?…let’s get it on.

You think it is meaningless if you ain’t supporting a side? what if your team get eliminated in the first match? Where do you run to? Another team? And all along you have been telling your friends how you are pysched up to cheer it all the way up. Let me tell yah nigga, a good player doesn’t mind changing his personality to get the girl. He studies the girl and switch his persona to what she likes. When the relationship is over, he comes back to himself. Adopt that and apply it to football, watch all the teams just play until the last rounds and pick your best bet. That’s when you will have a sure bet. Okay? that’s when you will get something you can work with. Avoid that embarrassment of having a team that gets knocked out in the first half. I will go as far as saying don’t have a jersey. Don’t wear any.

This is about avoiding heartbreak early. Has a girl ever broke your heart even before the relationship begins? Do you know why that happened? You invested emotions too early. You fell in love with the idea of falling in love, makes sense? Avoid any teams before maturity of the tournament…period! go through puberty of the game first. People who skip stages in lives usually go back to redo them.

PUT YOUR MONEY WHERE YOUR MOUTH IS

Please a beg you? biko (let me say it in Igbo)….don’t bet just for the sake of it unless you are really down to lose money. Money that you can afford to lose that is. Or just shut the fuck up. Don’t thump your chest on how your team will beat the opponent and even go further to prove your argument by putting your money on it. Money is hard to come by haki. And being right is overrated my brother. Avoid unnecessary arguments. If you know you are right about a team just keep quiet. Time will tell. Mature is when you are quiet because you know you are right. Plus this game is like a game of cards. You never know the outcome. Shit can go south anytime. 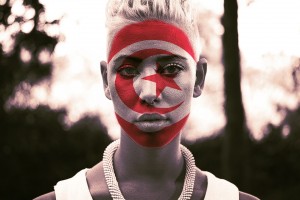 Oh me Oh my! you have always had my heart. You just don’t know how much. You make me wanna ask where did you come from?

So you girls know more about sports than your husbands and boyfriends? How did that even come to be.

You are like the 8th wonders of the world. What do you do with men like Slade who don’t watch football? Do you think we are soft? Now I don’t know how you girls are going to manage it during this season but just watch football in the house. That is it. It doesn’t make sense to leave your house in the wee hours of the night to go watch a game.

Niggas you are a disgrace to the male child…oh I am one of them. I guess I am allergic to trippin’. So what shall we be doing during this season? well, NBA season just ended and warriors took the day. I love that team. The dream team. Everybody in that team started small and nobody knew they could be this big one day. I am always rooting for the underdogs in this life. So that means we are free during this season, waiting for you football fans to alert us when the final match get set up. We are watching that match together. All .Of. Us.