When a man get laid he goes shouting on top of the mountain, he feels like he has just mounted the world….lol. This is true especially if he is not used to getting some from time to time. A man walks from a lay bouncing like he just killed a lion or he just broke an olympic record that has been standing for centuries. They can’t help it. It is called winner effect. Dry spell is no joke and thus sex is a big ego boost for men, they can’t help but thump their chest after a new conquest. Besides real men are known for praising each other’s winnings and that encourages telling…hatunanga uwivu. 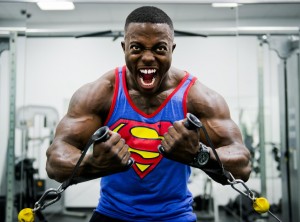 The other side of it is if the chic was hard to get or rather if she was a real challenge. It is like facing a stronger opponent in the ring and knocking him out. You feel like you just unleashed your superman. Some chics can really take you in rounds before you finally hit it. Weak niggas give up on them but confident fellas finds them so fun. Those are the kinds you feel like bragging about right? let’s see how it goes at times.

For other guys getting some is not a big deal. Naturals. They have been there done that. They hook up so easily you don’t even notice it. Hommies who have been around the block. He is probably an early bird. He took off early. It is like he discovered mating civilization when his peers were still colonized by doubts and fears of intimacy. I know a hommie with a 500 lay count….yea you heard that right. 500 and he is still counting. I don’t know where he got the number from but he told me he reached the 300 lay count even before college. I don’t know what he tell ladies but he is very interactive, socially savvy and look harmless. That guy is a wolf. I can smell a playboy from ten miles away. You know the demeanor, the way they strut their swag etc. Actually I like playboys. Most of my friends are. Do you know why I like playboys? They are socially well tuned and are likely to get the things they want in life. There is something about guys who get it and those who don’t. If you can hack the brains of women and get into their servers, there is nothing in this world you can’t achieve if you apply the same spirit. And forget about team mafisi members, I have always been disappointed by team mafisi followers. Most of them are all talk but no action. What we have with team mafisi members is a bunch of clueless guys who think they know women. I usually don’t believe it when someone tells me they are in team mafisi. Real fisis are quiet. Closely watching their preys like an eagle before they pounce. They know their power so why bother to say. If you have to say it you ain’t it bruh. 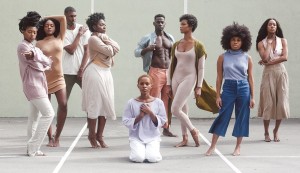 When a chic get laid she is likely to shut her mouth especially if her reputation is at stake…right? yes and no. Let me tell you there are chics who don’t care about narrating their escapades. These girls are merciless gossips when it comes to such matters. I once picked up numbers from two different chics who happened to be best friends and before I could even send the first text to say hello, one of them was already venting and blowing up my phone about how I am a loser for picking her friend’s number. Remember this happened at different times within the same day. And it was just a number plus I didn’t even know they are hommies. And besides numbers don’t mean shit to me, we all know nairobi chics dish out their contacts aimlessly so I usually don’t make a big deal when I pick up a new number but that’s just how quick they pass information to each other. They can be very good journalists considering that they send data faster than a USB cable. Screenshots fly in whatsapp at a speed faster than light bruh so hit on some chics at your own peril, they will even tell their friends the sound you make when you cum. I don’t care about such, I have never been ashamed of my sexual side. Moral shaming only works on men with ‘shame’. You can’t shame a man with no shame like slade jeff.

TO tell OR nah?

I have just been talking about nothing really all along but whether to spill the beans about last night is up to you, I can’t just shut up your mouth. Plus this depends with your personality. If you have a big mouth and you like running it, nothing will stop you from that. If you like keeping shit on the low low, then just do that. But be careful about the reputation of the other party. Don’t reveal names. Hide the identity of your partner in sin.

But seriously we live in an era where sex don’t mean shit. It is nothing. Guys just get laid and move on…hatujali ata. If you are still bragging about getting some, you are backdated, very traditional. And unless it was so amazing, just spare us the boring details. And as I have said, it is nothing so shut it. Keep an open mind peeps.