There is no small job right? guys have made it by doing stuff that doesn’t seem lucrative. Some jobs are considered for hustlers here in Africa but in some parts of the world they are well paying. When guys grow up they don’t even dream of doing some of these stuff because we don’t see how they can get us good paper. And thus many people dream of banking or engineering as the ideal hustle when they grow up. However, it is normal for a kid in New York or California to dream of being a fashion photographer. Because he can make it in life by just doing that. These are some of the hustles we see as normal back home but are well respected in the civilized world.

To Kick off the list we have photo guys. When growing up, I never heard anybody in our class say they want to be a wildlife or fashion photographer. We didn’t even know how such a thing could even work out. However, a successful photographer in England or Italy is able to live in a mansion and drive a Benz. Even back home the best photographers make some good cash. They live better than some people with seemingly lucrative careers. So don’t be shocked when your friend who decided to pursue this field build a bungalow in a few years. 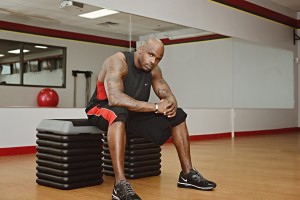 Back home we call them gym guys but in developed countries they run lucrative businesses. A men’s magazine like menshealth has successfully created a business by purely educating about fitness. What do you know about fitness apart from squats and bench press? There are like 30 variations of planks and I am sure you know none. Anyway, with the sprout of YouTube channels, you can catch up with some of the best instructors running fitness classes online. Advanced instructors have their own fitness reality shows and even celebrities sign up for their classes. Even back home gym instructors get good cash. My friend who is a fitness instructor drives and live well as your doctor friend strikes. He has modified and introduced some unique circuit workout routine.

It is fun in big cities back in the United States. The few Americans that I know confirms to have bar-tended at one point in their lives and to them it was such a nice job. Back home people would consider it just a job to get by with but in advanced cities like LA getting a bar-tending hustle is not as easy as you might think. You need to be a good mixer. Can you mix a cocktail that blends with someone’s mood or personality? Think of it from that angle and you will realize it is not easy as you see it. Plus if you are doing it in a city like New York, you get to be part of all the big parties and events that your club throws all the time.

Back home it is not even considered a job. In fact it sounds like a joke when someone tells you that they are modelling but in Paris or New York or Chicago, it is a noble profession. This is the most competitive and toughest job you will ever know if you try getting into it. Even back here in Nairobi it is not a joke. And guys think models are soft. They have a real tough skin. They can attend 50 auditions without booking a job and they are still willing to go and try the next time. Actually they can go for two years without getting a meaningful job but still stay confident. They can handle rejection with a smile. They just shake it off like it is nothing. And people call them all kinds of names; bimbos, brainless etc but they don’t give a shit. If you want to know what true confidence is, hang out with a successful model. Anyway it pays when your face get to appear on that billboard or a TV commercial. The good thing with is that you can do one job that will sustain you for the next six months. One of my hommies tell me he does only two jobs in a year and that is enough to sustain him for a whole year. But try this one at your own risk, you better know your esteem. 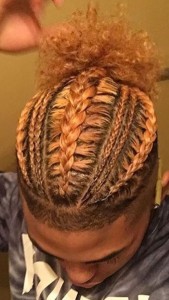 Okay, who is your stylist? we have movies specifically called ‘barbershop’ and that tells you how it is such a big deal back in the States. Actually guys invest in a chain of barbershops. You think a hair stylist is broke? think again, they make serious money in those places where style is appreciated. Men and women have come to appreciate their hair and noticed how important it is as part of their looks so people invest in a good hairstyle nowadays. You see some dope hairstyle in the streets that your average stylist cannot just pull off. You will need a specialist for such. And locticians have been keeping dreads so clean. I am thinking of getting some dreads.

It depends with what you are writing but if you can create a Hollywood script or make a great novel that is adopted by film makers, you will make some fortune. Being a great writer takes lots of work, creativity and exposure to different cultures before you can come up with a piece of work that is celebrated by all kinds of people. We can see things, but not many people can put it in writing like slade son.

It is end month so celebrate your hustle…kisses!!