DO it for mom? yes, do it for mama?? What? It is an Ad being run by a Danish traveling agency calling on young couples to have children.

let’s stop there for a minute.

I have watched many Ads, and actually I have had a short stint in an Ad firm and so I check out international ads from time to time but this one caught my attention. When I saw the title of the Ad on LinkedIn I thought it had something to do with helping your folks in old age and stuff like that since in Africa when someone talks about ‘helping mum’ it basically means reaching out to your old peeps for some support. I am all about support so I clicked on it and it just took an interesting turn. You want to check it out? I know you do, It is one hilarious ad so just click here and have a glimpse. But first let me tell you something…move closer.

Now let’s see what it is all about.

Apparently Denmark have an aging population and kids are very few. In fact from research, guys have babies at the average age of 29. That is quite mature for child bearing. So it is like the government have this campaign urging the young bloods with raging hormones to have lots of banging and engage in lifestyle activities like vacations that will set them up for getting pregnant. Eish, I never knew it is that serious. Actually, if you get pregnant there you are supported for a very long time even after the child is born. 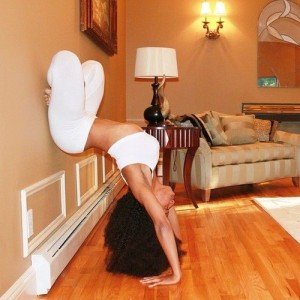 So let’s get back to the Ad, the message from the Ad doesn’t even target the young couples who are still virile? Naah, the message from the ad scares old people…NO… actually it bullies them by telling them that if you don’t purchase a vacation package for your son and his girlfriend, you may not be able to see your grandchildren…OMG! That’s where they killed me with laughter. And then they turn around to young bloods and say something interesting, that if you want mum to be happy…just do it. Go to that vacation and smash the hell out of each other. In other words, ravish each other until someone gets a big tummy…eish I swear I wish I was born in that country.

To the parents they say that if you purchase the vacay, it is like you are investing for your family. You are ensuring that your lineage continue. For the young guys, it is like you are making the dreams of your parents come true when you go for that vacation. Since the beginning of the world, we all know vacations are always expenses but according to this Ad, if you go for a vacation you are ensuring that your country and race continue to exist. In fact it is more than a favor to the society if you take a vacation. You are a hero.

Do I like the Ad? I fuckin’ love it to the core. The creativity is out of the box.

Has it been successful? Very, over 16,000 conceptions happened because of it.

Would I try it in Africa?  Now this is where the joke stops. Chineke, Why now?? Who will buy that? Nigga really? Our parents??

Try pulling that stunt on African parents and you will be met with the same wrath that CAK got when they tried to tax content creators. In fact we are too few and too many at the same time in comparison to the ‘resources’ we have. And we are still having kids, we believe kids are blessings from heaven and when they come, the situation will just take care of itself. In fact Africans are not even supposed to count their little hommies. It is an abomination to do that.

All in all, I find that Ad quite engaging and I thought I should laugh it off with you…let me know how you feel about it.