Boys! what if she sits on your face? 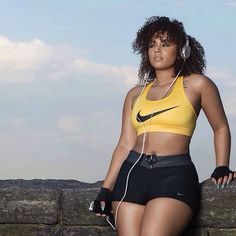 Niggas gender violence is real. You think you are safe because you are the one who is physically strong right? Not so fast, just pause a minute and think about it again. I have realized that the 21st century woman is very aggressive in every definition of that word. They lift weights and I mean heavy metals, plus they train in boxing and karate. If a chic can squat with 60kgs why won’t she kick your skinny ass when you do some bullshit? And if she can’t beat your ass, she can get support from her crew and kick the shit out of you. You need to be careful with some girls and watch your behavior. Don’t mess with crazy chics because they do crazy things. Now, let me tell you some of the reasons why chics can beat your ass. I will start with what we all know.

You get wasted on liquor and can’t perform your manly duties. You subject her to endless dry spells and you have also ignored your financial obligations in the house. Let’s say she is your wife and she doesn’t want to bring many people to your ass kicking session. What she will do is just time you when you are drunk and kick the shit out of you. This is what happens in Nyeri I suppose.

I am guilty of this just like any other young man I know, although I haven’t been beaten for such. But let’s say this, if you girlfriend many girls who happen to know each other, why won’t they gather and kick the bullshit out of you? If you are going to flirt with many chics, make sure they don’t know each other at all. And don’t promise any of them exclusivity. Avoid promising monogamy if you are just hooking up around. Or else chics might gang up and storm your house.

YOU DUMPED OR REJECTED THEIR FRIEND

Let me tell you chics are poor at handling rejection. Very poor indeed. She just can’t understand why you don’t want her. They were raised to believe that they are princess and men will worship the ground they walk on. And then you come around with your playboy swag and you feel too sweet for her, my brother the biggest beef you can have with a chic will happen when you blatantly reject her and go for another female. And that’s why I would advice chics to just sit back and wait to be approached. They can’t handle rejection like we men. Men get rejected and they forget about it 20 minutes later. They are the hunters and they know that you can’t catch all birds. They just understand that rejection is part of the game. When you reject a chic you bring out all the venom in her. And if she can’t beat you up she will inspire her male friends to kick your ass.

Again if you dump her after smashing her you are likely to receive a dog beating. Especially if she had invested all her feelings and hopes in a long term thing with you. Some people can’t just let go.

SHE CAUGHT YOU IN THE ACT WITH ANOTHER FEMALE

Yea, she came home and found you banging another female. Damn, why won’t she remove her heels and weaves and throw them all at you?? This is a tragedy right there. And she will make all the noise for all the neighbors to come and see. And you might end up receiving a ‘mob justice’.  Bro, if you are going to cheat with another female don’t bring her to your house if you have a loyal chic who has your spare key. Go out of town. And besides, cheating is played out, you can smash the side chic together with your girl (pun intended). And that will lead to the next point.

She has been suspecting that you are cheating. And when you left your phone to go to the bathroom, a message came in. She decided to check it out and kaboom, it is from your side chic. If she is the temperamental type, why won’t she just hit your face with that phone plus the text message on it and storm out of the house. But most likely she won’t do that, she will go around town and hire some female gang members who will kick your ass and record the video for the world to see.

She’s tried every little thing out there with you but you won’t just listen or even try to meet her halfway. One day when you are arguing she put the ‘bitch slap’ on your face…haha.

You think chics don’t like chaos? huh, they love drama so bad. If she is the violent type and she likes solving her problems with fists and kicks she will step up I swear. I have had girls who were ready to physically come at me but they couldn’t because I am quite tall and strong plus I can just hold her hand and contain her. I ain’t got to fight nothing. If I was smaller they could have tried to punch me. Even men have tried to step up but they back off because they know they will lose. Either way let’s stay off violence and solve our issues amicably. I didn’t go to school all those years just to resort to violence as a way of solving stuff. Use your brains and not your hands.

Avoid cheating and treat every girl like she is your girlfriend and you will stay off the bashing. Plus don’t turn into a drunkard if you are a father. Alcoholics make useless husbands and boyfriends (sorry guys).