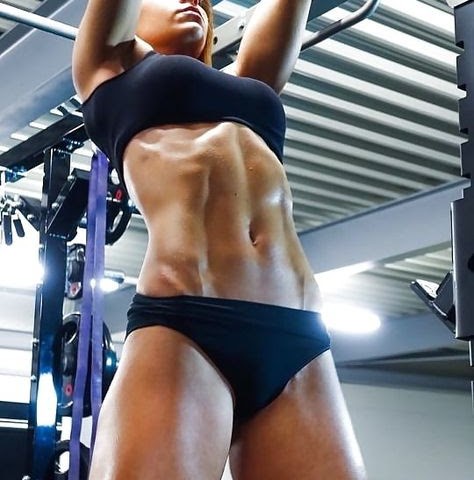 Since every website I check out has an Ad on a muscle story, let me take you through mine, follow through. I remember walking into a gym at the age of 18, I wanted to get fit so that I could join the military. At that time, I thought I had the height but lacked the muscles and mental toughness I would require in the army (grit). And which place was better to train for that apart from the gym? The instructor was quite ripped and we spent a lot of time working out and just talking about the fitness journey. He told me some guys go to the gym to have fun, others want to make friends, some want something to do after work, some want to let go of stress and then there are guys like me who genuinely want to gain more mass. I didn’t get to join the military, they said something about my legs not being well curved?? I don’t know what they meant by that. But I went on to fall in love with anything fitness. And that’s when my muscle story began. I would work out on and off just like most people who pay for a 6 month membership and only show up for 1 month. When I joined college, I was really slim and guys would ask me why I am trying to work out. Of course I was trying to get jacked, guys think working out is for only big guys who want to cut down some fat.

I have always wanted to get tattoos but there is no way I was going to put ink on skinny arms. I needed the kind of arms you hang out of a car window, the beach arms. So I would try to save and hit the gym even for two weeks but I didn’t gain mass quickly. I think it had something to do with inconsistency since I barely had enough paper to pay for membership every month. But I made a lot of instructor friends when I was in college. They are the most disciplined people I know. They like consistency and they are all about pushing your body beyond limits and tricking your mind into new challenges.

And I guess that is the first step in your muscle journey. Having friends who are instructors or health experts. I usually don’t believe in the saying that ‘birds of the same feather flock together’ because I have seen people who are so different from their brothers or even parents. But I know that if you want to be more lean, you will have to get guys with all the information you need on how to work out, diet plan and how to create a training program. Plus what is good about joining a fitness crew is going for those boot camps in Naivasha. I remember us having this cross country sessions in my high school, I happened to attend a high school of police and military kids so we would have to go running in the mountains every Wednesday. Looking back those are some of the biggest experiences I miss in my life. It was like a good break from school activities plus we all know that high school confinement sucks so bad and thus getting the chance to go out of school running across valleys was just a relief. I definitely miss those days so bad. But running is a cardio exercise, it is for cutting excess fat not building muscles. If you want to gain muscles, you have to go hard on the bench and the bar.

Guys who train for power want to lift those heavy weights like olympic champions or push heavy objects like John Cena. That is too much for me, I am not planning to compete in those heavy lifting of objects kind of competition but I know I want to get seriously ripped and increase my mass. Considering that I am currently at around 73 kgs of muscles, I am in a good place plus my strength is just awesome. My arms got bigger, It is the part of my body that was lagging behind. I have always had my chest just big and shoulders just broad enough. All my girls fell in love with my shoulders. So at least one year from now I will be in a good place to get those tattoos.

Do we need supplements? Use of supplements is like getting fake boobs. I don’t like the idea of cheating my way into fitness. It is just fraud to use those products and then one day your body just start getting thick and loose like it is full of water. And by the way, why do guys in Africa need supplements? We have enough fish, good vegetables, fufu, yellow maize, traditional eggs and kienyeji chicken. I swear if you eat Omena and yellow maize ugali and you work out, you will be shocked how big you can get. Take porridge and eggs once in a while and completely drop tequila and you will be the most healthiest nigga in Africa. I don’t have to tell you to avoid too much cigar and drugs. Cigar is for millionaires who have money to burn. As a fitness enthusiast, the worst you can do is smoke e-cigarettes or Indo which is still not good for your mental health, weed is weed no matter how well it is packaged.

You just can’t take nudes with a bad body. You don’t have that priviledge, it is not allowed to go around taking shirtless selfies if you have no abs. I took my first shirtless picture a few months ago and guys were storming my whatsapp and nagging me to remove that picture from my dp. I didn’t remove it of course, it was a self reward for having worked hard to get to that level where I could take semi-nudes. Would I take a full nude photo? huh, naah because looks aren’t a big deal in men. It is chics who are allowed to show us what they have when they get fit. I like it when girls show us flesh and some abs. Six packs in a girl is just the sexiest thing you will ever see.

And so my muscle story still continues until the day I get those crazy tattoos and a girl with abs by my side…I won’t mind if she also has tattoos.