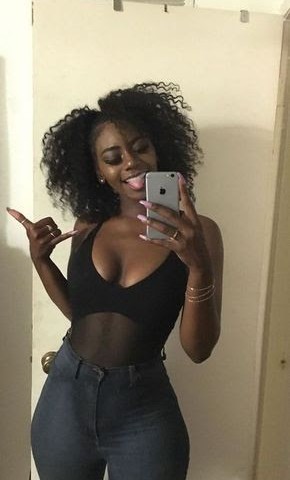 Because they can…period. No. Other. Reason.

What do you think? That men just want sex and can have it with anyone? That’s a fallacy my lady. When a man grows and learn and develop himself into a debonair, he gets choosy. Very picky with his choices. Men who are not challenges are probably in their early 20s, naive and randy. They hit anything in skirt but guys in their late 20s onward to 30 with some life experiences are better off in decision making and keen with women. They know how life works and what kind of chics they need around them as opposed to college boys who are always on a banging spree. But let’s put all that aside, it is just a by the way and not really an issue. I am saying all that assuming the guy you want is a high value dude, that’s why you like him right? But let’s say he is just a regular dude but still slippery like soap…what might be the reasons?…well I asked around and spent time with some dope boys and these are the results.

When the lady is the one pursuing a man i.e the aggressive one, the man tends to be reluctant in stepping up. It is normal and nothing to think about. Let me ask you? what do you want? is it the things you have or those you lack? I don’t have to answer that. If you can’t figure out that, then just stop reading at this point because the next points are even more complicated. You are probably too available and that’s why he has no interest. You are not a challenge.

HE’S HOTTER THAN YOU

I suppose as a chic you know your level in the sexual marketplace right? I mean you are aware of where you stand? Are you a knockout or not? does many men want you? or you are average? No pun intended but it will be a mistaken belief to think you are all that if you ain’t. Even men know if they are hot (wink wink) although for us looks doesn’t matter, it is the money and personality that gets us babes. For women it is the looks first, that is what we notice and actually what turns us on…it sounds shallow to put looks on top right? Too bad because men are like that, I would like to tell you that we value intelligence and character more than physical appearance but I will not be realistic,  booty and boobies comes first then brains complete the package. And to go back to my point, it won’t make sense if a man looks better than you, how now? Men are ugly creatures and very rough and thus almost all women look better than men.

This is what he is saying right? lie. No one is ever that busy my lady. He is fake busy just like everybody else who use that word ‘busy’. He is getting a better offer from somewhere. It is just an issue of priorities. So thinking he is preoccupied by stuff and that’s why he ain’t giving you attention is out of the picture. Does busy people go for dates? all the time, visit friends? like big time. And so which kind of busy is his. In other words he has a better ass or is just focusing on some other more significant stuff than you. The word ‘busy’ is being thrown all over of late, it is one of the most misused words. It is the same way many people are called ‘genius’ nowadays…although you can say Slade is a genius, it sounds just right.

He just can’t help it, dude got many options. He has many chics on his timeline and he is not even bothered by you. That means he is not in a hurry to get you like a dude with few options. It is called living in abundance like a Hollywood superstar. If he has chics lining up to jump into his bed, he might just keep you waiting longer in line if you are not in front of the queue. Be the leader of the group. The head bitch. And you might get served some before the rest. Or you can jump the queu, didn’t you do that in high school? apply the same skills here. Rough up those other girls and get noticed…haha. I have seen chics rough up some girls to get my attention, I swear I felt like Khal Drogo.

This is what they call many bachelors. He loves himself too much that he can’t even stand the idea of sharing his body and life with someone else. Do you think we are? of course a little bit. We like ourselves too much and why won’t we. You can get screwed so bad out there if you are not a little selfish with your life. You won’t just welcome anyone in your body, won’t you? So do us, we don’t just hit anything on site? ooh sometimes we do, when we care less but a majority of the time we are quite careful where we stick in our dicks.

Yeah, somehow related to the above point but some guys are just too picky. First of all they have options, but most importantly they have explored many territories and thus they are not in for the thrill anymore. I heard you get tired of getting around when you hit 40s. Being randy has its own time limit. May be a guy has reached that stage where he just want a lil momma and a home in Kitengela. He wants to settle down and thus he just has to be picky with his women. Am I picky? aki sinanga maringo hata.

I saved this for last, but even you chics brag a lot, why won’t we? I swear pride in a man sucks. I can be a super snob though, I will ignore your ass if you start feeling too hot for me. I am only down if you are cool with me, pull some stunts on me and I will get so cocky and arrogant plus messy at the same time. Pride ain’t bad though, sometimes you feel you can get a better deal…eish…haha. And who isn’t proud of themselves? It is a lie if someone tells you they are not proud. We. All. Are.

I wish y’all a kick-ass weekend…