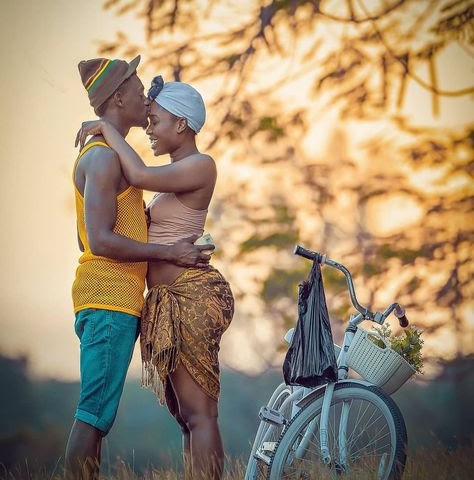 Yes, we gather here to talk about zilizopendwa za kukatiana. Our fathers and ancestors pulled these lines and they worked just well, you see seduction is something that can change because of times. The principles of making a girl weak on the knee are the same but the delivery has changed. In fact they say chivalry is long gone. With team mafisi on the prowl all over whatsapp and Instagram, some manners that men would follow to get ladies are long forgotten. And I know you wonder how old boys would get lil mommas back then, follow through.

Of course we all know there was no milkshake, shots of tequilla, cocktails and all kinds of sophisticated stuff that guys take on dates back then. The cliche date was beer and nyama choma. And the funny thing is that our old guys never had these health issues and some bad bodies I see nowadays…ooh, they eventually got big bellies in their 70s. I think it is because of too much barbecue and beer they took during those dates as youngsters. Any lady in her 50s was taken to dagoretti for nyama choma if she was hot. Damn, even whatsapp wasn’t there, I wonder how they would hook up. You just hoped that she would show up as you agreed with her…nowadays you agree to a date and if she hasn’t shown up in 10 minutes you shoot her text inquiring why her ass is still late…

Omg, this is a classic like tuxedo. I swear this didn’t work only in Kenya, it did in any part of the world. For white people reading this, it basically means telling a girl you will take her to the capital, especially if she is from the country. 50 cent says in that song ‘pimp’ that “she is from the country, she loves me because I am from New York”. Damn that’s when I knew that line is golden. I think it has to do with the fact that economic resources and opportunities all over the world are usually based in the capitals. Trust me even an American kid who grew up in Compton or Long Beach California dreams of the day he will set foot in New York. You live in a city but still dream of going to another city. In Kenya we would only hear good stories about the capital, and the ladies back in the village would be all yours if you promised them a life in the big city. However, with the introduction of county governments, Kenyans no longer fancy Nairobi. Guys are talking of Qatar and Abu Dhabi nowadays, oil money my friend. Arab money is what we want.

English: I will buy you a car

Damn, there was a time owning a car was like gold. I remember growing up in the village and someone with a car was considered so rich and well to do. Nowadays cars are just nothing, guys buy and sell them like mobile phones. It is normal to have a toy. You see in developed nations, having a car is not a big deal, even high school kids drive to school. Cars are all over. But back then, anybody who could afford a ride was super rich. I remember my grandpa had a pickup and he was considered well to do…lol. Does this line still works? of course it does in Nairobi, trust me when my boys go out with cars they get girls. A hommie of mine told me he gets a completely different reaction from chics when he is driving his brother’s car as opposed to when he is just walking around in rubber shoes.

Omg, this is another one. I don’t know how they would put this but if you had land or your family had large tracks of land, it was quite a symbol of high status. I don’t want to talk about land in this blog, we all know how this shit is an emotional issue but let me tell you I have never valued land as a commodity. Yes, it is a factor of production but for me I just don’t get it, it is not something I would strive to own. I just want an apartment, whether it is on air or land I could care less.

English: I am well schooled

Haha, guys would brag so much of just attending even high school back then, damn. Those were the days when a degree was something real, nowadays nobody gives a shit whether you went to school or not as long as you can get money, who cares? School was quite something big back then but nowadays illiteracy has been redefined, if you can’t even install antivirus in a computer, my friend you are illiterate. I remember trying to up my technology skills just after college so that I could be at par. And my tech skills are not that bad at the moment. I am good at using most softwares.

English: We are going to make lots of kids

Yea, let’s make babies…haha. Omg, who want kids nowadays. There are single parents all over because guys fear taking care of babies. I am so scared of getting babies, I ain’t just ready. But trust me guys still tell each other this line “I want you to give me a baby” or you can hear boys telling their friend with a hot chic to get her pregnant. I think it is human nature to want to reproduce with someone of good genes. If you are tall, brilliant and strong, many females will want to reproduce with you because you will give them strong, competitive kids. This is not a bad one. I would want to have kids with a strong, beautiful, intelligent woman too. I am not just going to spread my seeds anyhow.

English: What do I buy you

Ama niambie nikupe unachotaka. Tell me what you want? Yea, it worked a little in bars but this is not a good line, it withdraws all the power from your hands. It makes you the one chasing. I won’t advice you to throw this shot. But the smart guys back then would say ” I wish I had money, I would give you the world but my love is all I got”. Perfect if you ask me. Actually I have heard even famous musicians sing something along that line.

Some of them can still work if you restructure them to fit the current lifestyle, others suck….