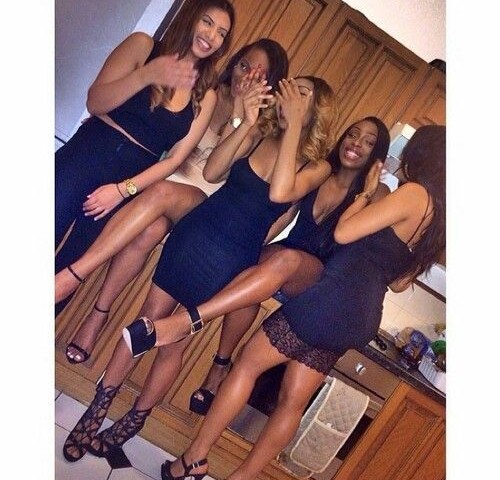 Let me ask you my brother, who is your favorite rapper? I mean the one you liked even before he was signed to any major record label, when he was just releasing mix tapes. The one you would tell your friends about his skills and they would be like “who is that?”. The one you liked when he was still free-styling in freshman cyphers. And all along you knew he had the talent and it was just a matter of time before he blows up. I don’t know who is your favorite rapper but I know there is that one rapper you are biased to when it comes his lyrically ability. And even when he release average songs, you are still his fan. I am not talking about rap only but even in movies and other forms of arts, we have that favorite artist that we all have lots of love for. You are just a fan of his or her work whether he is selling millions or flopping in charts.

And I know you wonder how your favorite rapper is related to dating right?

Well, here we are on a Monday, and there are chics who call you their man crush every Monday on social media and whatsapp. And you, on the other hand is concerned with and chasing after girls who care less about your existence. But I understand, it is normal to go for things that are a challenge as opposed to the easily available ones.  I don’t oppose that bro, I know real men like challenges and solving puzzles so you are going to work hard for that hot hard to get chic. I understand your desire to crack tough cases but just make sure that she at least likes you.

If a girl likes you the entire process of seduction will be fun even if she is playing hard to get. You will enjoy the chase. It will be fun even if she put up walls for you to climb. As opposed to going after a chic who clearly has no interest in you. Yes, you can still work your magic and make her like you but why all the hustle when you can just go for the ones who like you. I believe in working smart as opposed to hard. Make your life easier dude.

You, on the other hand should also like her. Unless you just liked a girl and everything about her even before knowing her, It will be quite difficult being passionate about her during dating. You will have to learn to love her during the dating process which is kind of unfair if you ask me. It is not advisable being in a relationship with someone you genuinely don’t like. It sounds absurd but guys who don’t even like each other get to date at times and they think it is right, big mistake. Or sometimes you find one partner is in love and the other one isn’t. It is like guys just hanging out in a relationship.

And just like in music, there are those musicians you never used to give attention to and even when their songs played on radio, you wouldn’t even bother turning up the volume or even trying to move your body. But over the years, they have evolved into great stars and worked on their craft and now you fell in love. The same thing can happen in dating, there is that chic you were never all about but with time she got hotter in your eyes or you started noticing some good qualities about her and it seems you like her now. Or you are the one she never liked at all but with time she noticed some good things about you or she observed that people like you and she fell in love with that. In both cases, the initial attraction wasn’t there but it grew with time. I don’t like that kind of attraction that grows with time because it lacks the fascination that you have for someone from the beginning.

All my relationships that have lasted longer and I can at least say have been beneficial to both parties are those that were founded on genuine likeness and chemistry. We liked each other just by looking at each other. And over the years as we go broke and get rich and broke and rich again, the love is just there.

But you have one problem, that of identifying girls who like you…huh. I know you wonder how but trust me these girls have weird ways of showing attraction towards a guy. Some yell, nag, connive, and even threaten you by testing you if they like you. I think girls have the strangest ways of showing attraction. For men, it is simple because many of them are just forward with their intentions. But girls who like you can pull some of the strangest shit you’ve ever seen. They start asking if you have eaten as if you are some homeless dude.