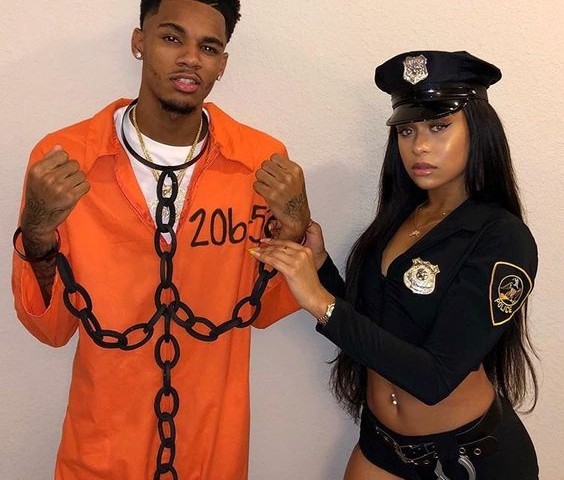 “I met this hot chic but she is a virgin” One of my hommies said that when we were chatting.

And I wanted to reply with “How sure are you she is a virgin?” because I don’t think a girl would be straight with her lay count. They usually downplay the number of sex partners they have had. Because they are morally shamed for sleeping around. A woman’s reputation is everything and she can say anything to protect it. On the contrary, men nowadays don’t give a shit if you are a virgin. And women will equally run away if you tell them you are a male virgin. Wtf will she do with that anyway? Women want a man more experienced than them between the sheets not beginners who are still guessing how to go about intimacy. You better know what you are doing down there boy.

There was a time in college I was hanging out with some chic and she told me I seem like a virgin. She found it rather boring that I act too holy…lol. She was wrong because I took off way back. Some girl also took a look at my hands and told me I might be a beginner to her…damn. You see those strange ways people use to gauge someone’s sexual experience. It is all bullshit, it is like saying that if you are in some jobs or from some race, you like whoring around. It is a little vague. There are no sure signs of virginity. Even the old sign of bleeding during sex is not accurate. I heard that sometimes you can bleed even if you are not a virgin.

Going forward with my story, most men don’t want a chic who has been around the block but they somehow expect a girl to be good in bed i.e miraculously have sexperience. And I am like how now? Where do you get reference points? By doing it. Unless you’ve had some sex for a long time and with different partners, you definitely lack the experience. It is only in movies that amateurs wake up the following day with some super powers. But this is real life. You just don’t become a sex goddess or god overnight.

The old adage is that you can’t have your cake and eat it. If you want some amazing sexperience, go for girls who have it and expect them to have been around the block or rather teach her if you are good at it. And If you are teaching her, she may just be that virgin whom you are scared of in the beginning. Think about it, girls good at it are mostly strippers, pros or hood chics who grew up too fast and knew men earlier than their conservative counterparts. And here are , no boys saying they don’t want to date a girl with a high lay count…wanataka vitu fresh. And they still don’t want virgins…you get tired.

So what should virgins do? feel ashamed? Naah, it is completely normal for someone to not have had intimacy. Especially if they are below 24 years. Some people also have a low sex drive. And you don’t have to say it to men. They usually think virgins get clingy after their first encounter and that’s why they avoid them.

Ati a virgin will get obsessed with the D and follow you around…that I can’t tell because I have never been with one.

And up to this point of the article I still don’t know what to do with virgins. I haven’t had a solution for them yet. What I can advise is that they look for other virgins to start experimenting with because the more experienced hommies are selfish with their skills. They don’t have time to teach rookies. It is just the same way a company will pass a fresh graduate and go for a more experienced guy.

The funny thing is that less experienced people tend to look for more skilled professionals to guide them right? So I would advise the sex gods and goddesses to be more generous to the learners with their skills. And virgins should not be in a hurry to get laid until they can handle it. Having sex is a big decision trust me, it is your body and you just have one so take care of it. We have strange STIs nowadays like that Jakadala thing…that shit scares the jesus outta me.