Who’s your daddy? boychild got nothing on sponsors! 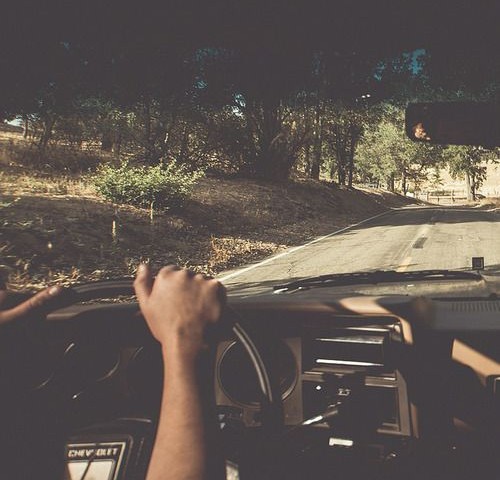 How good is your driving? I don’t mean speed because that is automatic. You can accelerate and decelerate at your own will but not wheels. The truth is that majority of drivers are not good on the road. But they can’t admit it. Most drivers are men and men have big egos. They always think they are good in such things. Even if they drive in the middle of the yellow line as if they hired the road for a movie shoot. Unaeza dhani wamenunua barabara. Kenyans buy even roads by the way so I am not surprised by their funny driving patterns. I am writing this because I have been told of too many accidents of late and I thought of taking a break from love stories and other things I usually write about. Road accidents are real. I never noticed how they are until guys close to me got involved. Things never seem real until they hit home.

And all those stories have one common denominator. Ignorance of small details on the road. I remember when learning how to drive and the instructor kept saying one thing “you won’t fail a driving exam anywhere in the world because you didn’t start the car and drove it, you will fail because you ignored a small detail that can lead to a fatal accident”. You see that indicator you forget to signal when making a corner or parking by the roadside. That’s what is going to make someone driving behind you crush into you because they had no clue you were making a turn or slowing down to park.

Those stuff you see in Fast and Furious, formula one etc are not to be practiced in our local roads. Leave alone those things for movies. This is real life. You don’t just gamble with life like that. When I was hanging out with my friend over the weekend, he told me his brother parked behind a trailer and another trailer blocked them from the back. And they ended up squeezed between two trailers. What happened next is rather imagined than explained.

The end result is that his brother now walks with metals inside his legs. Yes, he recovered but the kind of pain he went through is something you don’t want to be a part of. When it is cold, he feels pain and when lightning strikes, his body shakes because he has those metals. Damn, that is scary. Just a few days ago I hit up one of my friends because he has been kind of quiet and the hommie tells me he is in crutches. He broke his legs in a car accident. I know many more cases and I won’t go into details but just to be safe on the road, you want to observe some things;

This is a road safety campaign that calls for guys to heckle at careless drivers. The greatest disservice to this nation is in your silence. You see shit going wrong and you keep quiet. You think you are being cool. Well, you are too cool for a third world country like ours where chaos is the order of the day. I am not telling you to turn into a snitch. Don’t be sneaky about things. But when a driver is poorly driving, call him out on that. You might save a life.

BE Honest with your driving skills

If you are not good on the road and you have a driving license, just stay off the steering wheel. Getting a DL is not that hard in Kenya by the way. I remember when I had mine, I would still go for refresher classes because I was still not confident on the road. I am not the type who advocate for false confidence and neither should you. Practice more before you hit the road. You have to know what you are doing on the road or else you will risk lives.

Don’t assume you are a good driver. Driving looks easy until you try it with a manual car. Or seat next to a serious driver or instructor who keeps pointing at your mistakes. You will realize you ain’t good as you thought. I can roughly estimate that only 50 percent of drivers are good. Because 99 percent of them are men and men tend to overestimate their abilities.

Just uber when you are drunk. Or have one guy that is not drinking in the crew drive your team home. Or call someone to pick you up. Drunk driving is something that people know is wrong but they will do it anyway. That is what we call gambling with your life. Don’t be careless with your life bro.

A good driver is aware of the small details while driving. It is that small indicator you forgot to put that will lead to a crush in the next few seconds. An accident destroys lives in seconds. Lives that has been built for years come crushing down just like that. You can be lucky and recover but luck on the road is not something you want to take a chance on. Just have control on the wheel. When you lose that leg and you can’t go dancing anymore because the last time you went dancing you got drunk and drove your way into an accident, itakua shauri yako. Ukinyamaza halafu dere aweke gari kwa mtaro and you lose your hand, it is up to you. Zusha.

Don’t have a mini bar in your car

Guys do btw, they have a collection of whisky in their boots or next to their seats. Looks hot right? Your passengers can be drinking and I am sure they will want to make a toast at some point. They will include even the driver in that cheers let’s drink to that moment. I swear when guys are drunk they throw caution to the wind. I rarely drink but the few times I got drunk I did some messed up shit. I remember getting loud in a party sometime back when I took shots of tequila. I got totally out of control. But I took some water and got back my senses. All in all…keep liquor far from the car. I have been drunk in people’s cars before and it is not something I will advocate for.

Alcohol is not milk

You take that substance, you get high and you lose your senses. It is that simple. Liquor will always be there. Don’t drink like the world is coming to an end. Even if it is the end of the world, I hear they serve beer in hell. Well, I hope they serve beer in hell like Tucker Max wrote. And I have been invited to a whisky testing session…just like that. I won’t drive on my way though!