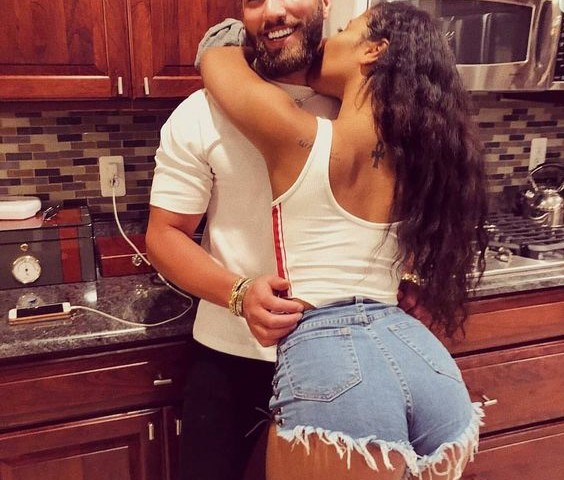 In science human beings are considered animals. I would say the most dangerous animals roaming on the surface of this earth are human beings. They can be destructive, borderless and ruthless in their desire to achieve whatever they want to achieve. Just the same way you will find different animals in the jungle so shall you meet different hommies. Actually some sports team identify with certain animals. AFC identify with Leopards. Some rugby team identify themselves as wildebeests, others are known as Sharks. I actually have a childhood friend known as hippo. Hippo ma men, wherever you are, holla at your boy.

If you are a chic, here is the list of animals you shall meet. Not when you visit Maasai Mara but in the modern jungle.

Eish, mbona tuende mbali? The thirstiest of men you will ever encounter. These are thot niggas. They eat women like meat. Anything goes for a fisi. Many men in Kenya claim the mafisi title. But the real fisis don’t even say it. They just know what they are. I know many fisis but let’s leave it at that. How do you tell a fisi? You can never tell on a fisi. You just let them be. Unanyamazia tu story.

These are savages. The bearded guys with muscles. They are intimidating. The type which don’t shy away from confrontations. Think of boxers and hip hop rappers. Most of these guys grew up in the hood and now they have gained some affluence. These guys can eat you too just like Fisis. In fact wolves will eat you alive (pun intended). Think of wolf of Wall Street type of guys. Arh-wooooooh ah-woooooh…damn I am just trying to make the wolf sound.

The BIG family. These are huge guys by size. They wear leather jackets and occupy bigger space. Cool guys to be around. Most of them are corporate honchos. These are boys born weighing 3.8 kgs. I have no problem with our big brothers. I am sort of a slim dude. Though I am getting big of late.

The kings of the Jungle or is it savannah? My friend who loves animals told me lions don’t stay in the jungle as I think. I asked him how this small animal became king of the jungle and he told me lion is on top of the food chain? Was that explanation even right? If you see any man leading a group of men or an organization, that is a lion. I don’t know many lions though, I don’t stay in the jungle as such. I am sort of a nomad.

Eish, a man’s best friend. This is where you will find me. This is my category. Think of your ride or die type of guy. I didn’t say dog? Dawgz are loyal if you treat them well. You can count on this type of guys to secure you and be there for you. Dawgz leave only when you mistreat them.

I don’t mean the celeb. I choose Jaguars to represent rich guys because a Jaguar is a very expensive car. It is also a rare kind of animal. Jaguars are few. Rich guys are not many too. You will meet these hommies uptown. These are the cool guys on IG with selfies in exotic places.

I could choose horses to represent rich niggas but horses are pets. They don’t live in the jungle. Men live in a jungle. You can be eaten here if you are not a strong animal.

These are indoor guys. They are not wild. Zebras don’t hunt. These are boys who don’t eat red meat. Vegans are found in this category. You will find them doing normal activities and just chilling out with mango juice. Quiet humble hommies.

They love sports. They get violent and rowdy when their teams lose. I think most football fans fall into this category. Think of Manu fans.
Wherever you find yourself I couldn’t care less….