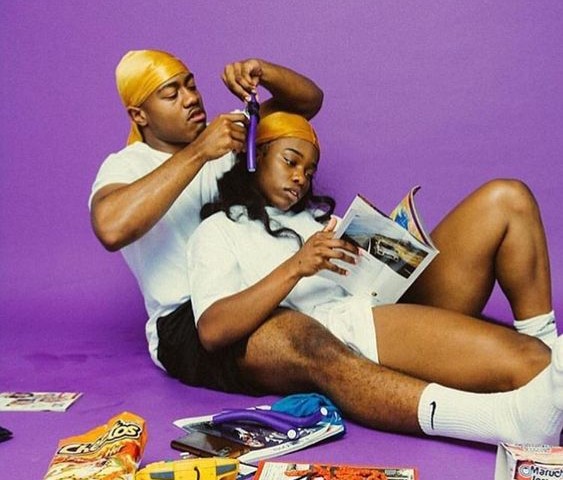 Dating is called game because it is full of players. Ladies on one side and we the boys on the other side. And we are all trying to score lovers or partners. Don’t hate the players, hate the game. And for a team to be successful, people have to be willing to pass the ball to one another so that whoever has the best chance to score can take a shot. If you see a team where everybody is trying to score and not willing to make the pass to a better positioned player, they are likely to lose or even draw like what happens to Arsenal and Manu most of the time. You see a guy insisting on a girl who clearly likes his friend more than him. Or you see a chic blocking her friend from hooking up with a guy whom her friend likes. That kind of selfishness leaves all of us with blue balls and dry spells. We all lose. And for what? because of selfish behaviors.

If you have a hot friend, you should humbly realize that some people might be nice to you because they want to get access to your friend. Not you please. Si wewe. And it is not a bad thing, just clear off the way. Don’t make things harder than they already are. And you also gain some charismatic power like that. When you are around cool people, you also look boujee. You might also land yourself some good dude or chic.

When do you cock block your friend or prevent your hommie from hooking up with a certain chic? I believe at no point. Unless it is a life or death situation. Why are you trying to own your friend as if they are some piece of property. I set my hommies free. Let them hook up with whoever they want. It is rarely my business whom they sleep with. My friends have their lives and I have mine. Actually we all had a life before we met. And that shall continue even in case we separate.

I trust that your friend is mature enough to make their own decisions, that is why you are friends in the first place right? I therefore see no need to act like an obsessed lover when someone hits on your friend. Stop thinking for your friends.

Okay, let’s say it is you and your friend and there is a girl here who seems to like you both. What do you do? Most men would compete so that the best man may win. I say no. I suggest you exit and let your friend take over. That is the kind of genuineness a true friend has.

Let’s say there are two chics who are friends and they all like you, in fact they are trying to get your attention. What do you do? Choose one? I don’t know, first of all I don’t understand why chics can’t just step back for their friends. These girls will compete over each other like nonsense…mbona madem mnakuanga ivyo lakini? si unaachia tu beshte yako. But chics won’t have none of that, you will be the one to decide…wewe ndio utaamua kama mwanaume. In this case I would suggest what I read in some dating blog. Act skeptical and let the one who dominates win. Or the last resort is to just choose one. And still be friendly to the other.

I know a friend who does that. Are you familiar with that term? It is common in the hustle. It means you can refer someone. If you hear someone spit that line just like that person. They must be real. they are willing to pass the ball to another player who will close the deal.