Dubai Desert Comes Close with the rise of Adventure Business 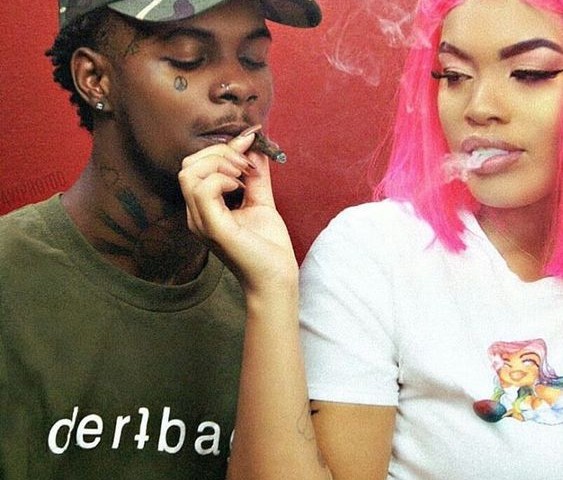 Okay, I can’t help but notice how every villain in movies smokes. It is usually a cigar or some highly priced cigarette. Commercials on cigarettes were banned from our local television but if you are to check any cigarette ad, it would be some cool looking guys in a bar chilling with a fine brand of nicotine.

I consider it a cancerous habit. People around me like some cigarettes but I am yet to even try a fake hit. And Indo, cocaine etc are just out of bounds for me. I won’t even consider analyzing them on my blog. I am not a doctor but I know that those are drugs. And drugs just fuck up people with time.

Cigarette is not a drug but we can’t ignore the fact that it has potential long term health effects. Some lay men would say the effects of this stuff depends with a person. They would even remind you that their grandpa has been smoking for 60 years and he never got cancer. Well, that might be true but you may not be so lucky like him. Cancer is on the rise so you can’t really take a chance with puffing.

I hear the cigarette made in Kenya are of top quality and when foreigners visit Kenya, they can’t help but get hooked to some of our brands here. I won’t mention which brands are held in high esteem by white guys since I am not paid to do that. But I was in a movie shop a few days back and I got talking with some clients there as we wait for our orders to be processed. One thing led to another and we got talking about cigarettes and guys mentioned how some of our local brands are just dope. They told me that if foreign clients sample some of our shit, they go crazy over it.

They even try carrying some back to their homes but I hear it is limited. There is an amount you can’t pass the airport with.

I understand why they have limited it, I can say cigarettes are not far from drugs. I see someone who sells cigarettes as a legal drug dealer. A smart move if you ask me. If I was born in those black neighborhoods in the United States where niggas stand on the corner selling crack, I would instead just go around selling them cigarettes. That would be a legit hustle for me right there. I am just playing though, I would open a cigarette store.

But Cuban cigar is illegal in some parts of the world slade? And I see it being flashed a lot on Instagram. Or maybe those are fake hits? I doubt. People have long associated it with wealth and class. Forget about women drooling over men with cigars and rolled down car windows. We boys can’t over fly chics who smoke. I hear the hottest chics in a club can be found in the smoking area. It is almost a taboo for a chic to smoke and I think that makes it so attractive.

Yea, I can blow some smoke on your chic’s face. I am not going to do that but I have heard that line in a track and I kind of liked it. It is a bad ass move to do that. Don’t go around blowing smoke around people who don’t smoke, we feel like you are choking us with that smoke. There is a way cigarette smoke kind of stick on our throats when you smoke around us.  It is not a good feeling I tell you

Sisha and shit? Naah, shisha smoking is not sexy at all, there is nothing attractive about holding that long pipe and blowing smoke like chimney, although I would see some guys blowing that smoke on their shirts. Shisha has some nice flavors and you can smell good when you exhale it on your shirt or even skin. I still just prefer using my deodorant, my natural odour is so awesome. You want to smell slade one day? Next time you see me give me a tight hug.

I like the aura portrayed by those smoking on movies and television to be sexy. It is always some bad chic or cool guy with a tight game on, where there is smoke there is fire kind of attitude. But on a personal level, I would say it is a dangerous habit.  Too much of it and you burn your lungs or is it lips? I don’t smoke though in case you wonder.