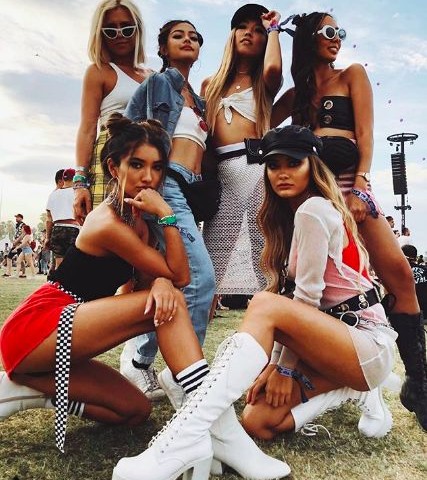 If you live in a county neighboring Nairobi i.e Ngong, Kajiado, Kitengela or Utawala I am sorry. Je suis desolee, I won’t mention ya. You are too far from CBd. I don’t know how I can help you with logistics from cbd, you need to make a Keja Move because logistics is everything when living in a city. Ooh, there is a way I can help you. And I will tell you later. Just read the rest of the article.

When I was new in Nairobi, I lived in Rongai. I was doing an internship in some institution along Langatta Road.  A little bit past Langatta so Rongai was the best hood I could think of. No, it was my cousin’s idea to relocate me to Rongai. I have a very cheeky cousin. I mean every family has one. But that is a story for another day. I found Rongai to be chilled and a bit crowded at times. But it is a dope neighborhood. The problem was the distance from town. Most meet ups happen in town. And so when I was done with the internship, I later moved to Ngong Road to live with my loved ones. And that is the first hood I will kick the list with when it comes to the best places to live.

It is just around Junction. You know where Brew Bistro for Ngong Road is located? Yea Dagoretti Corner is just in front of that dope club. If you are partying at Space Lounge, Marsabit Plaza or Brew bistro that is opposite Kenya Science, I will say that Dagoretti corner can be so convenient. Now there are many hoods around there that I have ignored because of high prices like Riara and Jahmu. Compared to Dagoretti, those neighborhoods are too pricey for a hustler so your best bet is Dagoretti. I am looking at affordability and great logistics and Dagoretti seems to fit all those. What else about that place? Rugby at Impala on Saturdays and just some nice shopping spots like Toi Market around Greenhouse. Oh, the best meat is roasted in Dagoretti. So you are thinking of making that house move?

Keja Move offers the best logistics when it comes to moving houses and offices. They handle your goods with care and no breakages. Just click here to book an appointment with them. Say blogger Slade Jeff sent you and you might get a discount.

Okay, that was just a commercial break, and so I left dagoretti and moved to eastlands. I was getting old and I couldn’t live with fam anymore. No, I was making moves and that’s means changing hoods, I could pay some bills. Mwanaume ni kujilipia stima ama? Man I thought I had experienced this town until I moved to eastlands. Fun, fun and bad chics. The three words I would use to describe eastlands. But which eastlands? I will give you options.

Dope hood. It is the largest gated community in Nairobi, actually the second largest in Africa. There is another one in South Africa I hear. You won’t get bored in this place. Some good gyms around, good clubs around gate B. This place has some life. You will see a lot of celebrities when you walk around this hood. I won’t mention whom I have seen but there are many who live here or come here. I have partied in Nyayo a couple of times and I loved it. It just has some life. But I have to say there is some water issues once in a while. All in all, the positive outweighs the negatives. It still remains one of the coolest homes in Nairobi. Thinking of moving there, just book an appointment with Keja Move and we will take you to this heaven in no time.

Ukiniona kwa mtaa, piga saluti. Nairobi west mada….there is a song that flows like that…

I can’t choose but I will say Mada is dope. I could not leave south B and C behind. A guy in our whatsapp group said South B ni kwa Ma Beast. And another hommie corrected him that Eastlands ndio kwa Mabeast and southB ni kwa ma wanabeasts…haha. It was a good laugh. I don’t want to chokoza south B guys but I have been there and I fuckin loved it. Did I say eastlands has bad girls. May be but south B has the baddest girls in this town. But I will just say Madaraka is cool because of accessibility to CBD…that place is just behind Nyayo Stadium and it doesn’t take much hustle to reach town centre. You see the neighborhoods I have mentioned before; Dagoretti and Nyayo, you will take some time to reach town but not much. Madaraka is also not far from 1824. The heartbeat of the City. Where every cool person parties. A neighborhood is not complete without some cool club or a dope mall around to give it some life. Madaraka is a little expensive though but you can share cost. You can have a roommate. Those houses are beautiful.

Have you seen the houses in England, I mean London? Old town kind of houses. You will find them in Komarock, man that hood looks like those American neighborhoods. Let me defend my statement. Komarock is built with a plan. It is the only neighborhood with an address. Nairobi estates don’t have addresses but Komarock does. What I mean is this. If you are going to see someone in a place like Zimmerman, they will tell you to just a light at the stage and wait for them there. But with Komarock, it is made in phases; 1, 2, 3 etc. So you can direct someone to come to phase 2, court xxx, house number xyz. Like that. Proper urban planning was applied there.

Oh, I haven’t told you much about Donholm but it is not far from town and it is affordable. That is all I can say. They have a big mall too.

Kiambu county, or rather the home of Two Rivers. Been there a couple of times just to get a haircut and chill out with my hommie. I got some amigos there. All I can say is that the two coolest malls in East and Central Africa are located in Ruaka. The other one has a difficult name; is it Riverra? that name sounds like some cool place in New York city. Notice that I haven’t mentioned places like Kitusuru which are around there because it is pricey. I am still keen on affordability here. Ruaka is a new estate if I can say that since it wasn’t that popular or even existed 10 years ago so there is still some potential for it to grow and get bigger.

You want to live in this cool hood? Or move offices along Kiambu Road? As you make bigger moves in life, let Keja move make your movement to new offices and houses hustle free. Visit their website or check the logo on top of the blog to book a service.

I am not a fan of living along Thika Road. Actually by this point of the article I don’t have much to write about Thika Road. No pun intended but it is just too far. Where is Garden Estate? I have it heard being advertised by word of mouth so I want to believe that it is some cool place. I know Kahawa sukari. And I hear it is a place for homes mostly. I hope it is a good place. I am yet to chill there. I just didn’t want to leave Thika Road out of this article. It is a city article.

Westie ni kila kitu. But ni bei pia so I will just choose Mountain View. I have been there once and I must say it is a nice estate. I loved those houses. Looks like a rich bachelor’s neighborhood. And again Mountain View is easily accessible. Most offices are in Westlands and if you live in a place like Mountain View you are not far from the office. You don’t have the hustle of paying a lot of fare to work. The best happy hour spots are also in westie so if you got a little money, live here.

Now I will just mention the hoods I have left out like Upper hill, Ngumo, Ngara etc which are near town but kind of quiet and not much to say about. The people in these hoods probably don’t speak for them. You need to put a word for your hood. You know what makes a neighborhood known is their residents. You think I am playing games? Which neighborhoods do you know in America? It is Compton probably. You see guys wearing tshirts written straight outta Compton everywhere you go. And why? Because Dr. Dre and every major rapper who comes from there advertised it. They literally put that small hood on the world map. The same way a certain rapper made us know Kasabun. I didn’t know such a place even existed. And where I live doesn’t matter in case you wonder.

Don’t sweat the next. Let Keja Move push you to the next level.