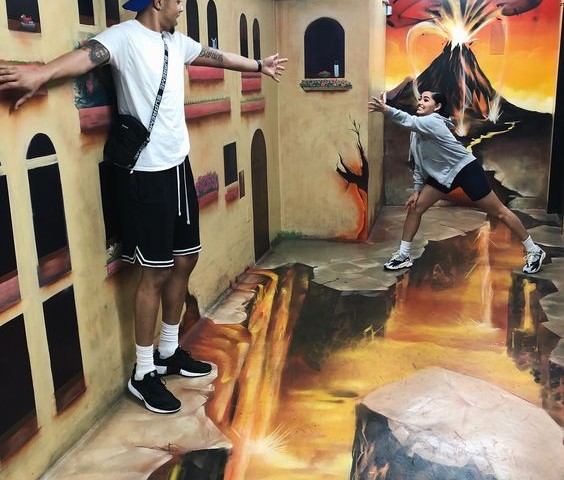 What do Nairobians or rather urban people do when they make some money, especially new money.

The first thing is finding mistakes with their houses; it is suddenly too small. ooh the neighborhood is noisy.

If they have kids they start complaining how far the house is far from their school. They are just circling round the fact that they want to Keja Move i.e change houses. It is just like when you want to leave a relationship for no reason, you will start finding mistakes in that gal or dude. vitu hata haziko. You want to move on.

The typical Nairobian lands some huge money and change estates. It is like an automatic response to riches in this city. Or they buy land to put up a home or some rentals. Ask most people what they did with their first big cheque. Even if they are businessmen, they increased stock and suddenly their business space became small. Or they hired new employees and bought more equipments and there was not enough space in the office to fit everything. It is very unsettling and also exciting when people make their first millions. They can’t keep calm.

Some of you would say they bought a car when they made some money.

Even if that was the case, they realized they don’t have enough parking space. And even if they had a parking slot, they needed more for their new friends who also have cars, I tell you when you get a car you start having friends with cars. And they want to visit. A car changes people or it is just an automatic response when you get these automatic toys. Because you start talking about spare parts, city council parking space charges, constant fuel prices. You won’t talk such things with friends who have no cars. They won’t relate. They would think you are bragging. Imagine how hard it is finding a parking spot in this hood? I need to move to where I can have 3 spots reserved for me. And that’s where Keja Move comes in as company. We help you settle into your new spaces.

But Nairobians or rather Kenyans have funny habits of moving houses. Most guys would move houses in the morning or in the evening. And this depends with the driver.

You can hire these transporter drivers and they show up late with their pick-ups which usually doesn’t have enough fuel.

The chances of their trucks breaking down or running out of fuel during the transit process is very high. Some even come very late and inconvenience your schedule for the day. This is why if you are to move a house, you will need a reliable transporter with a credible history of successfully delivering goods. Like Jason statham. Keja move runs a transporter business like statham in that mega movie ‘Transporter’. Statham always assured a client that no matter what, even if worse comes to worst, he shall deliver the parcel on time. For that to happen, you can just hit up Keja Move and book in advance. They will show up with nice trucks. I have seen their trucks and I liked what I saw. Beautiful colors. And I know you like colors. You don’t want to arrive to a new neighborhood with a boneshaker look alike Japanese truck. Usichome picha siku ya kwanza mtaani. Hire Keja Move to represent you in style.

Do you know your new neighbors size you up from the first day you arrive.  Just arrive there with some old ass looking pick up and they start thinking you are cheap. First impression they say matter? I say we got it covered with our goods delivery DNA.

And nothing screams status like a beautiful home. Or a move to a leafy suburb. We can tell if you just got money because you will move from the rundown part of town to the boujee parts. Keja Move tells me they celebrate this new success with you by helping you transit in a smooth and quiet way. And they pride their business in such small things.

So, did you guys watch that Transporter movie. Or may be the transporter series. One common denominator in the series is that this driver keeps getting clients with issues. And with goods that are to be delivered without a single scratch. And sometimes Statham had to resort to his martial arts skills to make a successful delivery. Keja move staff are not good in kungfu and Chinatown kind of martial arts. But I have been informed that even without karate skills, they have enough muscles to transport and make a safe delivery free of scratches.

We surely won’t resort to kungfu to make a transit like Statham. Statham was delivering dangerous goods in that movie or working for some bad ass clients and that’s why his shipment were facing crazy roadblocks. The only roadblock with Keja Move is bumps and traffic check point of which they pass. Hire them and say blogger slade jeff sent you.