All the time? Yea.

Okay, you just don’t know how people who have stereotyped you in a certain way get disappointed when you turn out to be the exact opposite of what they thought.

You just look like a fraud to them when you fall short of the expectations.

If you are Spanish, you better be romantic. Their culture and language is considered sexy. And so do French men.

If you are from a certain part of western Kenya, we don’t expect you to be a humble. It is not your best quality. In fact you can knockout batman with one punch.

If you are from mumias, kakamega etc…you better lay that pipe like it is expected. Chics believe you are the plumbers.

It is unimaginable how much people hold onto these stereotypes like a magnet to steel. Have you ever believed something until even if you found out that it is not true you still refuse to change your initial belief. Not because you are ignorant but just because it doesn’t seem real.

I hear that there is some truth in stereotypes. Most black people are considered aggressive and with a streak of violence. And to some extent that is true. Visit these jails and most inmates are of dark color. The color black is won by dangerous people. You all know what darkness is associated with.

I don’t know who started playing with Africans minds that anything dark is evil and anything white is pure. A white house. A dark horse. A dark knight. A white knight. 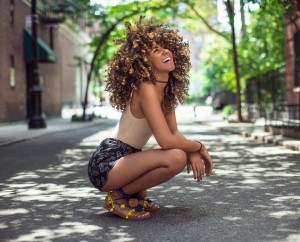 What if I cant live up to a stereotype? Fake it.

I have been on the receiving end of some stereotypes. I think everybody has been. Has some one ever told you don’t look like this or that. I once told a person that I like hip hop and he was like, you don’t look like a BIG fan, your face look like that of a chris brown fan. He stereotyped me in a certain way. I have no problem with that though. I have a quiet humble face. But you don’t want to know how naughty and chaotic I can get.

What I have issues with are bad stereotypes. You don’t want to be on the receiving end of a bad stereotypes. Look at what is happening to Nigerians in other countries. They have been painted as people who cant be trusted at all. Present a Nigerian passport to any custom officer and he will have a longer look than that of any other nationality.

And the problem with stereotypes is that it is hard to escape them. They are generalizations. The mass majority just decides that this group of people are like this. When you are in that group, it is up to you to live up to it or may be disapprove the notion they have on you. Which is pointless if you ask me, wtf are you proving? Unless you need something and a stereotype is hindering you.

If someone thinks people of your race or tribe are not intelligent or tall or tough etc. That is an open bias already and if you want to join a profession that needs toughness, you might be left out because you supposedly don’t meet the threshold. Look at the coastal people, I doubt if kdf goes recruiting there. They are considered soft. Coconut water doesn’t toughen them enough. But coconut is tough to crack, I just don’t know how those guys turned out to be softies.

But look at coastal chics. They are considered sweet, feminine and romantic. I hear they can do some things you don’t want to know. And it is true to some extent.

Gender stereotypes might be the worst or the cruel truth.

Men are expected to be tough; full of muscles, strength, grit and courage to face the uncertainties of life. This is not even a stereotype as such, it is more of a reality. And on the other hand, chics are to be sweet, shy and humble. Full of grace and just beautiful. The society doesn’t expect a man to be pretty. He will be called gay. And I don’t expect a chic to be macho, she will be called a tomboy. But even if a gal is tough or a boy is feminine, it is just cool. It is very acceptable. I don’t like gender stereotypes like these ones but they are there.

Nations have stereotypes too. Some are good, others are bad. Our neighbors Ugandans are lifeists by nature. They  party Monday to Monday. On the other hand, Congolese dress well and are talented in music. Tanzanians sing so fine. In Tanzania every house has an Rnb singer. I respect Tanzanian musicians who blow up and get famous. There is so much competition in that nation.

Kenyans are generally stereotyped as athletic i.e long distance runners. Other countries also think we all live in the jungle like the Maasai…huh! they are shocked when they come here and see skyscrapers.

I have no stereotypes though…ooh I think light skinned chics are cute! Blondes.