There are some things you just can’t say or do as a man. Don’t call it toxic masculinity. You just can’t, I mean who does that? That is one of them. These things sound so feminine and can’t get out of a man’s mouth. I cringe every time I hear men say these things;

What? Haven’t you seen it all? A 15-year-old boy with a naive outlook on life can say this, although if he is my son I won’t allow him to say it. But a 30-year-old bearded man just can’t. And just can’t is another one, I mean how can you say that. A man acts like nothing is a big deal even if he is facing the end of times. Where have you been living if you have to ask who does that? People do crazy things in this life so the last thing you should be is shocked.

Huh, straight men can’t play guessing games. They are not good at guessing. I can tell a gal to take a guess when she asks me something about my age etc. It is playful when done with a chic. But it is damn weird when another man asks you to guess. It is just very uncomfortable. Men are straight shooters. Males who act passive-aggressive comes across as weak and unable to communicate properly and confidently.

It is not a man’s thing to say bff, damn. Men say this is my hommie, I know that dude, We hang out a lot etc. You can’t just refer to another man as a bff. I swear that it gives me an awful feeling even as I write it. Men have associates, and not bff’s. It is a gal’s thing to say bff. We are boys is the thing. With men, we either boys, we know each other, or we’ve been friends since childhood. I have known some men since childhood, we went to the same schools, our parents know each other but I still can’t get myself to call them bff. I say we are family friends…that’s fair enough. You can’t even refer to another man as ‘close’ wtf is that.

What are you begging for bro? Even when a girl tells me ‘please’ it usually just sounds off. I am not used to getting this word. I get it once a year at most. It sounds like you are begging when you use it, and beggars are a turnoff. You just ask nicely, we will get what you are trying to say. Whether men or women no one should be using the word ‘please’. Please for what. Don’t please people. Love the hell out of people but don’t beg.

What’s so gross man? Eww makes it look like you have seen a big turn off. Don’t eww things out here. Men do “damn, that’s nasty”. You also can’t say ‘gosh’. What is it that you have to say such a soft thing. Eww sounds like a rabbit in pain. Don’t make such a sound. 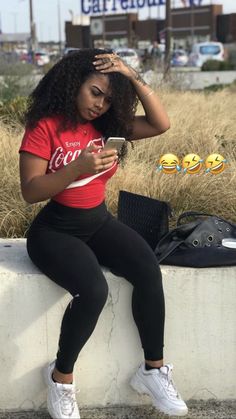 This is when texting, all you can do is send a ‘hey’ with a single y, not many. However, if this text ‘heeyyy’ is coming from a girl, then it is a very good thing, an invitation to probably smash. But from a man, a heyyy is just off. Saying it is even worse. Just keep your hey short and precise. Think of how your badass movie star like Idris or Sean Connery would put a hey. He would be like “Hey, it is like this” or “Hey, stop that”.

I will call you back

It is boring, why would a man even say that. Just use another word, “let me hit you up in a few minutes man”, that is it. I will call you back sounds manufactured and not even real. It is not a bad thing, it is just that it doesn’t sound authentic/real enough. As a man, you want to be real.

All we are trying to say is that you avoid overly emotional statements even when expressing disappointment or surprise. When texting, use short words like ‘okay’ or ‘huh’…or ‘sure’. Instead of heeeyyy or Omg!