That’s usually the cry of Kenyan females when it comes to Nigerian men. These West Africans cast a love spell on our girls and they can’t seem to get out of their grip. To the ordinary citizen, the word ‘ogah’ means sir, it is how you greet a Nigerian brother or ‘shower time’. However, to our Kenyan girls ‘Ogah’ means different things including orgasms. Kenyan chis can’t seem to get enough of Nigerian cassavas which they say comes in large portions. It’s not only that, Nigerian men are considered more manly and hotter than Kenyans boys. Kenyan men have been tamed. A tamed lion is as useless as a pet dog, it ceases being a king, it becomes a toothless carnivore. 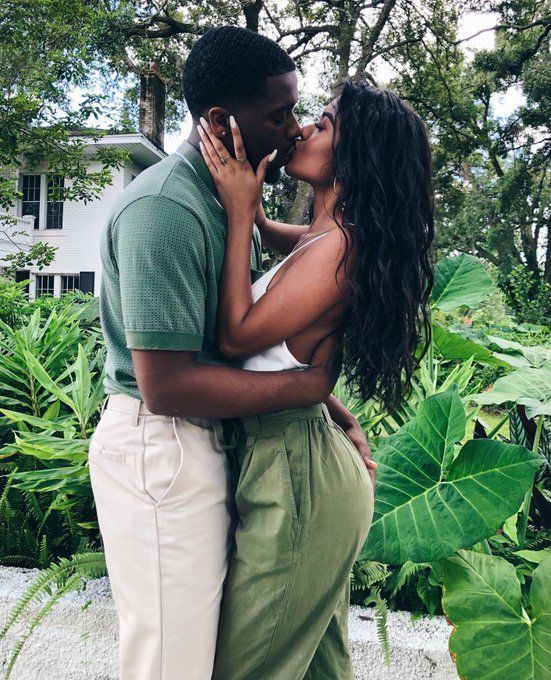 Ask any Kenyan chic about Nigerians and they will say Nigerians misbehave but in one way or another they still end up dating them. It is not only Nigerian men that are rogue in this city, but even Cameroon and Congolese brothers are also notorious with their tattoos and unknown hustles. Most of them can’t explain what they do here, selling second-hand pieces of jewelry and bleaching skin.

I was on Nigerians and they feel like they have a bad name in this world like the coronavirus, Nigerians spread so fast all over the countries causing a lot of unnecessary headaches. The few destructive ones are giving them a bad name, however, a majority of them are just pretty normal people and so what makes Nigerian quite attractive to Kenyan ladies, here’s the list;

Novelty; this is a typical response you have to foreign things. If a Kenyan man goes to Uganda or Togo, they will be considered ‘hot’ because of the foreign effect. Ladies are always looking for something unique in a guy, if they can’t find it, they will pick on nationality as a uniqueness. Even a Ugandan or Tanzanian lady in Kenya is highly appreciated!

Stereotypes; people believe in stereotypes, especially females. They have been told that Nigerians are better lovers…they call ladies ‘madam’, unlike our Kenyan men who can use the word ‘mama’ to refer to a chic. Nigerian men come across as ‘respectful’ of women even though they are real cads. And I heard ogahs can make ladies say ‘ogaoooohhh’ all night. Multiple Orgassss…I don’t want to finish that statement. I am a good boy!

Intelligence; Kenyans are quite educated but not like Nigerians. The biggest writers in Africa are from Nigerian, the likes of Chinua Achebe and Wole Soyinka. Even musically, the lyrics from Nigerians artists are tighter than our Kenyan musicians. Lyrics show the intelligence of an artist. Their English might not be all that but you can tell they have some social intelligence in the way they carry themselves. Kenyan men are nerdy compared to Nigerians.

Swag; By this I mean style, Nigerian men dress so well, keep cool dreads and can dance to Afrobeats. I don’t know a boring Nigerian man, most of them are cool. You can’t compare them with Kenyan brothers. Kenyan men have no strong presence like these West Africans…

Game; They can talk their way into women’s hearts. West African men have a very sweet tongue, even though ladies have been careful of them of late. I am a very talkative dude and each time I try verbalizing with a female they ask me if I am a Nigerian. You see ladies don’t believe a Kenyan man can be that good at conversation…I feel kind of insulted but I just shrug it off. Our Kenyan game is not that bad too, use Swahili more often brothers, if you believe in your ‘Swahili’ why not.

Aggressiveness; this is what separates the Nigerian men from Kenyan homies. A Nigerian is as aggressive as Okonkwo. They go after what they want with zeal and determination. It is the most popular African country in the world. Nigerians are known all over the world because they push themselves in all corners of the universe trying to strike deals with their pidgin. I like their language though…figure this out, before Kenyan footballers were playing in premier leagues, West Africans like Michael Essien and Ettoh were there…they are just too fast. Kenyan men might be slower. And Nigerian have marketed their art a lot, way more than us. Kenya has immense talent but all we seem to be known for is the Maasai culture and athletes! Whereas we have more to offer the world! 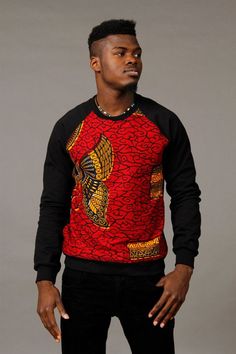 Looks; Well, I can’t describe what a good looking man is like since I am also a man but it is said that Nigerian men have better faces and bodies than Kenyan…huh. Well, as I said earlier they dress better, keep black beards and wear Ankara with jeans so that contributes to their looks. They also consume a lot of African food…fufu and pounded yams and thus they look better. Nigerian food has no burger in it. Kenyan men are made up of Pizza and chips mwitu. You can’t look good when you eat that.

As Kenyan men lay the pipe, Nigerians lay the cassava, we can’t just compete there. However, at least we don’t ghost on women as they do…they are ghosting kings. And, they ghost on everything that if you have to rent a house in Lagos, the rent has to be paid annually. No monthly payments like Nairobi. They have a habit of disappearing with rent arrears…word!