Men give out tons of compliments, but they can’t seem to take it. They just don’t know what to do with a compliment. Men are not used to being complimented, especially when they are still alive. Most men get compliments when they are dead…”oooh, David was quite a strong guy, rip tough guy”. But when they are alive, they are given tough love. A man is expected to be tough and not rely on compliments to boost his testosterone. And thus, it is weird for a man to receive compliments, they will brush it off as an attempt to get something from them, “ lol” is one of the responses from a man complimented.

This is the opposite for women, they get all the compliments all the time. Women are used to being flirted by hordes of men trying to get into their pants. Or just males trying to cheer them up. It is very normal for girls to even compliment one another…you compliment a woman, she will smile back and say “thank you” and even throw a compliment back to you at times “you are not that bad too”.  Or if you tell them you love their new hairstyle, you will often get something along the lines of “actually, I just had it done a few hours ago, you like it don’t you?” Females can’t just get enough of flirting i.e. they like talking about themselves when you point out something.

With men, it is different. You can tell a man “damn, you are smart”, and you will hear different things or rather they will take it out of context. I read on a certain website that for a man there is nothing like smart.  A male will say “I worked hard for this, I didn’t get it because I am smart”. You see, a man feels like you are ignoring his efforts when you mention that he achieved something because he is smart. In other words, you are insulting him by insinuating that he got it easy…damn! The reason I don’t compliment men.  I am smart.

It’s like saying Chris Brown is talented that’s why he puts out great music. The guy has some strong work ethics too, he is always on the hook of every great song coming out. He is always out there doing something. So, when you mention his talent, don’t forget his work ethics too. You make full compliments, not half ones. 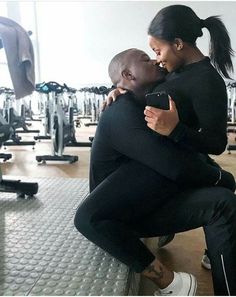 Men don’t compliment each other, you can get into a fight just like that. They simply don’t know how to take compliments, most men are guarded about every little thing. And that kicks off the list of why males can’t take compliments.

They feel like you are trying to extort something out of them. And it is true in most cases, most compliments are not genuine, especially those that come from your fellow men. You see when men flirt a girl, it is usually because they want a number, or they want them to do something for them. And thus when a man is complimented, he starts thinking the same way “what does he or she wants?”. I feel them for ignoring ‘fake’ compliments. You can’t just let your guard down every time you are complimented. Have some esteem.

A line in a certain song says, “If you ask me how I am doing, I will say better than you”. I can’t understand where such kind of arrogance or cockiness comes from but those lyrics are surely from a man, it is men who would rather die-hard than say they are feeling something; good or bad. You see, so much love can make a man soft. You don’t need compliments all the time to remind you of your self-worth. And this is not toxic masculinity. It’s just the psyche of a normal stable man. 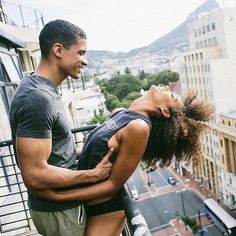 According to some research, men usually need to hear compliments more than women. However, I doubt the sample size that was used for that research. It must have consisted of some college boys who are yet to graduate into men in society. I am not going to advise men who read this blog to rely on weak compliments like “your shirt looks good” to boost their testosterone. Do you want more confidence? Start gaining small wins…win homie. Just find a way to win in every little thing that you do. You will get manlier as you amass achievements. That’s how men are made, out of wins, not compliments. I am yet to make a male with anyone by the way.

They are so much in their heads

Men can be overly self-conscious at times, judging themselves too much that even if you compliment them, it looks like you are making fun of them. Most people are like this anyway, they don’t believe they are awesome. You will notice that people quickly embrace the negative labels they are given more than they do the positive vibe they are getting. You should be dodging the negative vibe and encouraging the positive.  That energy and attention you are giving the bad vibe, you could instead be giving the compliments you get.  The problem is that most men don’t even know themselves, and even worse how others perceive them and thus even if you give them a sure compliment or a fake one, they can’t tell which is which…they will just conclude that you are pulling their leg.

A genuine compliment is like an icing on the cake, it is what completes the package at times. It’s a shootout from a top dog. You see the snow on top of a mountain, that’s what a compliment looks like. It gives a man some meaning. Imagine just being a man only, with nothing else to his character. You will be plain, just vanilla. But if someone was to say “you have a strong mind” or “you are such a hard worker”, that would be good I suppose. You ought to be those things either way!

Take the genuine compliments, ignore the fake ones. A fake compliment can misguide you. It will make you believe something you are not.  What am I even saying, you know yourself. Take it if it’s yours, don’t if it ain’t. Just follow through the compliments…lol.

Oh, before I forget, you are smart, you are loyal (Dj Khaled voice).