That video app with more challenges than corona, whenever I see a video shared on tik tok going viral, I just say to myself in Dj Khaled’s voice “another one”. Tik Tok is like a time bomb for viral videos that are just about to drop. I like writing about apps, and this Chinese-made app has caught my eye. I used to flirt-eye it for a while but now it’s so much in my face, I am fucking with it. It has been a tool for teasing men of late, no more sending nudes these days. Just tik tok videos of girls twerking like they have no spine, whoever can dance best to the latest club banger on tik tok sets the bar for the challenge. Seeing is believing, the problem with sending nudes is that they could be edited and taken from the right angles, but no more my reader, with tik tok you see these things real, in movement from all angles.

Most apps are American. However, Chinese apps have been coming hard of late, ask people about WeChat, it’s another dope app. With it, you can transfer even money. Whatsapp was king and I believe it still holds the record for simplicity. However, tik tok allows people to put up challenges, and what are we challenging? We had a push-up challenge in our Whatsapp group where guys put up their videos doing the highest number of press-ups they can pull off. The highest was 45. That’s not bad!

With Tik tok, it is like a clock on a wall pushing time, and that’s the role of this app in these sad times. It is helping us kill time during this lockdown. That’s the only way it is relevant at such tragic moments. Otherwise, I would have considered it an app for slay queens show-offs. Girls would make those videos with their tongues out and share them for us to react. That’s not a talent, anybody can take a video with his or her tongue out, BUT dancing is a legit skill. And tik tok is doing a great job in promoting dancing prowess of girls in this city. I think those tik tok twerkers and waist whiners should consider professional dancing. Some of them can seriously dance. 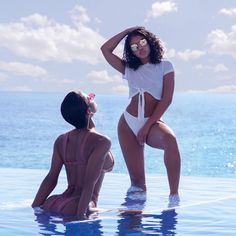 Most Kenyan music videos are not showing us enough dance talent. The lyrics have been fire, the beats have been good, and the only thing we are waiting for is the dance. The kind of dance we see in Chris Brown and Ciara music videos. There are better dancers on tik tok. If you are a musician consider shopping for some dancers on TiK tok videos.

I used to think it is lame making twerking videos but I have reconsidered that stand. I have seen girls drop it down like it’s going down.  Dancers are not only twerking, but they are also whining on both sides, from left to right, grinding and belly dancing all at the same time.  And I bet none of them have been to a dancing school, they just learned dancing in the streets, now they are terrorizing our timelines with their skills. You make me curious, which part of the streets did you learn all that from? You see for a talent like dancing, you can train someone to become an awesome dancer, however, there’s just so much you can train, a naturally talented dancer will be more appealing. They are born for this. It is like painting, try training a natural painter, they will turn down your instructions and just create their own thing…which is going to be better. Those tik tok dancers are naturals. 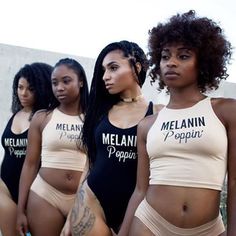 I am pretty old and writing about apps like tik tok makes me feel kind of odd. I grew up in the days when dance challenges were on shows like Ktn’s dance 360. That’s where we could watch the latest moves. It used to come on Sunday night if not Wednesday I suppose. It has been ages. So, you had to wait till the show come to see the killer moves. Another place to watch some dance would be in ‘Stomp the Yard’ movie series. I was a fan for a long time until the new technology took over by storm. Now we can see guys getting it on from all parts of the world. For a second, everybody tried dancing and posted their videos dancing. But they didn’t get far, when the real dancers came to the show, they took over tik tok with a storm.

This app is purely famous for dance videos, nothing else can be said about it. I am yet to use it but whatever is created there and shared on Whatsapp usually reaches my phone. I didn’t even take it seriously at first, just the same way people ignored corona warnings till it became real. It just got my attention recently that every trending video has a tik tok signature all over it. Tik tok, I don’t know who you guys are but wherever you came with the idea from, may many more come through. I am a terrible dancer and I used to think anybody who can shake their behind is dancing but not from what I have been seeing on tik tok videos, guys are clapping, moving every inch of their petite bodies to the rhythm and just giving us entertainment like it is supposed to be during such times. Continue doing what you are doing girls, we don’t know what you are doing but we like what we are seeing.