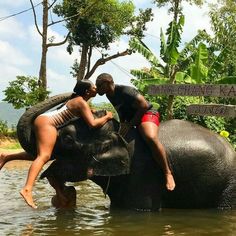 For a long time, I struggled with finding a good show to watch until I came across NatGeo. It is not just entertaining but also very informative. For a while, I have been a fan of this animalistic show. Watching different characters in the jungle trying to survive is interesting. Survival seems to be the only concern of the entire animal species. As opposed to humans who are concerned with many things like success, and leaving a legacy, animals are attuned to just make it to the following day without being eaten or thrown out of their territories by a stronger opponent.

We are not wild animals and there’s more to us; we have brains. We can think as opposed to hippos and rhinos with zero IQ. Animals use their instincts more as opposed to brains. They can sense movements, and threats from miles away and combat that with their teeth and claws. And that kicks off my list of lessons from national geographic.

You should protect yourself from attacks

You have to do it. You’ve got to defend yourself from physical attacks, there are many ways I have seen animals do this. The main one is by fighting back aggressively to an attack. Or even attacking the opponent at the slightest provocation. The second one is by running away. It is cowardly but effective with small animals like gazelles. As humans you can defend yourself by any means, you can get a licensed firearm or learn martial arts. Do some boxing at the gym.

There will always be attacks from enemies. People who want to be you or just haters. The attack may not be physical but it is still an attack, maybe verbal. All these shades being thrown your away, you got to be able to recognize them using your instincts or brain and act accordingly lest you get destroyed. Don’t let invaders into your territory. Protect your peace. Be a good debater and learn verbal smackdowns. Very few people have the guts to attack physically and thus most of your challengers will come verbally or try to tool you.

Fisi the Hyena has a bad name

That animal is something else. It eats anything. It is the only animal that doesn’t have a dry spell of food in the jungle. It can munch any shit on site. Just like the human team mafisi is always down for any female, the jungle fisi is just as hungry. The hyena must have a strong immune system. And its mating is something else, they are ferocious. Lions can’t even come close, don’t ever call yourself a lion in bed, lions mating takes 20 seconds. It is the laziest animal in the jungle, those male lions can’t even hunt. All they do is protect the territory from attacks and mount females lions for two minutes. I lost respect for lions after watching NatGeo for a while. And that brings us to the next point.

Yes, they are. And there are some lessons you can learn from deadbeats. They are good when it comes to protecting their mating rights by fighting off other weak males but very poor at providing. NatGeo is opening my eyes to some things I always take for granted like mating rights. So just the same way humans get jealous and scare off men who threaten to take their women so do animals. For animals, it is even more real because there is nothing like conjugal rights in the jungle. It is called mating rights where the strongest male gets all the rights to pass its genes. This weeds out the probability of siring weak offsprings. Humans try decorum by insisting on relationships before childbearing. Lions are deadbeats because they will mount females and don’t even hunt for food to raise for those cubs. What a loser.

Once you have rights, they are not guaranteed, you get the rights to mount females by being a strong species and continue being the most dominant one. You fight off attackers by all means. This is for men, there will always be men trying to snatch your woman. Unlike animals in the jungle, you won’t have to fight them off physically but you will have to remain strong and unshaken in your relationships so that your female doesn’t view you as weak and give it to another man. Animals don’t cheat like us, they just follow the leader. If the male leads dominantly, the females follow. It is the same case with gorillas, the silverback’s main role is to protect the territory and remain the head and the females respect that and submit to his dominance.

Be a dominant man if you want to get laid. It is quite a responsibility being the alpha but it seems to have a lot of perks both in the animal kingdom just as it does in real life. However, with humans it is really hard stopping someone who wants to go out and have some fun, humans have sex for different reasons as opposed to baboons or gorillas who have sex for reproduction. It is more of a leisure for us. 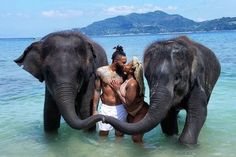 Not in the way you think. Lions can kill elephants. Bears and wolves can kill buffalos and eat them. Lions and wolves are smaller in size but when they hunt in a group they can easily drop down some big meat. There is always confidence in numbers. Men, you don’t have to be big physically to achieve things. Work with other men when needed to reach the milestones you want. However, if you can get bigger it can give you a little advantage. Yes, big animals like elephants can be killed but very rarely. Only the small elephants get eaten by lions and cheetahs. These carnivores are the real savages

Humans are not savages

Don’t call yourself a savage till you watch national geographic. The carnivores are beasts of nature. They can eat a whole family of gazelles. We don’t have those killer instincts as humans. Some men may be beasts but not killers. I only know of rappers who claim to be killers. However, you can have killer fashion, killer talent etc. Killing wild animals like poachers do and selling their parts does not make you a savage, it’s some destructive habit. Poachers are losers.

Let animals kill themselves, humans are also animals but don’t belong in the jungle-like giraffes and lions.

Eat or be eaten

As a man eat red meat, or just eat flesh at home. There is no fun eating greens like a herbivore. If you want to get more animalistic, eat a lot of steaks. But I don’t know what you will do with all those animalistic instincts in the concrete jungle. Out here we don’t survive with claws and canine teeth. We fight with brains and guns. However, it is all good to be on top of the food chain, be the one eating and not the one being fed on. Those low in the food chain like buffalos don’t live long. They get killed by lions and cheetahs.

Change with the seasons

Those animals can adapt to changes in their environment for survival, humans have a problem with changing times. Things might not always be a smooth run all the time. We are here with a corona situation that requires us to completely change our normal way of life so that we can see the next day. We might not have a hardcover like a tortoise but we can hide under masks and lock up ourselves in our houses. Wildebeests migrate to another territory when the ground gets too hot and it is considered one of the eighth wonders of the world. It shouldn’t be, they are just a little smart than other animals who would rather die than move to a safer place.

I have been a big fan of NatGeo of late. I don’t like television that much but I have come to appreciate the effort they put in creating it. It’s one of the best programs, I can’t think of any other thing close to it…may be shark tank. You can watch it today!