How to deal with a Flaky Friend

What is a good woman

How to deal with a Flaky Friend 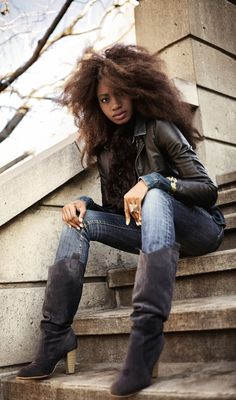 There’s that one friend who is always ghosting on you at the last minute. He is not a bad person but you can never be sure of his attendance. Sometimes he shows up and other times he never. He is not a horrible person, just flaky. He might also come across as disorganized and unreliable all in one. Flaky friends are all around us. They not only flake in person but also their communications are poor, they can reply to a message after two days, or return your call the following day.

One thing you will notice with my description of a flaky friend is that he is still making an effort to reach out or reply, he or she just seems slow or clumsy in  doing that. His time might be limited but he still creates some time to catch up. There is a difference between a flaky friend and one who is flat out not interested. The latter will never make it up to you…no callback, no text reply ever!

When you realize a friend is overly flaky, just understand where he is coming from, he seems caught up in a lot of things and unless you are meeting up for something crucial, the dude is less likely to show up. If you are just to hang out, that can pass if he is busy. But if you are to discuss an important business deal, he might be too cool for life to flake on that. Either way, his flakiness should not disturb you any bit as long as he reaches out later to meet up.

The second mindset is to understand that things pop up, we call them wild cards. In Nairobi, this can be traffic or you can be held up way longer than you estimated at one point. And by the time you are done, the person you were to meet later has already thrown in the towel and gone home. Some people are impatient, you are late for a meeting by 10 minutes and they are gone, just like that.  Don’t be like that; if your friend always delays and you leave before he arrives, he is not the flaky one. You are the impatient one.

The third part of flakiness is the miscommunication aspect of it. Figure this out, you are to meet in a place and your friend tells you he is on the way. However, his phone goes off and by the time he arrives at that place he can’t locate you. You might be there but on a different spot. If you are to meet someone at the Nation Centre, he might be waiting at Mojos. So by the time he arrives there, he can’t find you, and he leaves because his phone is equally dead. This is just a mixed-up situation that didn’t go well because of other things outside your and his control. And most flakiness happens like this, it is not usually because the person doesn’t want to meet you.

The very sure way of dealing with a flake is to not make it a big deal. It’s okay to rearrange the meet up to another day. As long as your friend makes an effort to reach out later and plan for another time, it is not a thing to panic about. No worries yet.

One thing about a flaky friend is that you shouldn’t make him or her best friend if you are those people who create best friends. Or you should just alternatively have many friends which is the route I prefer taking. In that way, if the flaky one does not show up, you can just call up another one when in need of help. Flakiness means they are not reliable well and thus cannot be depended on when it comes to an emergency.

You don’t want to date a flaky person either; it is okay if they are your friend. If you need a partner that you can rely on all the time, then a flaky one is not the right choice. However, if you don’t get overly attached in your relationships and you are independent, it is very okay to be with a flaky person.

Above all, things pop up in life, they say shit happens and you can’t get mad for that. We’ve all flaked at some point. But constant flakiness is a problem with some people. Once you notice it, just shrug it off as one of those rare types that can be late but can still come through. Allow it moderately.