Why women ask if you are gay

What to do when your life is in danger

Why women ask if you are gay 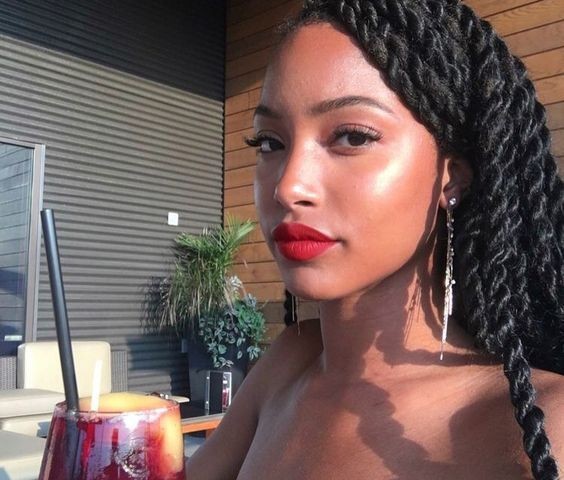 I don’t like gay stories; I have always had better things to talk about. Gay people have been there and will always be there, in fact, they are more common nowadays than before. People no longer hide if they are gay but quite a number still do, there are lots of closet homosexuals. And if you are a young single man in your late 20s and 30s, the society might be suspicious that you are a man fan.

I doubt that there are many gay people as it is portrayed in the media. A gay person is completely not attracted to the opposite sex, what we have around are rather 90 percent straight men with some gay tendencies. Most men who are ‘gay’ actually have girlfriends and date women way more than men so they are not really gay. And women who claim to be lesbians are rather straight girls who were disappointed by men; very few are actually butch lesbians who have never dated a man in their lives.

The man you are calling gay might just be metrosexual or spornosexual. Which are still groups of straight men with waxed skins.

I am not into that middle thing, you are either gay or straight, it is good that way. Being a bisexual or pansexual is just confusing to people. Most Africans are straight because our upbringing does not advocate for it, we are a conservative society. Someone turning out gay has something to do with his environment. It’s not entirely genetic.

Considering that there are many gay people in the city, ladies will always try to check if you are straight when you try to date them or when they try to date you and you don’t do anything. And men will also ask if you are gay just to be sure that they can trust you, they might be suspicious you are hitting on them…lol. However, I want to address why a woman would be concerned if you are gay or play both sides.

She is attracted to you

She has tried to sleep with you and you ignored. Her first thought would be “is he really straight?”. If she is a hot chic many men want to sleep with and she offered you a chance to enter her body and you didn’t take it, she might conclude that you are gay. Women are poor at handling rejection, she won’t just accept that you don’t like her; she will instead rationalize that with “maybe he is into men”. Don’t be quick to be offended when a woman asks you if you are gay. She is just a little concerned, which is okay. If you are gay you can easily bring her diseases from other men…oops!

You have feminine mannerisms

Anything feminine from a man is considered gay. There are men with feminine faces, pretty boys in case you’ve never met one, but don’t be fooled; they are so aggressive under the sun.  They can kill a bear with their bare hands. The outlook of a man can be soft but he is super hardcore inside. If you have a feminine look and speak too softly for a man, a lady might think you are a bottom.  Which is not true always, most gay men come across as very manly at times.

When you dress well, take good care of your skin and hair, do manicure and cook your own food, you are not just clean, you are a little gay. Do you know why? Because gay men take really good care of themselves, even their fashion is on point. I have read on fashion blogs that if you want to change your wardrobe, you should look for a gay man to help you with that. They dress well. I am not heeding that advice; I would rather just Google fashion tips.

It is not bad having a feminine side, so that doesn’t make you gay. Most men who try to be too macho end up coming across as jerks and assholes with no social calibration skills.

She heard gay rumors about you

There might be gay rumors behind your back and you don’t know, she went through your social media pages and saw pictures of you with other men or check your comments and interactions with other men. Or she observed how you behave around other men and thought it was a little gayish. You have a homoerotic vibe and she didn’t feel that. Now she is just trying to confirm if you might be gay. This is not a problem because some men spread gay rumors about other men to eliminate competition.

You don’t have sex with her a lot

If a woman is your girlfriend and you don’t bang her enough or you turn down sex with her a lot, then she might conclude that you may be gay. If you are not so into her she might think you are into men. And you might be using her to cover up your gay lifestyle. This is strange but yeah, it can be a reason.

She is insulting you

This can happen if she calls you gay as opposed to asking. When a woman asks if you are gay, it is a question but when she changes her tone to calling you a faggot, then it’s now an ‘insult’ depending on how you view gay people. If you have no problem with gay people then someone calling you a homosexual is not really an insult. But if you find them disgusting, then to you it is an insult. How you react to insults says a lot. If you react with anger and fury then it is a big deal, you see gay as really bad.

You said you are gay

Some men like gay jokes and will say they are gay in a playful manner, and the lady becomes a little worried, “is he really gay as he claims or he is just messing with me”? This might prompt her to ask if you are gay when the joke is all over. You said it yourself. A friend of ours once told a girl that he is gay and the lady was really concerned, he had to tell her that he was just pulling her leg, and she was relieved at last. The things you tell women as jokes, they might take them seriously. You can joke with your boys about these things but not women.

When you get these questions you want to give an explicit answer that clears any doubt in her mind about your sexuality especially if she wants to date you. She doesn’t need to find out later on that you have been cheating on her with a man…just say that you are not about that and you are into tall, well-endowed women like her. But at the same time don’t be disrespectful to gay people, keep an open mind.

Above all, one thing you don’t want to do is over defend yourself when she attacks you with the gay accusations or questions, it might seem like you are hiding something.  Don’t squirm, tell her it is not a bad thing but you just prefer women, it is your nature. You don’t roll like that.

In turn, you can also ask her if she has a girlfriend since most of the people who ask gay questions tend to be gays; they are looking for new LGBT members.