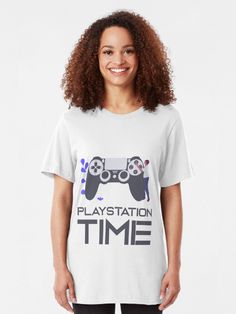 Every man’s dream, no every boy’s dream. It’s also every girl’s dream to buy PlayStation 5 for her boyfriend.

Do you know what you are doing ladies? I will forgive you because you don’t know. I don’t mean to be a spoiler but you are teaching men how to play. Not just play Fifa but also play you.

I don’t play Fifa but I know that PlayStation makes men players. The only game they play there is Fifa. I am not jealous because I don’t have a girl who can buy me a PS5. I am just saying that playing imaginary football is not something real men do. Men play football made of rags and ropes, that’s where it starts. I can say PlayStation is for cool kids who have never kicked a football with their barefoot. Otherwise, why would a man play online football? Those are slay kings.

Whenever I review apps, I have done;

I am on PlayStation 5 and it’s promising a lot, not in terms of games but also in relationships. The ladies think that if they buy play station 5 for their boys, it will iron out all the relationship issues that they have…that’s from the memes I have seen. I can’t bet on this, I remember my friend’s girlfriend bought him pads for playing PlayStation when we were in college. He thought it is the sexiest thing a gal has ever done to him. However, that gal was just spoiling him, making him lazy. He could spend a lot of time playing grand theft auto and all kinds of games.

I am not into gifts, it is not my love language, I tend to turn them down most of the time. That’s why I don’t think PlayStation 5 can fix a relationship. It is just an item… However, some people are so into gifts, they consider it a sign of affection when someone gives them a thing. And PlayStations are darn expensive.

The incoming play station 5 has promised the world to its users. And ladies have promised men that they will buy it for them, be careful with promises. According to my friends who play Fifa, they are all looking forward to; good graphics, more difficulty level in playing, and more reality in the game from PlayStation 5.

There is so much that has been said about this PlayStation 5, I hope it lives up to the hype. I ask my neighbors who like playing Fifa about it and they tell me it is just like playing real football. And all you have to know is about different players and their abilities to win games. If you were to make a mistake in picking the wrong team or give a ball possession to the wrong player, you won’t score outside the 18. And on top of that, they are also having sleepless nights over this play station 5. They keep talking about its great graphics.

This article is coming from a man who doesn’t watch football a lot, and I have had to research further about this topic before putting it on paper because it has been talked about a lot. And Kenyan men are emotive when it comes to PlayStations, they like the challenge it provides every time they advance to a new PlayStation.

These video games are good; they are for killing time on weekend afternoons, or when you need a mental break. However, I think there is an obsession with PlayStations. And I am not in a position to dictate whether you should buy it or not, I play monopoly and chess at times, so if play station is your thing, to each its own.

It’s okay to buy it for your partner if you want to…but don’t feel pressured. It is not a life or death issue. Let me say the premier league is also back! At least we can watch real football.