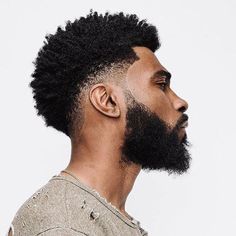 Migos and French Montana said they feel like Moses in that mega hit. I liked Chris Brown’s chorus in that song, I have to say that before I continue. As for me Slade I feel like Samson at the moment. It is just that there is no Delilah in this story. I slept during a haircut. It must have been fatigue or just some weird feeling that made me doze off, only to wake up with no hair. And guess what? It’s the best haircut I have ever had.

I have had this barber for a while considering that I don’t cheat on barbers, Ask men what happens when they play their barbers? My hair has a unique touch and it usually takes me a lot of time to get a good barber that understand my hair. And once I find one, I tend to retain them for a very long time until I change my neighborhood. Trust me finding a good barber is not always easy, it is like getting a good surgeon or a negotiator, and they are rare.

I have had this barber for a year and whenever he is shaving, I usually give him directions on what to do, I pull off the same hairstyle each time but I usually give it some tweaks here and there just to play with it and see what might come out. Don’t call me a slay king yet, I have discovered that a good hairstyle goes a long way in helping me come across as a sophisticated fellow. Which is something I like.

However, this time round I slept and it was up to the barber to figure out something that I might like. It is like when someone gives you a job and then tells you what not to do…all he says is “be creative”. And he walks away. He just gave you all the creative freedom to do all the magic. They say “it doesn’t make sense hiring smart people and telling them what to do”. It is democracy at work. And I say it doesn’t add up going to a hair stylist and telling them how to style your hair…that is not your job.

When I woke up and all I saw in front of me was a mirror with my reflection in an undercut and well-trimmed beards, at first I thought it was one of those cases of guys who steal dreads from people when they are sleeping in the bus. But when I saw my barber smiling at me, I was relieved that it isn’t theft. I just node off with a hint  of smile in agreement for the good job done on my hair.

I said that there was no Delilah here, but it seems there is. After such a fresh haircut I feel like going on a date with a crush. I get the confidence to talk with women. In fact, I told some lady friend of mine that I have this new sexy hairstyle and I would want her to come and check it out. You see when women spend so much on their hair and pedicure, it is to be noticed, and standout from competition among other females.

When men take some time taking care of their hair, it is ether peacocking or just to reduce the time you spend in the morning combing your hair. The latter is for school boys. They don’t have 30 minutes to wash their hair with shampoo. That time could instead be spent studying molecular formula. That’s why they shave bald like men in the shaolin temple. I believe students should shave clean like inmates.

Talking about shampoos, that barbershop had this shampoos that doubles up as conditioners, leaves your hair looking soft like that of Samson. I still don’t understand how Samson was fooled by that chic Delilah. Well, my mum told me Delilah was a good dancer, a very seductive one. And Samson, a tough hardworking chap fell asleep like I did after a long day of sweat, blood and grind. And she sneaked and cut of his kinky hair just like it happened to me. Only that in this case I had allowed my barber to cut my hair. It was not deception.

You see Samson had his strength hidden in his hair, and that means it was also his weakness. Some people have the same strength as their weakness, weird right? Even though I don’t believe so much in weaknesses…you can eliminate them like Delilah did to Samson.

You see women are attracted to strength, they also want to know where your weaknesses are hidden, and if they find it like Delilah did, they will use it against you like Delilah did, she chopped off that guy’s silky hair…don’t make the mistake Samson did by exposing his weakness to a woman…now you think I am being funny, don’t sleep during a haircut, it was just one of those days!