Best men’s Lifestyle and Dating Blogs on the Internet

Sleep is Underrated (It’s Not Only for Lazy Men) 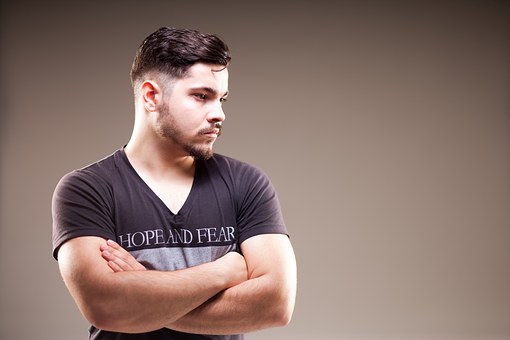 “Just trust me” is always a statement from many men who wants something. When I think of trust issues, I bet any wise person won’t just trust anyone right off the bat. In fact, it is very much allowed not to trust a new person; I mean you don’t know that person from nowhere.

If you trust easily, you might be naïve and exposing yourself to all potentially bad situations. I think the media has scared the shit out of us, showing us all the bad things out there. In movies, we are shown wars, scams, love gone bad, and all kinds of nasty things. Sure, there are bad people but they are not many. 80 percent of people out there are normal and want nothing bad out of you.

So, here as some clear signs you lack trust, or maybe you trust too much.

You Have too Many Questions

A conversation with someone who lacks trust feels like an interview. They fire queries like an online survey form. In fact, they have more questions than a police interrogation room. By the time you are done talking to them, you are just exhausted like someone from a two hours exam room. People avoid those with too many questions because they sound like witch hunters.

The best way to go about it is to ask a question and give possible answers so that the person you are talking to doesn’t feel like you are interviewing them. You can say “so you like ice cream only? Or you are into other milk products like milkshake and yogurt”. That’s how you drive a conversation forward without coming across like an interviewer with trust issues. If you are texting make statements, don’t put question marks at the end of everything.

It is good to question things at times but you can’t be questioning everything including facts. The sky is just blue, and the sun is just the biggest star.

You suspect people are out to get you. In fact, when coronavirus was declared a pandemic, you instead chose to believe the 5G conspiracy theory. You still think the thing is a hoax. If you think corona is made up to scare people, you are definitely very low in trust. I don’t trust the mainstream media as such but some things are just so direct in your face and you can’t deny them. We can both see the effect of coronavirus so you can believe it is there.

There is scientific evidence that this virus exists. If you don’t have it, it doesn’t mean it is not there, you are just lucky or you sanitize and keep a social distance as advised so continue doing what you have been doing. But if you still think it is a conspiracy theory, you are one paranoid son of the soil and you have some serious trust issues. Just trust the governments of the world on this one thing even if it is usually hard trusting them.

You Don’t Trust Yourself

How will someone trust anyone or anything if they don’t trust themselves in the first place? When you lack self-belief I can say you have confidence issues, esteem issues, and even trust issues. It’s okay to doubt yourself when you are still a rookie in anything but even still you have some gut instincts. At a certain age, you should trust your judgment because you have been exposed to enough life.

You have trust issues when you even question your standings and decisions from time to time. It’s okay not to trust at times, but you should at least get to that point where you trust yourself enough to read people and situations better.

Trust in your abilities to figure things out with enough time.

When you are given new foods or drinks, do you try them or you shy away from them? You might not trust your stomach to take in foreign substances. You are super careful and that’s not adventurous. You don’t only fear what new things might do to you but you also mistrust that which you haven’t done before. There is always a first-time for anything so don’t be scared.

You Call everybody a Liar

Huh, to you everyone is lying, how comes? You don’t trust anybody and that’s one big sign of trust issues. It means you have been lied to many times because believe you me people with trust issues attract bad people who can’t be trusted in their lives. Even if they get good people, they will be paranoid as I said earlier, and push them away. They only end up with those untrustable people like them, you attract what you are. They are poor screeners of characters these people with trust issues. They lack the ability to tell a trustable person from an untrustworthy individual and thus they sometimes resort to calling everyone a liar.

Okay, this is a double bind. If you wear rubber all the time even in committed relationships, I can say you have trust issues. And again, if you don’t wear condoms at all, you still have trust issues because you trust too much. So, what option do I leave you with? I say wear condoms whenever necessary, and this is a big grey area with no black and white and sometimes you have to think in black and white when it comes to something of life and death situation like wearing condoms.

And wearing trust condoms doesn’t mean you have trust issues or you don’t. It’s just a name.

I wear condoms all the time, but you can’t say I have trust issues; I just love me too much. Exhibiting one sign on this list doesn’t mean you have trust issues, just like coronavirus, you have to show many symptoms before we say you are diagnosed.

You Yourself Cannot be Trusted

There is no way you can trust someone with trust issues. They trust no one, they don’t trust themselves, they don’t change their minds in light of new evidence, they are definitely untrustworthy. If people ask you all the time “you don’t trust me?” then you might be showing a lot of trust issues or you are dealing with untrustable individuals who have to tell you to trust them all the time. If someone has to say they should be trusted, then you can’t trust them.

In God we trust, and in people we audit, but there is an extent you can trust a fellow human being. Some people are more trustable than others based on your relationships with them and how well you know them.  Trust is the glue that holds relationships and when it’s not there, the relationship is as dead as a cow in a slaughterhouse.

If you have trust issues you can kill a good relationship or one that might have been even before it started. It is hard eliminating trust issues, but you can train yourself to be a better judge of character by interacting with more people. You will know whom to trust and whom to shun.