Signs you are Dating a Narcissist

Good Looks can be a Problem in Dating

5 Ways to Write Better Blog Posts Than Mine

Signs you are Dating a Narcissist 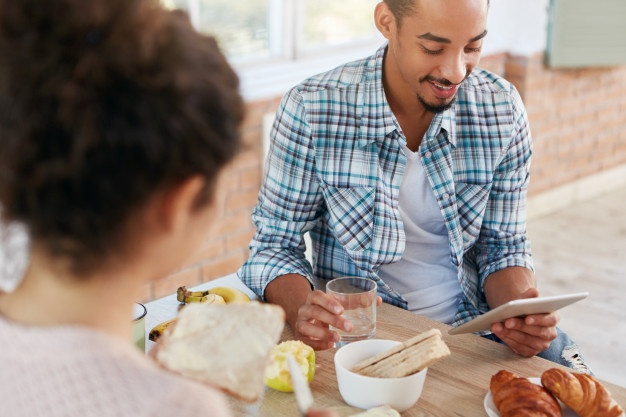 Well, narcissism started when a young handsome Greek boy called Narcissus looked at his reflection in a pool of water and fell in love with his image. He couldn’t love anyone else after that. He even rejected the advances of a nymph called Echo. I always laugh when I read Greek philosophy, mythology, and everything to do with their religions. It seems so much happened between men and women of those days that we are not aware of.

And since the young man fell in love with himself, anybody who is self-obsessed with their looks is called a Narcissist. And there are so many narcissists out there, especially with social media. Narcissists are selfish and have exaggerated self-importance. However, they are weak considering that they depend on the praise of others. If you stop giving a narcissist the attention, you cut off the narcissistic supply and they will need it back. They love attention.

Narcissism is so common, it is just one of the many dark triad traits and when a friend asked me to write about it, I was reluctant because it is not as bad as sociopathy, psychopathy, Machiavellianism, and such kind of nasty personalities. Almost everyone has some narcissistic tendencies. If you love yourself you can be a narcissist, and I think many people love themselves too much.

It is a lady friend who asked me to write about narcissistic behaviors to watch out for at the beginning of a relationship, and almost every female is narcissistic. And women love narcissistic prideful men. They chose them over the humble good boys. So, here are the signs you are dealing with a narcissist.

Believe they are right about everything/don’t apologize

Narcissists believe their way is the only way, and will not reconsider other people’s option. This means they have a strong frame and won’t back down for another person’s point of view.  This is why many ladies like them. Women like a man with a dominant frame. Narcissists are unapologetic about whom they are as opposed to most modern men who have been conditioned to be sorry about everything including their existence. It is almost a shame to be a man in this modern society. Narcissistic men don’t care about other people’s feelings. They will just do whatever they want. And that is attractive to ladies. Women don’t want men who apologize for everything.

This is the reason I said a large percentage of women are narcissistic. Women love attention. Very few women don’t want attention. And narcissistic men function the same way too. Attention is their narcissistic supply and if you withdraw it, they get hurt. When you are dealing with a narcissist, they can go mad if you don’t reply to their texts often or don’t call them a lot, etc. these are guys who give little and demand a lot back. They like admiring themselves too much and like being admired.

And narcissists are fragile because of this; attention-seeking behavior makes your esteem based on people as opposed to someone who just has good control of their lives. Narcissists hate being ignored since they believe they are very important. They have created an illusion of importance and if you threaten that by ignoring them, they can label you a bad thing or try to revenge by treating you badly.

Narcissists are low in empathy

A narcissistic person only cares about themselves and will do things that only benefit them without considering other people’s emotions. This is what makes narcissism related to psychopathy or sociopathy. At some point in life, you will have to go low on empathy for you to make a decision but a normal person knows when he is low on empathy. On the other hand, narcissists are most of the time low in empathy and don’t consider other people in situations.

A narcissistic lover is a type that will get satisfied and walk away without considering if their partner is satisfied. This is a bad form for a relationship. There are many people who are low in empathy and not narcissistic or pyscho. This is just a sign.

Narcissists also have big dreams and strive for exceedingly successful lives. They are big dreamers. And actually, most narcissistic people achieve a lot in life so it is not a bad thing. The same way it is said that some of the most successful people are psychopaths because they close deals with no mercy. They don’t care who gets hurt, if they want something, they go at it with so much aggressiveness that only a lack of empathy can fuel.  A highly empathetic person might not be rich; they will feel empathy before doing something merciless like eliminating an opponent in a crafty way in a business deal.

This doesn’t mean you have to be a bad person to succeed. But it is a bad man’s world out there. You won’t become a billionaire being a punk. And most narcissists think they can be billionaires, they dream of flying so high even eagles don’t want to fly where they dream. I was once in a cab with a friend and the Uber driver was telling us that if you have sympathy, you might die poor. We have heard stories of Steve Jobs being rude and throwing computers on the wall and people would resign a lot from his company but he is still Jobs. He made billions and gave us Apple. I am not saying he was a narcissist though, maybe.

As you can see, it is not a bad thing. You can keep it under check and it can fuel you to succeed. As for dating, women like these narcissistic boys. And many females are narcissistic. So they make a majority of the people in the dating world, just keep control of the relationship, don’t lose it to a narcissist.